On April 26, the FCC announced a new plan to reverse the net neutrality rules it enacted under the leadership of Obama-era chairman Tom Wheeler. In other words: dark times might be ahead.

What is Net Neutrality?

You see, net neutrality essentially protects you, the internet user, from internet service providers (ISPs). Under net neutrality, ISPs are not allowed to “throttle” speeds of certain content (also referred to as internet "fast lanes”), among other things. 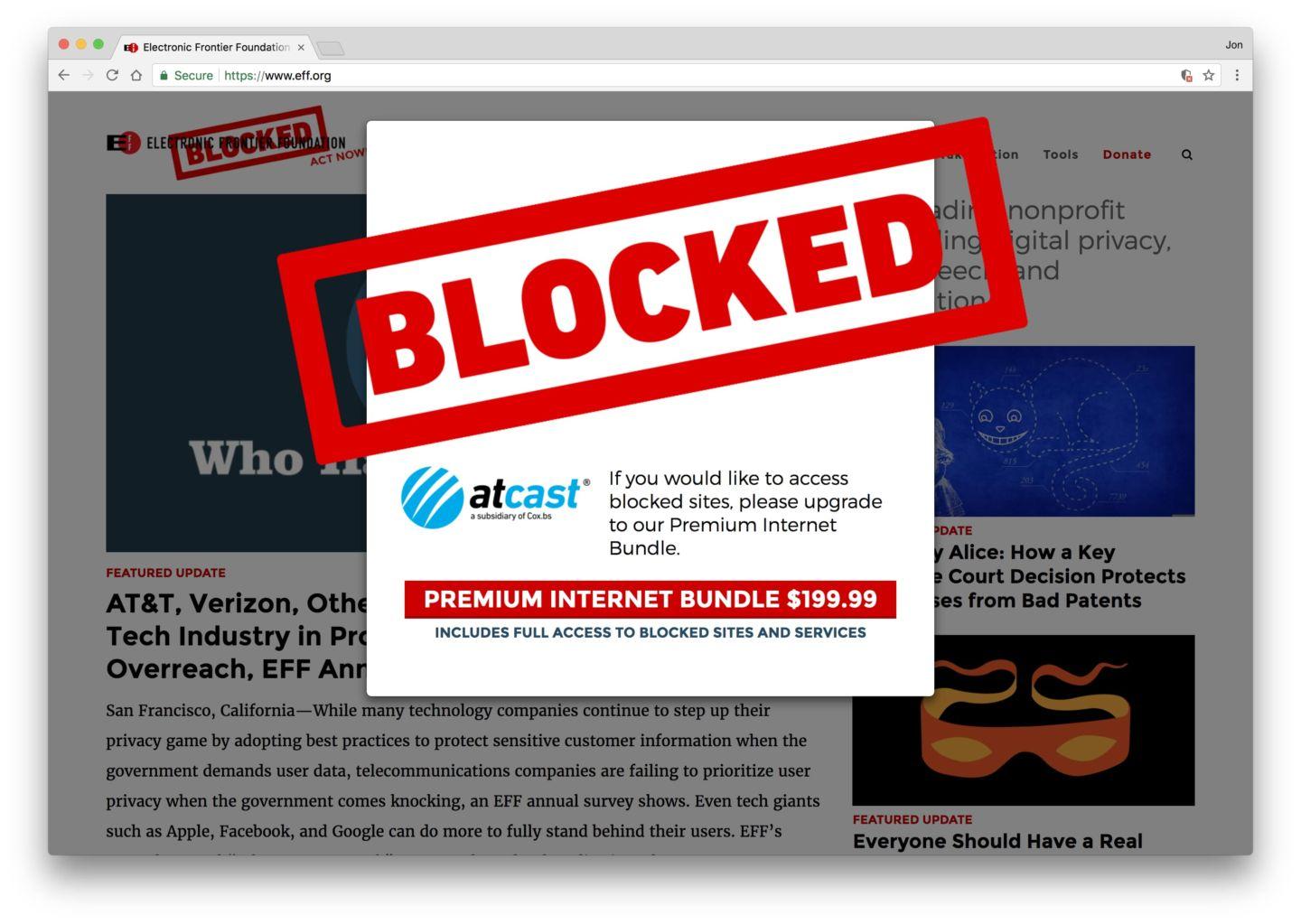 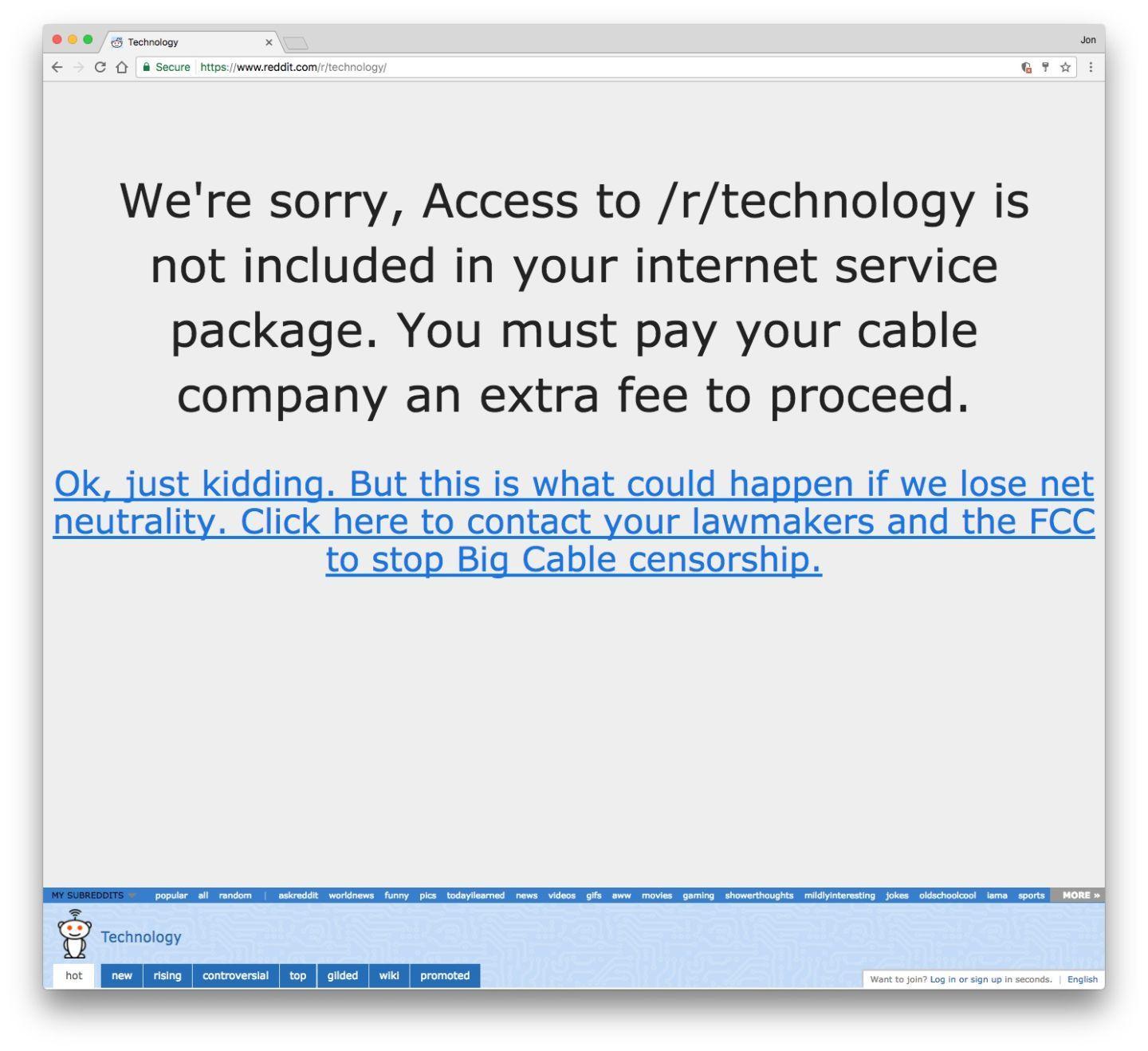 As an example of what could happen, let’s say Comcast’s CEO wants a democratic president to win. Without net neutrality regulations, Comcast could slow down all content that promotes a republican agenda - essentially stopping millions of Americans from seeing anything that doesn’t benefit the democrats.

But, political stances aside, you shouldn’t want this. It’s essentially stealing your free access to information. This rule, which the FCC is calling "Restoring Internet Freedom," will change or remove the "common carrier" regulations the FCC enforced on Internet Service Providers, which were introduced in 2015.

While “restoring internet freedom” sounds great, it brings the question…

Who’s internet freedom is being restored?

Corporations, that’s who. Comcast, Verizon, and all the other ISPs are the ones who get their freedom back; and their freedom means limited access to the internet and the information on it for the rest of us.

The new "Restoring Internet Freedom" proposal is about freeing those corporations from regulation, calling net neutrality protections "a massive and unprecedented shift in favor of government control of the internet."

Revoking net neutrality won’t stop you from playing Call of Duty or instill restrictive bandwidth caps overnight that make it harder to download games from Steam. In the short term, it probably won't affect your day-to-day gaming at all.

But net neutrality isn’t something you, as a gamer or as a member of the human population, should ignore.

It may not affect us this month or this year, but being a gamer means we’re intertwined with the internet. Any massive change to the internet and net neutrality is likely to eventually affect our hobby and interfere with streaming and downloading games.

And this isn’t just something net neutrality activists care about. Massive companies like Google and Facebook are both supporting net neutrality, and free and unrestricted use of the internet. 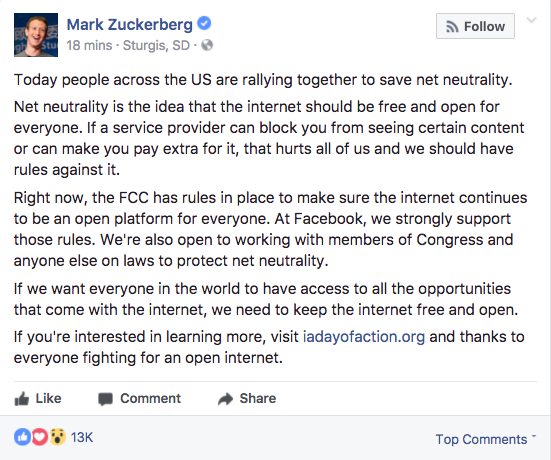 In other words, it’s a strong cause. Net neutrality can affect so much of what we do on a day-to-day basis that it’s actually difficult to understand everything it covers.

To understand fully how it will impact you as someone who plays online games, you need to understand a bit more of the legislature. Stick with me now - I’ll try to make this an easy read.

Here’s what you need to know about how net neutrality may affect you.

What These Regulations Actually Mean

In 2015, the FCC implemented new rules that regulated Internet Service Providers as "common carriers" under Title II of the Communications Act of 1934.

Basically, ISPs used to be referred to and regulated as “information services”. But, under Title II, they're now considered telecommunications services.

Why does that matter?

Because common carriers are regulated like utilities and must operate in favor of the public good. The FCC enacted the "Protecting and Promoting the Open Internet" rules in 2015, applying some (but not all) of the Title II regulations to ISPs. "This is Title II tailored for the 21st Century,” the FCC wrote. “Unlike the application of Title II to incumbent wireline companies in the 20th Century, a swath of utility-style provisions (including tariffing) will not be applied."

Here’s the key line in this legislature:

In plain English, that means broadband providers can’t discriminate. They must treat all customers - and data - equally.

There are a few other big rules these regulations enforce:

I hope you’re starting to see how this could have an affect on gaming. Imagine if the big game developers didn’t want competition, so they paid ISPs to throttle or block their competitor’s sites. And it could get so much worse than that!

With all this talk about the negatives, it brings the question...

Why Would Anyone Want to Remove Net Neutrality?

If net neutrality is so great for consumers, why would anyone stand behind removing it?

There are, of course, two sides to every argument. Let’s take a look at the stance of Ajit Pai, the current Chairman of the FCC, who believes that “the rules are paranoid, adding unnecessary governmental red tape just to guard against potential issues.”

“The truth of the matter is that we decided to abandon successful policies solely because of hypothetical harms and hysterical prophecies of doom. It’s almost as if the special interests pushing Title II weren’t trying to solve a real problem but instead looking for an excuse to achieve their longstanding goal of forcing the internet under the federal government’s control." 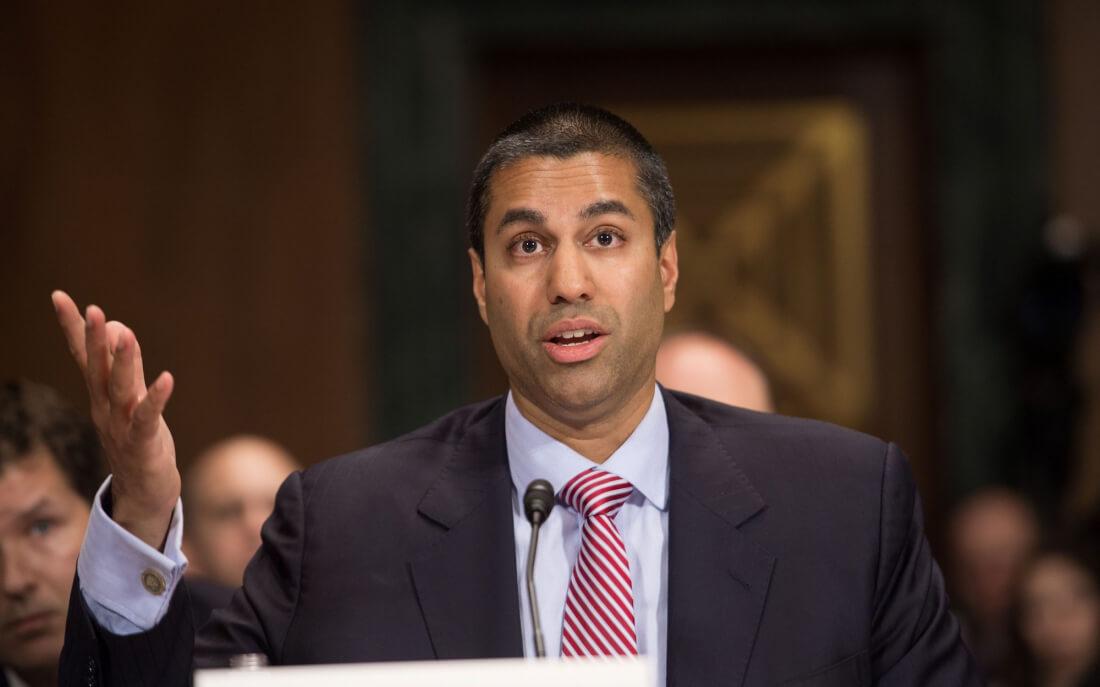 While Pai is technically correct that we never lived in a world of fast/slow lane internet, he of all people should know that ISPs have implemented anti-consumer policies in the past that violate some of the net neutrality rules.

Zero rating, where carriers favor services they provide by excluding them from bandwidth caps, is similar to internet fast lanes. AT&T called data plans "unlimited" but began throttling customers after an unspecified amount of data usage.

Imagine being in the middle of a game of League of Legends or Vikings: War of Clans, when suddenly your framerate slows to a crawl and you can’t control your character. They could potentially even do this on purpose to favor one team over another without net neutrality.

Oh, and get this: A Verizon lawyer literally said the company would be pursuing tiered internet plans if it weren't for FCC regulations.

Obviously, these actions are all bad for consumers. It’s not within the common good for ISPs to throttle, block, or accept payment from any site.

On July 12th, an “Internet-Wide Day of Action to Save Net Neutrality” occurred. Thousands of companies and some big tech celebrities spoke against the FCC’s attempt to remove net neutrality.

People had until mid-August to submit comments to the FCC. Here’s how things have turned out so far:

The FCC received a record-breaking 22 million comments. However, around 7 million are believed to have been submitted by bots or fake accounts, almost all are against repeal.

But here’s the good news:

There are 1.77 million physical letters from unique addresses sent in that are against the repeal, and just 24,000 going for the repeal. In other words - the public is winning.

However, Broadband for America, who favors repeal and conducted the study, touted another finding: When accounting for “obviously fake email domains” and “unverifiable international comments,” rolling back Title II is favored by 69.9% to 29.5%.

Evan Greer, the campaign director for Fight for the Future, said in a statement that “the telecom industry’s own study essentially shows what nearly all other polling on this issue has shown: that they are getting trounced when it comes to public opinion, and people from across the political spectrum overwhelmingly agree that they don’t want their ISPs to have control over what they can see and do on the internet.”

So, as of now, the public is overwhelmingly in favor of keeping net neutrality. We’re pushing back against the FCC. Ajit has the votes to push the repeal to court, but we can continue to fight it there, and odds are strong that we’ll win.

What Can You Do?

While the deadline for submitting comments to the FCC has passed, there is still more you can do to hold onto your rights…

Stay up to date on the happenings. Educate yourself on what net neutrality means and how you can fight it.

Ignorance may be bliss, but that ends when the laws change and you see your favorite online game is unplayable thanks to internet fast laning.