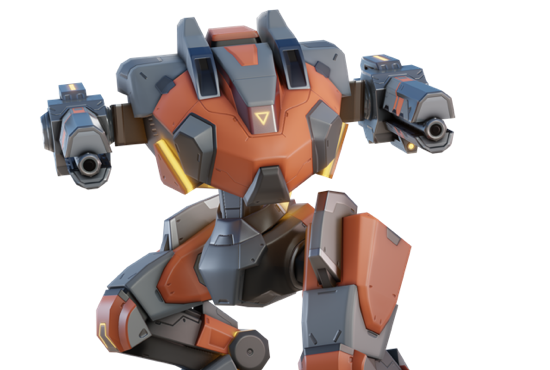 Note: This game is currently only available on mobile devices. Subscribe to stay tuned and find out when it goes live on PC and Mac!

Mech Arena is a fast-paced PvP mech shooter with competitive mayhem for everyone.

Choose from dozens of Weapons and Mechs with special abilities for endless combinations. Fight with friends or compete in a global arena of players, maps, and modes.

Take on the world in the most explosive, fun, and chaotic sport the future has to offer — Mech Arena.

Play for territory in live 5v5 Control Point Clashes, go head-to-head in 5v5 Deathmatch mode, or get up close and personal in 2v2 Deathmatches. Each mode and map plays to different tactics and loadouts.

Control the bridge at all costs at the Mesa Verde facility, duke it out with long range weapons in the Forbidden City, or go toe-to-toe in close quarters combat at the Beatdown Club. There’s a map for every strategy, and the whole world is your arena.

Trick Out Your Mechs

Choose from over a dozen Mechs, each with their own abilities and playstyles. Then arm them with 30+ unique Weapons and choose from over 500+ special Skins. They’re your Mechs. Go wild.

Don’t just customize your Mechs - play your way in Custom Match mode. Fight your friends on your favorite maps, start duels with other players online in seconds, or set up your own tournaments. Play who you want, how you want, with total control.

Complete weekly events or fight in competitive tournaments for loot, gear, and bragging rights. Only the best players will rise to the top, so bring your A-game.