9 Gamers You Will Meet When Playing MMOs

Generals can always come up with a plan of attack, whether it’s for a round of Capture the Flag, or a bloody war against rival armies. They are decisive and commanding, and always know what to do - which is why two Generals can never agree on anything. They may sometimes appear to be a little too abrasive, but they can lead a team to victory time and time again. Every clan needs one of these - and only one.

Since most MMO games have abandoned the monthly subscription in favor of a free-to-play model, the Big Spender has been thriving. They don’t mind spending tons of money on the game they love, and often prefer it over investing time and hard work into building their character or base. Some might view them as cheaters or lazy, but in reality they are probably some of the most dedicated players out there.

The Loner kind of misses the point of playing a multiplayer game. If it was up to them, they would remove at least one M from MMO, and just play alone in a massive world, questing or managing their own little piece of digital territory. They aren’t antisocial, and will gladly engage other players if approached, but they don’t play MMOs for the company. They just treat the MMO as they would any other RPG or strategy game out there, but with more people around.

Like it or not, a lot of the gamers you encounter online are 10-year olds who just learned what swearing is. Most of them don’t have the patience for MMORTSs or even MMORPGs, so you’ll mostly find them in online shooters, screaming obscenities into their microphones. The really annoying part is that they are usually better than you. Must be all that free time and the sugary drinks.

The noob, or newbie, has no idea how to play the game. It could be due to the simple fact that they just started playing the game, or that they are completely new to the whole video game thing, or perhaps are just bad at it. Whatever the reason, noobs are known for making infuriating mistakes that can cost the whole team the battle. Given a nurturing environment and the support of a clan, most noobs can eventually become great assets, or at least competent players.

Where the heck did they go?! The AFKer (Away From Keyboard) has an almost supernatural ability to disappear just when they are needed the most. You’ll find yourself yelling into the microphone for your healer, only to realize they are off grabbing something from the kitchen, or taking a pee break. By the time they return, the entire team has been wiped out, and the battle was lost. Next time, maybe assign them a less crucial rule, or at least find something to do while you wait for them.

Similar to the AFKer, but on a much grander scale. You can actually see them in-game quite a bit, and they seem to really like being a part of an online community. That’s why it is so mystifying that they never attend any clan meetings, miss every tournament and never take part in important battles. They always say they will “be there for sure”, and yet they never are. It’s either because they are super busy, or maybe they’re just not that dedicated to the clan.

These guys are the opposite of Ghost players. Dedicated players play every day, attend every meeting and always know what’s going on in the community. They aren’t necessarily the best players around, but if you ever need to know something about the game’s lore, or best way to defeat a level 17 demon - they are the ones to ask. Some even go as far as to adapt the look and mannerisms of their characters in the real world, which can be creepy yet oddly admirable.

The Non-Gamer gamer is a weird creature that usually falls into one of two groups. First, we have players who only play that the one MMO and nothing else. They don’t even understand the memes that are thrown around. In the other group you will find the closeted gamers who aren’t willing to admit they like video games. The surprising part is that Non-Gamers usually display levels of skills and knowledge that turn every “real” gamer green with envy. 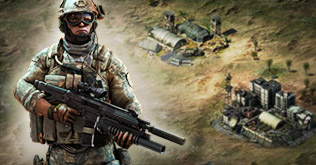 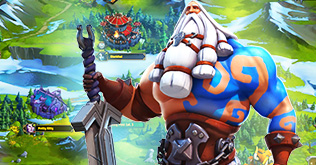 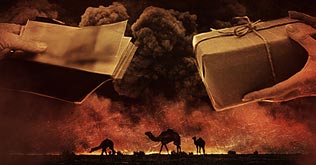 How to Celebrate Your Birthday in Online Games
Connection lost