Usually, "gaming platform" or "gaming hardware" bring to mind computers, keyboards, consoles, and controllers, all of which have shaped the gaming industry.

Yet, things are changing and in a big way. Old barriers are broken, and innovation opens the way for new gaming companies and platforms to enter the fray. 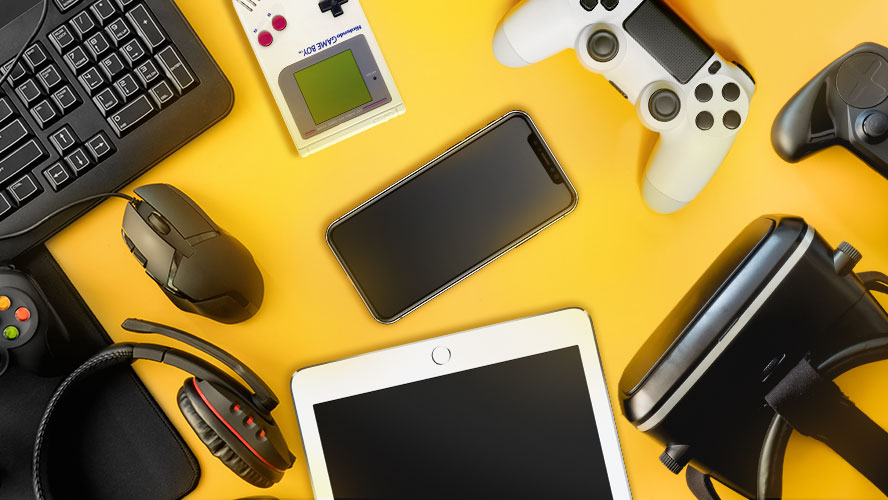 How Does Cloud Gaming Work?

Simply put - cloud gaming server does all the heavy lifting for you. The server runs the game itself, and your PC or console sends all of your input directly to it.

The server processes the resource-heavy stuff, like the graphic, applies your inputs, and sends everything back to your screen. Your PC or console does virtually none of the hard work.

Essentially, the game server sends all the video and audio output to your device, which you then interact with. Your input is sent back to the server, and the game reacts accordingly.

All this happens in incredible speed, without the player noticing any delay between pressing a button and the game reacting; hopefully. 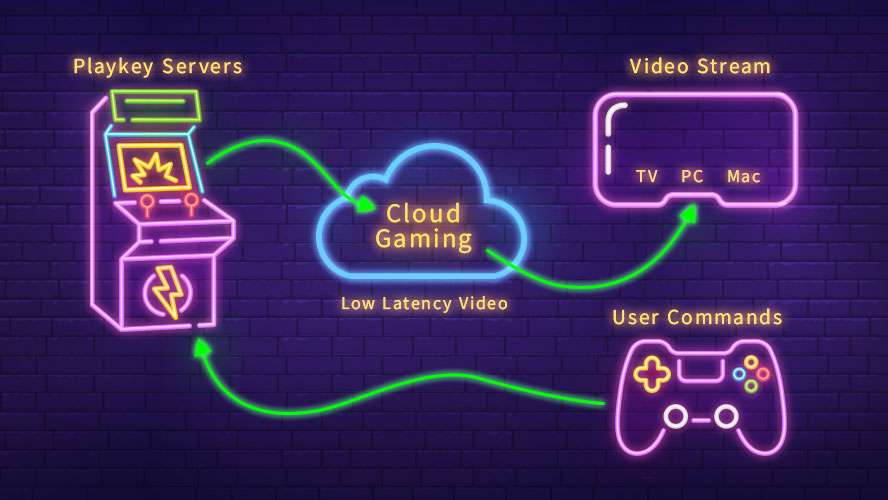 Cloud Gaming Is the Future of Video Games

Already, browser games and cloud gaming are a real thing. Although very similar to one another, they are not the same.

Various companies, such as Plarium and others, allow you to enjoy multiple titles through the comfort of your PC without downloading a single byte.

What cloud gaming does is lift many of the limitations and restrictions that have “plagued” the game industry for years. Expensive graphics cards, shortening life cycles for hardware and erosion of physical game copies can all become a thing of the past.

Streaming live gameplay is already a huge trend that is reshaping the industry. Viewers are flocking to watch their favorites Twitch or YouTube personalities. 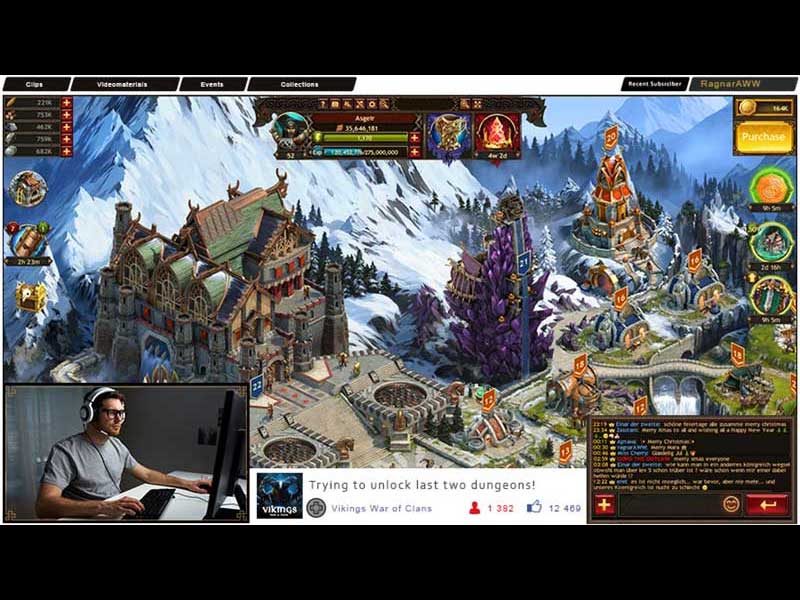 Now, the gaming industry as a whole appears ready to take it to the next level. Instead of watching a video of someone else play a game, game streaming will allow you to play any video game on demand.

You can think of it as “Netflix for video games.”

The Negative Side of Streaming Games

If you fall into the camp of “hardcore gamer” you will not like all of the changes that come with cloud-based gaming.

Video compression might result in overall lower graphics than you are used to on a high-end gaming platform. But it will be a necessity to lower the cost on for the host.

Also, cloud gaming will consume a massive amount of bandwidth due to the large amount of visual and aural information that is sent your way. If your internet connection is somehow limited, as it still is in many households, you will find out quickly that cloud-based gaming is not for you. 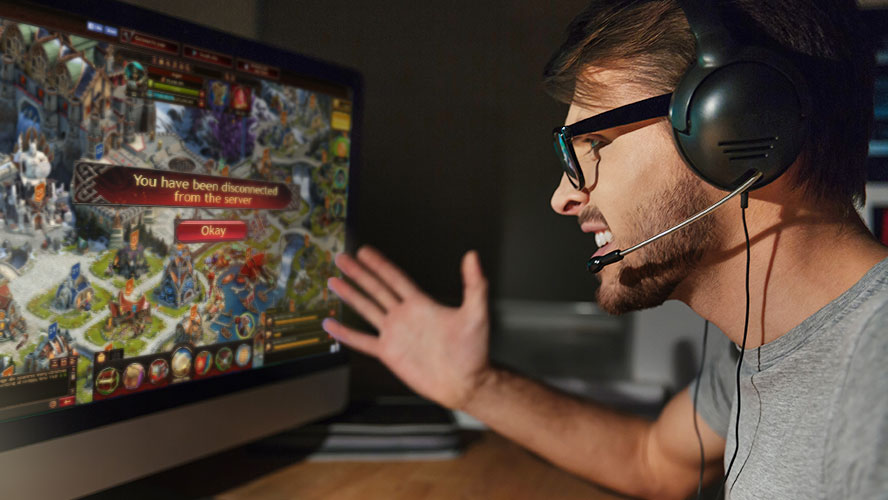 One other final problem that will arise is latency, as cloud gaming will never be as fast a local high-end device. There will be a lag time between your input and the time it takes for the servers to receive it, however, minute it may be.

For some, these issues will not be a problem at all. But for others, they may genuinely be a deal-breaker.

If any company is going to usher in the age of cloud gaming and game streaming - it’s going to be Google.

Google is already a massive part of the gaming industry thanks to its “Google Play” digital distribution service. The app comes preloaded on the vast majority of Android-based phones around the world, allowing many developers to enter the gaming space.

The popularity of smartphones in general, and the Android OS specifically, has taken the world by storm, resulting in a new breed of gamer who casually play their games of choice on the go. Games are no longer the sole domain of the hardcore player who spends hours on their PC and consoles. 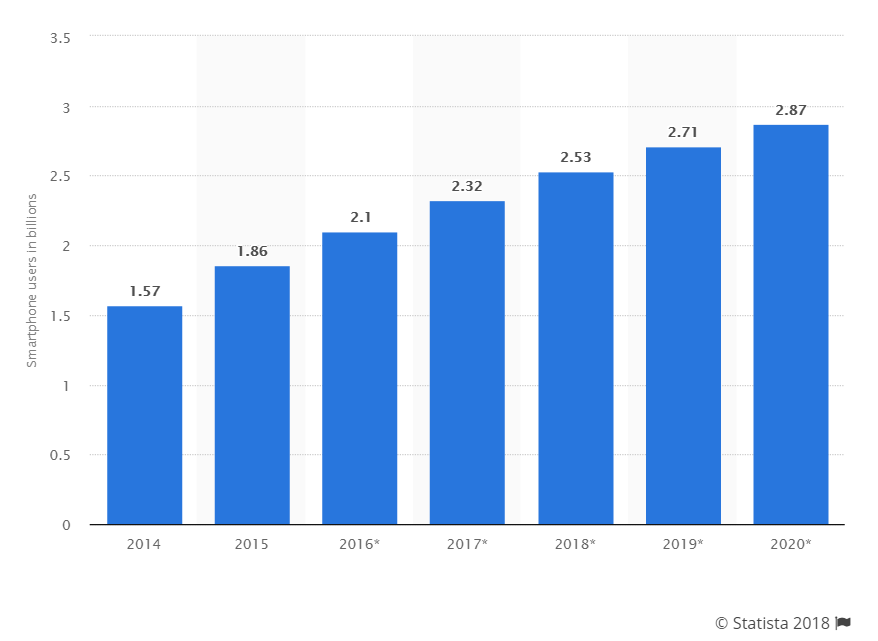 But Google is already planning its next venture in the gaming industry - creating the next significant game streaming service.

According to sources at Kotaku, Google plans on taking a three-pronged approach to this venture, which has been codenamed “Google Yeti”:

This news comes from five different sources, who were briefed by Google or got their information from other reliable sources.

Electronic Arts is another industry giant that recently hopped aboard the cloud gaming trend. Hoping to get in on the action, EA recently acquired the Israel-based company Gamefly. This service allows you to stream games via its cloud gaming platform, which can be run through select smart TV’s and Amazon’s Fire TV device, opening up its users to various video games and high-quality titles.

EA had the following to say about the acquisition and cloud gaming in a recent press statement:

“Cloud gaming opens up new possibilities to expand the reach of games by streaming high-quality entertainment to more players, on more devices, in more geographic regions of the world.”

“With this acquisition, EA is adding to its strategic focus on advanced technologies that will give players more freedom to access the games they want, and enable the delivery of next-generation experiences at scale.” 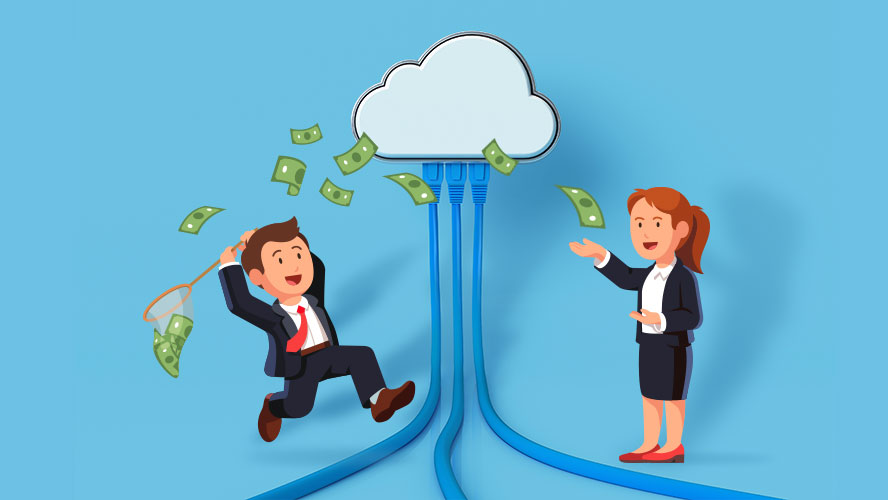 Reassuring its more traditional, and the majority, of their customer base, EA stated that games will still be released in the classical physical style for the foreseeable future. However, they do see a time in the future where hit titles could be solely streamed through a subscription-based service.

Although Google may be bringing game streaming into focus, it is far from the only company to deal with this emerging market.

Currently, users are capable of purchasing and downloading various titles through their consoles, and multiple digital stores on PC such as Steam. Each platform supports limited options either to stream live gameplay online or stream games to a different device.

However, Yeti and other platforms that will undoubtedly follow in their suite would be entirely different, as users will not need to download any of the games. Instead, the games will be streamed directly to their computer, or even browser.

This service gets around the hurdle of limited storage space and obsolete technical specifications many systems currently suffer from.

In addition, it opens up the floodgates to countless users who live in remote locations, or areas where acquiring video games is not as easy as for those who live in a more populated location. 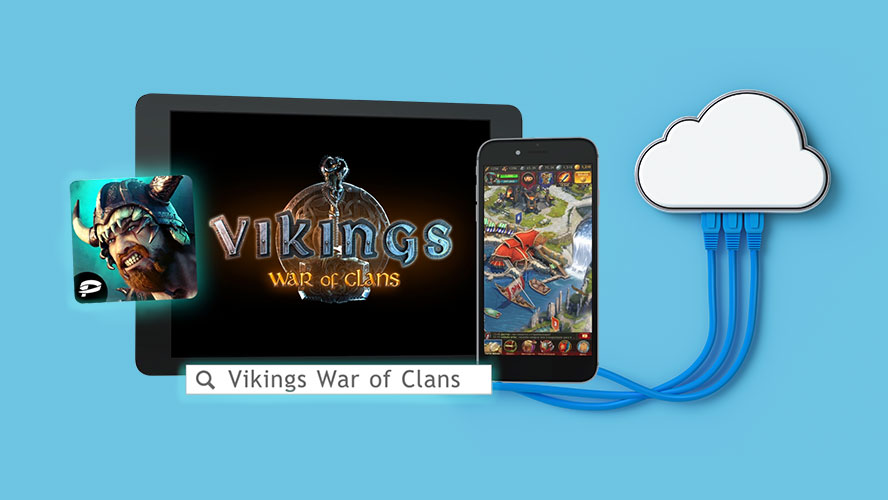 It seems that cloud gaming and game streaming are part of our gaming future. We have giant companies investing in technology, services and platforms surrounding these concepts. It is likely going to be the next big thing to reshape the gaming industry.

Now more than ever, gamers are demanding to take their gameplay with them, and “carry on” where they “left off,” no matter where they are in the world. We’re already seeing this with streaming services such as PlayStation’s PS Now, and the popularity of the Nintendo Switch - a device that’s part home console, part handheld.

Streaming games from anywhere in the world, on any device sure seems like the future.

The Best Games of 2022: What You Should be Looking F...
All Hail the New Raid Champion: s1mple!
The Hands Down 12 Most Anticipated Games of 2022
The Reason Retro Games Keep Slaying the Game
The 10 Best Android Games in 2021

Raid: Shadow Legends
Collect 400+ Champions & Fight For Glory
Read more
See all
Insights
What is Battle Royale? A Beginner’s Guide to Battle Royale Games
Insights
The Differences Between Real-time and Turn-based Strategy
Insights
Cross-Platform Games and Why They Are So Important
Connection lost