The Differences Between Real-time and Turn-based Strategy

Strategy games are among the most complex video games. Most of them fall into two similar, but distinct subgenres: RTS and TBS.

What's the difference between RTS vs. TBS?

So let's get straight to the point: RTS vs. TBS - how to tell them apart, and which one is better? 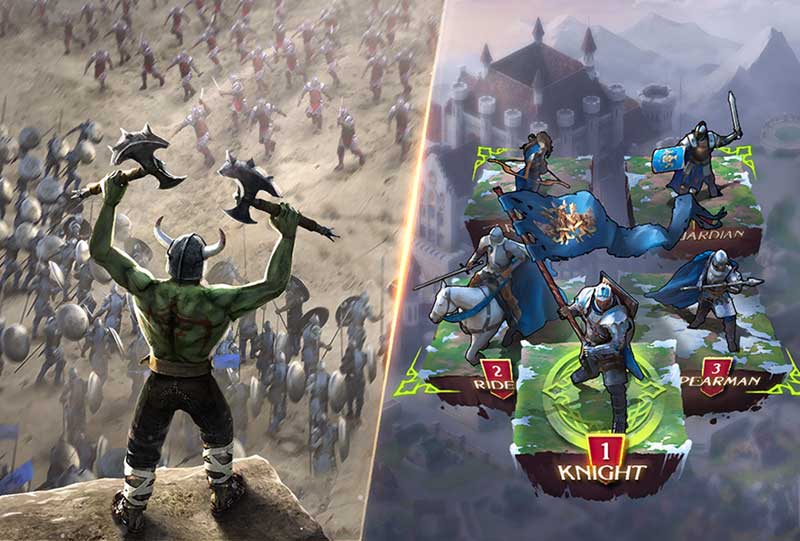 The most basic defining factor that differentiates strategy games is how they approach the concept of time.

The first difference between turn-based and real-time strategy is how time flows in a game. If time has been compartmentalized into phases, and each player or AI opponent has allocated time slots in which to execute their strategy - you are most likely playing a turn-based strategy game.

In other words: If you each take turns to play, it’s a turn-based game (TBS).

If time flows as it does in the real world, and all players can play all at once, then you are most likely playing a real-time strategy game (RTS).

Here all decisions are made under pressure and the constant threat of attack; there are no pauses.

If you are not familiar with the medium, the best way to imagine a turn-based game is to think of it as a digital board game.

In the traditional board game format, each player will have a turn to think, strategize, and execute their decisions regarding the pieces in their hands and on the board.

The game will progress in an orderly fashion, with each person biding their time, waiting for the others to finish their turns before they can resume actioning their investments on the board.

The same is true with many turn-based strategy games. Players and AIs will each be given a chance in an orderly fashion to utilize the full extent of their intelligence, cunning, and resources to achieve whatever objective happens to be at hand.

In XCOM, you command a squad of alien-hunting soldiers, taking charge of a party of around five or six characters in total.

In a Total War game, you take control of an entire civilization - its government, commerce and economy, and armies.

Now, although both games involve taking turns between you and opponents, the scale is completely different. XCOM is considered more tactical, with more surgical battles and short-term decision-making. Total War, on the other hand, is much more massive and “big-picture” with gameplay spanning years, decades and centuries.

But that’s not where it ends. Between TBS and RTS, the former has made its way into other, admittedly more popular genres. You can find elements of TBS in JRPGs, simulators, and tactical shooters.

The term “real-time strategy” was coined by Brett Sperry when marketing his 1990 classic game Dune II. While this game is not necessarily considered to be the first proper RTS title, it certainly did set the format for countless leading franchises to come.

Some of the most successful and acclaimed real-time strategy franchises such as Command & Conquer, Warcraft, and StarCraft, all owe their foundational design inspiration to the early 90s sci-fi classic. 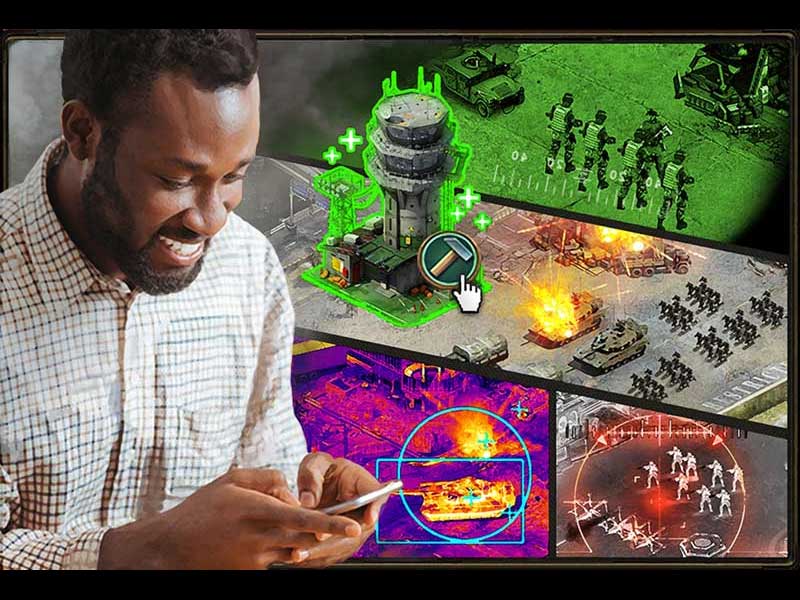 The best way to understand a typical RTS game is to imagine the Middle Ages. In this foundational phase of human development, various newfound cultures uplifted themselves from the ashes of Classical Civilizations, often towards imperial domination goals.

If you could imagine France, Germany and England, for example, all developing around each other, at the same time, and consequently invading or forming alliances with each other - then you pretty much understand a real-time strategy game.

This type of real-time strategy game involves players developing their people, settlements, armies, and strategies all in real-time. Unit construction, invasions, and all developments between players all occur along a single, continuous, and unhindered timeline which all present players share.

Resource gathering is an essential part of most real-time strategy games, and you will indeed often find yourself competing aggressively with other players for limited resources upon the map.

This requires a heightened level of decision-making and reflex-based reactions compared to turn-based strategy, which affords players an extended period of halted and composed planning and execution.

If you are wondering about the esport presence of real-time and turned-based strategy titles, then you should know that RTS games make up the majority of the leading online strategy esport content.

While you can play online strategy games that are turn-based at very competitive levels, they would, for the most part, not translate well to a live, widely-spectated performance. Many of the leading turn-based strategy games just do not fall into the esport criteria well enough. They are generally based on lengthy campaigns and lack the excitement needed for spectator sports. In fact, they face many of the problems MMO esports face.

Today, millions of dollars go into the collective running and administering of just the online strategy sector of esports. Not only that, the actual players can win fortunes in the bigger competitions.

StarCraft: The Founder and King of eSports

With the expansion of the original StarCraft monster hit, StarCraft: Brood Wars, came the foundations for the entire esports scene. It was in South Korea when the first proper and well-organized tournaments and competitions began their facilitation, around 2002.

It was then that the first teams of organized pro-gamers began rising through the scene, receiving sponsorships from large South Korean companies such as KT, SK Telecom, and Samsung.

While it may sound surprising or bizarre to many, Korean StarCraft champions are on the same level as professional athletes, holding the same level of public admiration and reverence.

The original StarCraft was the first game ever to be accepted into the World Cyber Games tournament and continued to make a yearly appearance up until 2011 when it was replaced by the sequel - StarCraft 2.

StarCraft 2 carried on the torch, continuing the original game’s success within the online strategy esports world as one of the most popular esport online strategy games.

RTS vs. TBS: Which is Better?

So, who wins when it comes to RTS vs. TBS?

This question is obviously entirely subjective, and there is no one right answer. Every strategy game fan has different tastes. Some may absolutely love the epic war campaigns of turn-based strategy games, while others are all about the intense skirmishes of real-time strategy games.

There are legions of hardcore fans on each side, and there have been debates raging for a long time regarding real-time vs. turn-based. Such contention, however, is ultimately redundant and futile, and players should actually be supporting the development of the strategy genre overall. 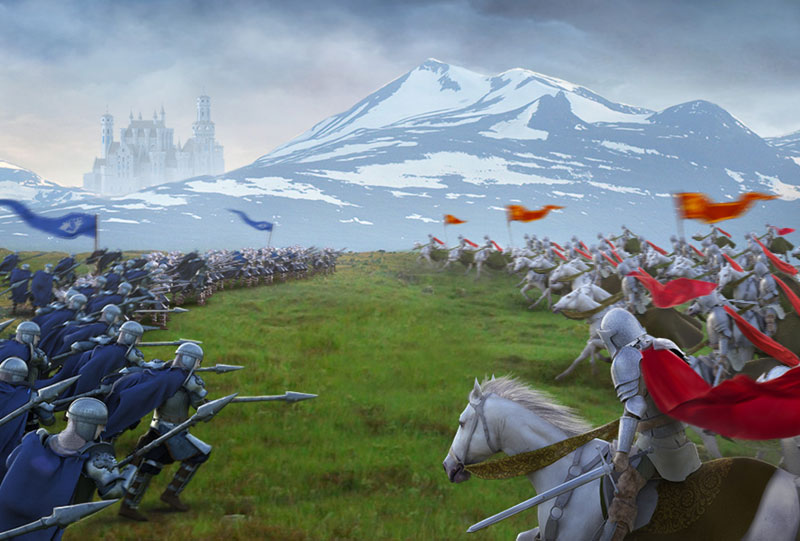 It all really depends on what you want out of a game. If you prefer being able to take your time to strategize and execute orders in a controlled, calm, and paced manner, then you might be happier with turn-based strategy.

If you prefer to play games that flow in a more realistic manner and enjoy nothing more than fast-paced decision-making and flexible reactions, then real-time strategy is more up your alley.

Both divisions are endlessly enjoyable, however, and you really should try leading titles from both to not limit your gaming experience. The best part about both subgenres is that they offer relatively limitless potential. The same game can be played over and over again, with different races, employing different strategies and executions.

The 10 Most Popular Games Right Now
Is Play to Earn Still “the Future” of Gaming?
What Are the Top Play Store Games?
10 Powerful Gaming Quotes from Video Games
The 10 Best Gifts for Gamers