Top 9 Viking Weapons and Viking Armor Used on the Battlefield

Throughout most of history, there has often been a boogeyman - an opponent so strong, so furious, they have kept a nation awake at night and rulers wringing their hands in frustration, as they scramble to tackle this foe.

Some of those opponents were the notorious Vikings.

The Vikings, hailing from Denmark, Norway, and Sweden, were known as fierce and formidable foes who went largely unopposed throughout their reign in history from AD 700 to 1100.

During this 400 year period, known by many as the Viking Age, the Viking people were both feared and respected for their skill with weaponry and armor, on which we will focus on throughout the course of this article.

In AD 787, three Viking boats or longships landed in Southern England, where they fought the local population, starting a conflict with England that would last for hundreds of years. 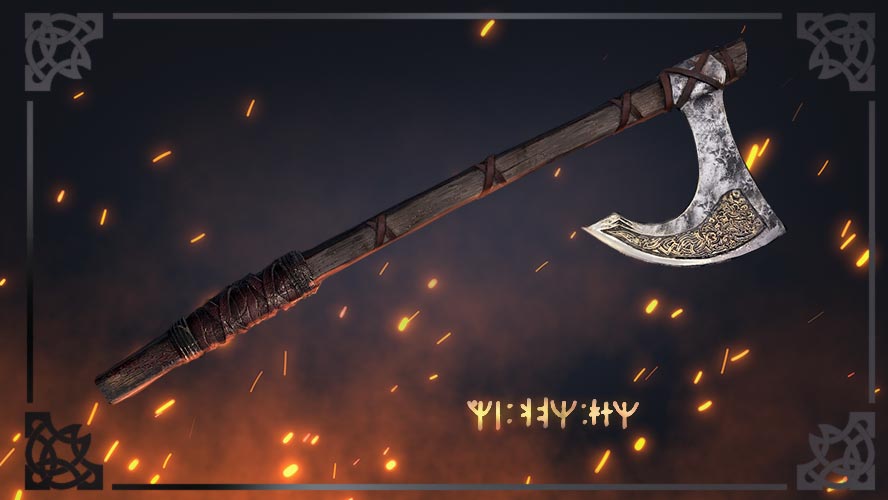 During the numerous battles that unfolded over many years, the Vikings used many weapons, but one, above all others, never strayed far from their side.

All Vikings rode the waves and leaped into battle with a weapon in hand. More often than not the Viking axe was their weapon of choice.

With a cutting-edge ranging from 3 to 18 inches in length, depending on the wealth of the owner, and a long handle, the Viking axes gave their wielder a tremendous advantage in reach. They were typically worn at the waist, held in place with a belt.

Although commonly associated with the axe, Vikings were a people born into warfare so it should come as no surprise that they would not limit themselves to merely one choice of weaponry.

The Ulfberht, aka the Viking sword, was not as commonly seen as the Viking axe. Iron was in limited availability during this era of medieval weapons and was thus typically only possessed by the more wealthy in Viking society. 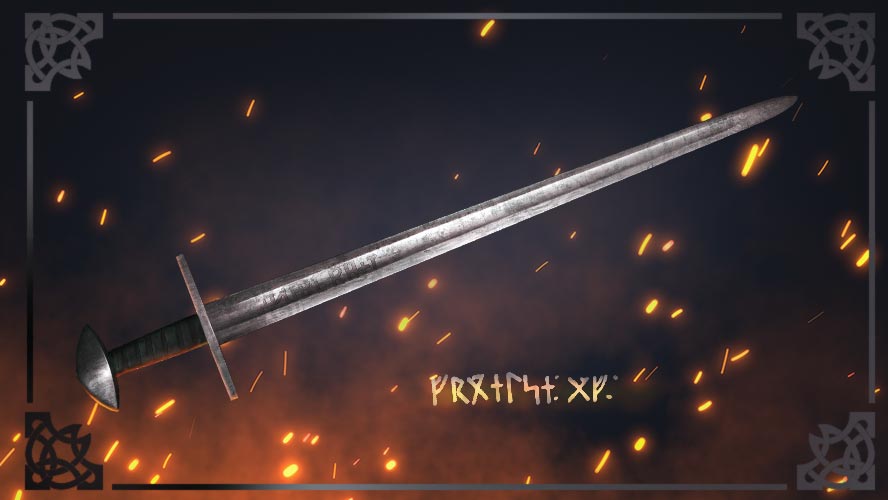 However, the typical Viking sword was still a formidable weapon of destruction. T double-edged blade was roughly 35 inches in length, worn over the shoulder and made reachable with the right hand.

Although Vikings were best known as skilled, close quarter combatants (and they most certainly were), they were not limited purely to this style of fighting.

Vikings quickly discovered that the bow and arrow, which they initially used for hunting, could also be used as an effective way of vanquishing their foes.

A skilled Viking archer could shoot an average of twelve arrows per minute before the inevitable close quarter combat would begin.

Taking advantage of this skill, Viking warriors would often unleash a barrage of arrows from their boats before making landfall and engaging their opponents in face-to-face combat.

One Viking weapon that fit both roles of both close and ranged combat was the Viking spear, which ranged between 3 to 10 feet in length and thus came in many various styles.

Some Viking spears were designed to be thrown at great lengths, while others were much more sturdy, making them ideal for close quarter combat.

The last form of weaponry Vikings equipped in their vast utility belts of slaughter was the knife. Although they ranged in size and quality, these blades were never far from reach during the Viking age, as even slaves were permitted to keep one in their possession. 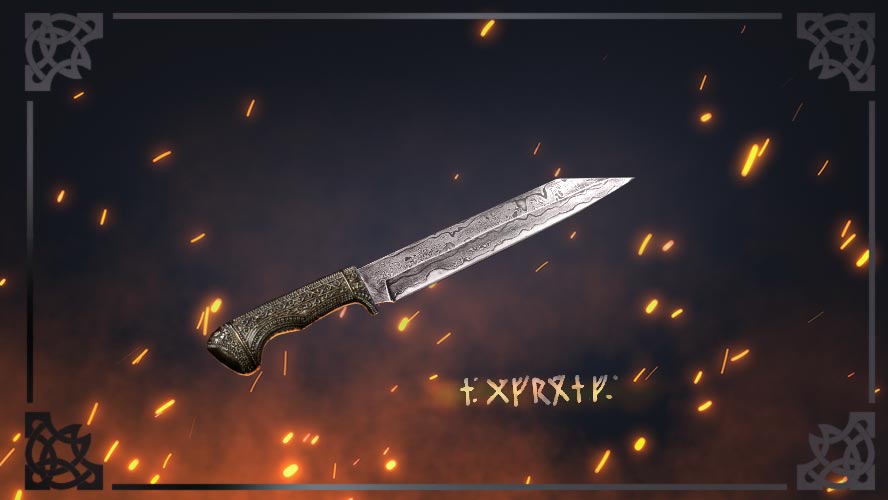 The Seax was a much higher quality knife, owned by the wealthy within Viking society. It was much larger and more lethal than the typical fighting knife, often having a curved blade.

Although these top 5 Viking weapons were the most typically used by the Scandinavian people during this period in medieval history, they were far from the only ones used.

The Vikings were versatile warriors, who were more than capable of picking up any form of weaponry and using it, if need be, in a pinch. The Vikings were much more than just brutish warriors as many would have them illustrated.

They were also skilled craftsmen who were capable of producing armaments of defense and beautiful, stunning works of art, such as the Viking longboat.

The Vikings, feared throughout the lands for the havoc they wracked across the coastline during the Viking age, were respected warriors known for their cunning and ruthless tactics.

Yet, they were no fools; they knew that to survive in their way of life, they must protect themselves with armor such as shields, helmets and body armor.

Viking armor was typically crafted out of thickly padded leather, which gave the wearer some protection from edged weapons. The average Viking often wore it into battle.

Chainmail, another favorite form of armor at the time, was reserved for the more wealthy, as iron was in high demand and incredibly expensive.

Not all Vikings wore a helmet, however, if they were able to, they did, as the added protection saved many lives in close quarter combat.

The Viking helmet was relatively simple in construction, often being a simple bowl shape in design with a metal nose guard protruding from the center.

Despite popular belief, there is little evidence to suggest that Viking helmets were adorned with horns, as they often depicted having. Horns gave little to no additional protection and were just another thing for an enemy to grab hold to during combat. Viking warriors were nothing if not practical. 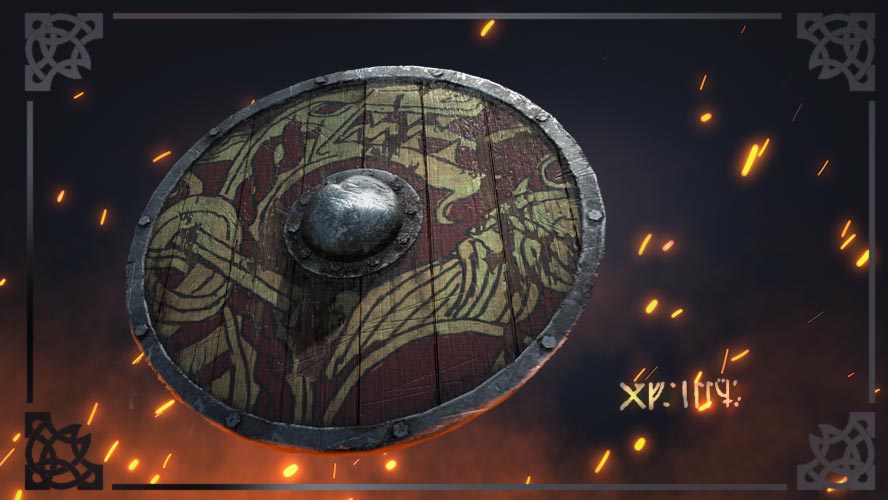 The history of the Viking shield is an interesting one. Only a few examples of them have survived throughout history, which has led to a series of debates amongst historians about their construction methods.

However, some prized artifacts have been found, answering some questions.

During the Viking Age, warriors charged into battle wielding a shield, which was typically round in design and ranged on average 30-35 inches in diameter.

A warrior usually crafted their shield by themselves, customizing it to match their fighting style and size.  A Viking shield could neither be too big nor too small, as it would render the wielder too slow or too exposed, respectively.

All surviving examples of Viking shields are made from solid butted planks, which consist of spruce, fir or pine.

We would be doing a disservice if we did not touch on the marvel known as the Viking Longships, feared across the known world during the Viking age.

Without the Viking boat, the Vikings rise to power would never have happened and their style of warfare which resulted in their rapid spread would have been dead in the water.

Norsemen were likely the most capable seaman of their time, sailing their boats around the world and reaching as far as America in the West and Asia Minor in the East.

Contemporary foreign sources of the period describe the Viking boat as follows: 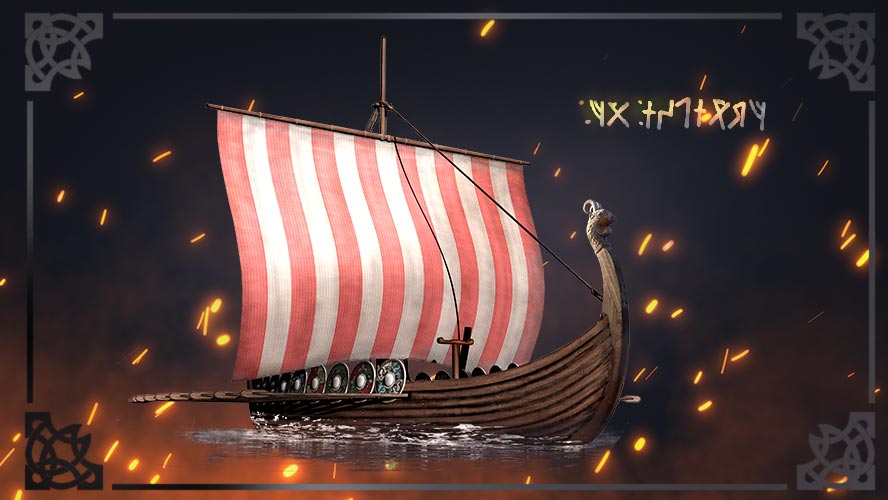 Although many stories have been passed down throughout the ages, very few Viking longboats were discovered to this day. When they are, they are already broken and shattered to pieces.

Regardless, the reality is apparent: the Viking Age was dominated by the Viking longboat, as these brave warriors sailed the seas, pillaging, conquering and permanently placing themselves in the history books until the end of time as some of the most capable warriors this world has ever seen.

Raid: Shadow Legends
Collect 400+ Champions & Fight For Glory
Read more
See all
Insights
Strategy RPG Games Bring Together the Best of Both Genres
Insights
The Difference Between Japanese Games and Western Games
Insights
The Spartan Warrior, Who Were They?
Connection lost