The Difference Between Japanese Games and Western Games

If you were born after 1990, there is a good chance that you have grown up oblivious to one of the most brutal and nasty conflicts of the modern age.

It was a battle between two powerhouses from the east, whose race for dominance divided families across the globe. Friendships were destroyed, brother turned against brother, and lines were drawn in the sand, some of which are there to this day.

This bloody conflict was known as the console wars, and it shaped both Japanese and Western games throughout history.

Console Wars: How It All Started

Back in the early 1980s, Nintendo released their new home console, the Nintendo Entertainment System, better known as the NES. 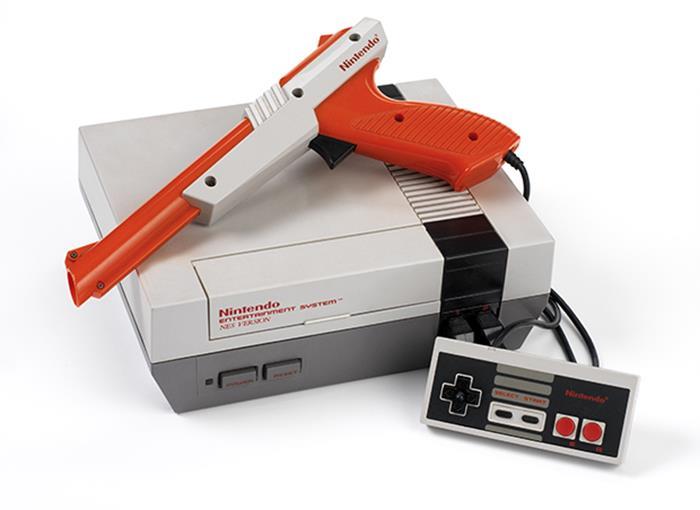 This little grey box started a fascination with video games that has grown exponentially ever since.

To combat the rise of Nintendo, a company with a history of building arcade machines decided to enter the home console arena in 1985. With the release of the Master System, SEGA has officially started the console wars.

Puritans may point to the earlier battles between the likes of the Commodore 64 and the ZX Spectrum, but none of these face-offs garnered quite the same level of tribalism that the NES vs. Master System did.

This battle continued for over a decade, with new systems entering the fray with ever increasing computing prowess and graphical fidelity.

While fans were arguing over which side had the best console, a curious divide was becoming apparent. This divide went beyond the consoles themselves and quickly became a cultural one.

This, of course, refers to the difference between Japanese and Western games.

In the early years, when platformers, beat ‘em-ups, shoot ‘em-ups, and the occasional sports sim, dominated the market, there was little to tell Japanese and western games apart.

However, there was one genre that was starting to show the differences in culture. This genre was the RPG. Role-playing games like The Elder Scrolls V: Skyrim and Final Fantasy XV may seem similar on the surface, but to anyone who has played both, the differences couldn’t be more obvious.

Taking Bethesda’s Skyrim as an example of a western RPG, it becomes apparent that the emphasis was on exploration.

These games generally exhibit sprawling worlds that have been carefully crafted to make the player feel that they can quite literally go anywhere and do anything. The edges of these worlds are crafted in such a way that the player would never feel like they have discovered everything. These games are designed to make you feel like you can shape the world with your choices and actions.

Crossing over to Japan, the JRPGs don’t follow this philosophy anywhere nearly as much. Yes, the worlds can be massive, but the games themselves tend to be more linear in nature. Here, there seems to be a more substantial emphasis on storytelling, characters, and guiding the player through a compelling experience.

When it comes to pure aesthetics, there is also quite a noticeable difference between the Japanese and Western games.

Japanese games have generally taken on a look that is heavily influenced by manga and anime, with large eyes, cartoony features, and hair that seems to defy gravity. 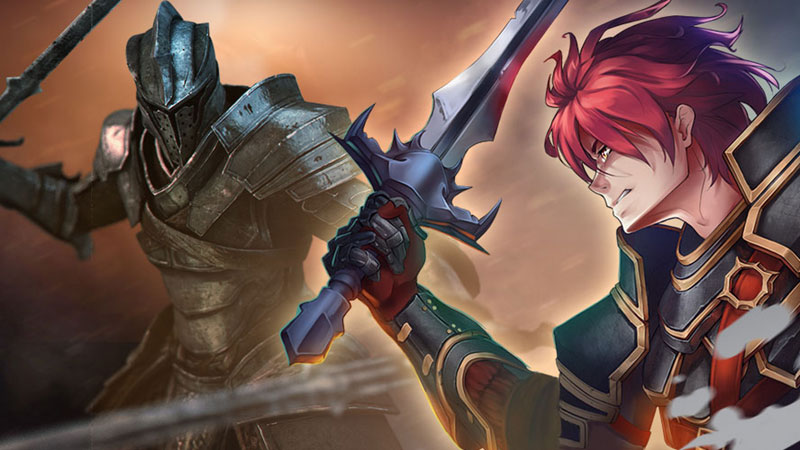 Western games, on the other hand, tend to aim at a slightly more realistic graphics. It is almost as though in western games we want to completely recreate life, whereas, in the east, they are happy to create their interpretation of it, unrestrained by the rules of the real world.

Combat too generally differs quite radically in both subgenres.

The majority of the action in WRPGs happens in real-time and dependant on player skill and reflex, whereas JRPGs quite often rely on a strategic turn-based system that plays out like a ‘stats heavy’ game of top trumps. Here, your band of adventurers face-off against hordes of evil while you decide which party member will do the most damage against which member of the opposing party.

That isn't to say that western games like Skyrim or The Witcher 3 don’t rely on stats, but with them comes a healthy dose of hand to eye coordination. A classic Final Fantasy-style game would much rather you joust with your brain than with your fists.

It is also somewhat interesting to note that most WRPGs have you starting out as a lone warrior, whereas the more eastern-influenced games often involve guiding a whole party.

This could be a result cultural influence as well; wherein the western world the mighty “lone wolf hero” has been recycled in so many stories, Japanese culture has always had more of an obsession with protection, and putting a person or groups interests before the protagonists. More of a "selfless hero" if you will.

When it comes to online games, and in particular MMORPGs, the differences have continued to develop.

In Japan, online games are even more popular than it is in the west, and MMORPGs have become akin to more enjoyable days at the office. Japanese online games are noted to have a significant amount of ‘grinding’ associated with them. In this sort of society, logging on to level up your character every night isn't looked at as a bad thing, in fact, it’s a social thing.

This could very well be down to the way Japanese culture has embraced gaming as a legitimate pastime, something that has only just started to happen in the west, where there has always been gaming culture, but its legitimacy is slightly less accepted.

With Japanese games, rewarding players for grinding away in groups, those sessions after work or school become the defacto way to relax and chat away with your friends, while also progressing through a game. 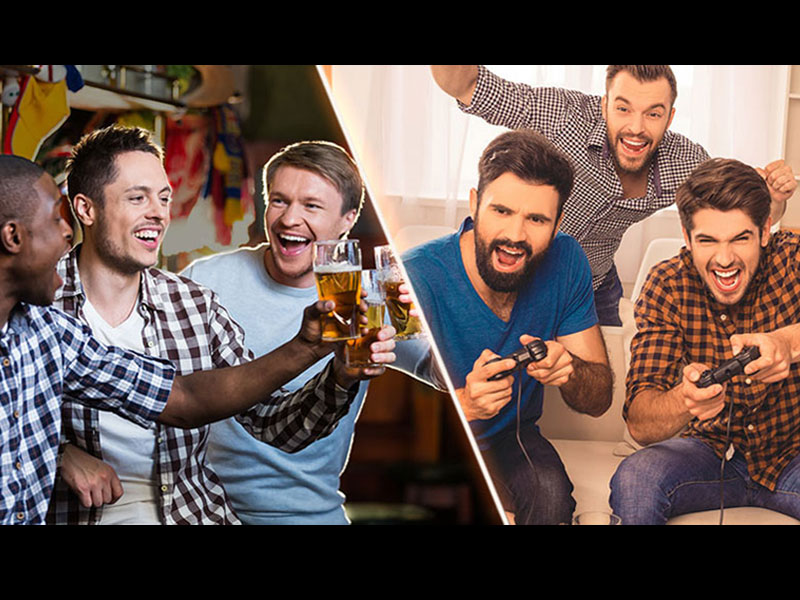 Some users have even started to look at these games as a substitute for social networks. You go to work, you come home, and you game with your friends. For some, the game world has become the bar or the squash court. And within a culture where hard work is revered, grinding away with your friends after work in Final Fantasy 14 is as routine and widespread as coming home and logging onto Netflix in the west.

You would be forgiven for thinking that these two RPG subgenres are forking off in entirely different directions, but that is not actually true.

Many of the companies from both sides of the gaming world are starting to take note of the more popular aspects of each other’s work, which is leading to some rather interesting mashups. None more so widespread than in the mobile space.

Look through either the App Store or Google Play, and you will probably notice quite a few of the adventure, RPG or strategy games are now employing a Final Fantasy battle system. Even the latest Star Wars: Galaxy Of Heroes is centered purely around the combat mechanics.

Turn-based combat, as it turns out, makes way more sense on mobile than the more western, dexterity-based way of fighting.

On the other side of the coin, we are now starting to see far more open worlds in the likes of Final Fantasy XV, no doubt a reaction to how well western games have sold worldwide (including Japan).

Where previously linear storylines with few choices were the fashion, multi-arced stories with alternate endings are now becoming more popular. And in return, some western MMOs now require a fair amount of grinding before leveling up (albeit a slightly different type of grinding).

In fact, it could be said that some of the latest RPGs are neither genuinely eastern or western in origin. Most Elder Scrolls Online or World of Warcraft fans would have to admit to doing a fair amount of grinding in their time, while Final Fantasy XV fans were pretty surprised to see the number of real choices that they were privy to in the last installment of the franchise.

The Western and Japanese RPG hybrid

The great thing about this crossing over, is that it gives us games that would have otherwise been lacking in some areas. By mixing the subgenres, brand new ones have been created, and with whole new levels of addiction to boot.

Games like Stardew Valley (which is basically a heavily tweaked Harvest Moon), has taken the Japanese farm/life sim and mixed in a little western mechanics to polish things off. The game now sits pretty at number one as the most downloaded Switch games of all time, something previously unthinkable in a year which saw a new Mario release. 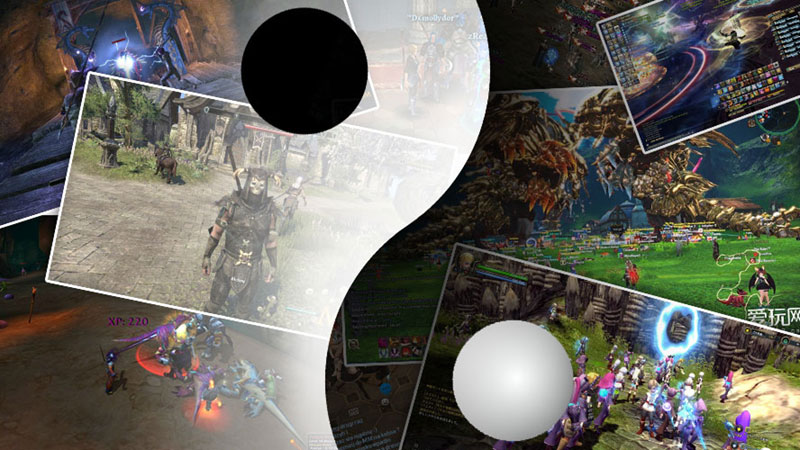 So rather than seeing the differences between the two gaming cultures as a “war” of which you need to take a side, perhaps a healthier outlook would be that of two styles that complement one another.

In a world that is metaphorically getting smaller, witnessing one culture merge with another is something that we will see more and more. Whether that is in the film industry (just look at the popularity of Studio Ghibli in the west and Harry Potter in the east) or in the gaming industry, the fusion of cultures is here to stay, and I for one welcome it wholeheartedly.

Raid: Shadow Legends
Collect 400+ Champions & Fight For Glory
Read more
See all
Insights
Strategy RPG Games Bring Together the Best of Both Genres
Insights
What Is an MMO, What Is an MMORPG and the Difference Between Them
Insights
What Are RPG Elements and Why Are They in Every Game?
Connection lost