A non-player character (NPC) is a term originally coined by players of table-based role-playing games, describing in-game characters overseen by the "gamemaster" as opposed to active players.

In video gaming terms, an NPC is a character controlled by the game’s AI, with the developers programming each NPC to feature a selection of in-game behaviors to create their personality and enhance the storyline of the game.

How Do NPCs Affect Your Favorite Games?

A non-playable character differs from CPUs, which are designed to be in-game characters programmed to think and act like a human.

NPCs can either be integral characters or fringe characters populated to add depth to open-world environments, and are most commonly featured in multiplayer games.

If there’s only one human player involved, the computer will populate the game with multiple CPUs that are programmed to make dynamic moves based on the computer’s "brain". 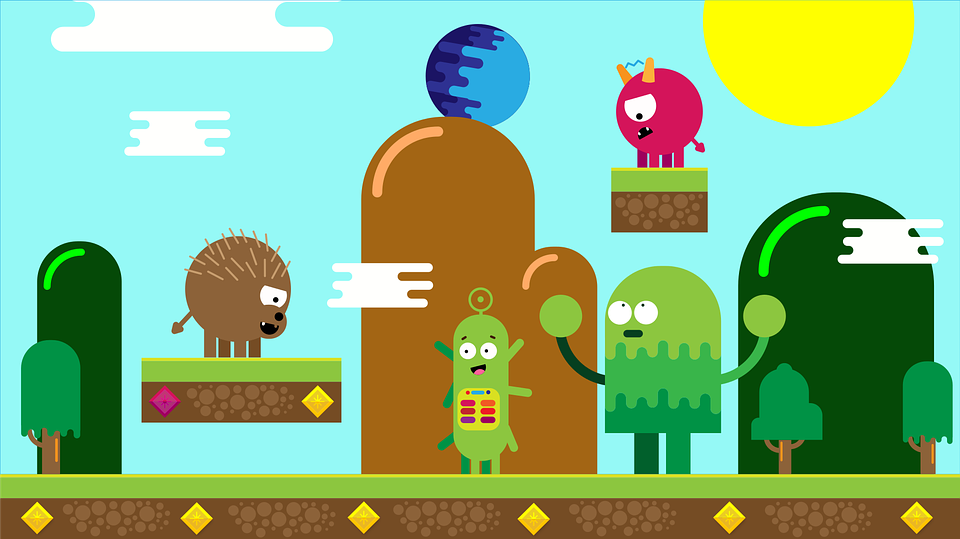 While CPUs can think and make split decisions in-game, the behavior of an NPC is almost always scripted. The actions of an NPC are often activated by human-controlled characters based on their actions or dialogue.

Although in some HTML5 games and Flash games like massively multiplayer online role-playing games (MMORPGs) you can find unscripted NPCs, which operate as avatars managed in-house by the game’s developers.

The Top 10 Most Famous NPCs in Gaming History

Although some NPCs are little more than background fodder, several have gone on to steal the limelight and cement themselves as icons in the gaming community.

Below, we shine a spotlight on ten legendary NPCs to have graced our screens through the decades:

Cave Johnson is undoubtedly the most engaging NPC within the Portal franchise.

Characterized as the ex-CEO of Aperture Science who let the power get to his head before dying in a tragic accident, Johnson’s dialog – expertly overseen by J. K. Simmons – is witty and engaging, with pre-recorded messages that bring out his personality in spades.

HK-47 is a big call to include on this list. The main reason is that you have to control it amid a combat mission.

Nevertheless, HK-47 is an NPC that you quickly engage with throughout many aspects of KOTOR. HK-47 has a comically basic moral compass.

In fact, he views every person as a “meatbag” and believes physical confrontation is the easiest way to settle any dispute.

Undertale is a game teeming with memorable NPCs, but if you had to make us choose, Sans would stand out at the top of the pile.

This creepy yet equally smiley skeleton embodies everything that’s great about this title. At times, he may seem like a rather futile addition, but he also is a timely reminder not to take this game too seriously.

The Fallout series is teeming with excellent NPCs, but Dogmeat stands out from the crowd as the pinnacle.

This canine companion is one of your most regular sights and sounds on your adventures across the Fallout universe.

Dogmeat will follow you around wherever you go, helping to make the barren wasteland a little less lonely.

Cortana is a fiercely strong personality in her own right, but Halo just wouldn’t be the same without this NPC.

Consider Cortana as the voice of reason and knowledge to guide you along your way.

Many NPCs of this nature have been a source of frustration among gamers in years gone by, but Cortana is an invaluable addition to this franchise.

BioShock Infinite may have got plenty of things wrong, but one thing that most gamers are united on is the success of NPC companion Elizabeth.

Elizabeth is anything but a millstone around your neck. She’s flexible and capable, with a host of unique attributes to get you out of tight situations.

Upon our travels in Resident Evil 4, we lost count of the number of times that the merchant would rock up on-screen to save us from the villagers, always greeting us with "What are you buying?".

If you needed someone to sell you a vast array of weapons, upgrades, or healing items, he was the man to contact.

Jeff “Joker” Moreau is up there as one of the best NPCs of all time, not just in the Mass Effect series.

He stands head and shoulders above the rest of the Alliance fleet as one of the finest pilots, but aside from his attributes in the skies, he happens to be a hilarious personality to boot.

Hal “Otacon” Emmerich is a nerdy scientist, but surprisingly became one of the most recognizable figures in the Metal Gear Solid franchise.

Despite showcasing his vulnerability by wetting himself on your first in-game meeting, Otacon gradually grows a pair as the franchise evolves, going above and beyond the call of duty to assist you.

Despite being an NPC, Tom Nook plays a key role in all aspects of Animal Crossing games. He operates the village store and is the go-to character to visit if you need funds to expand your adventure.

Nook – known as Tanukichi in Japan – almost acts as the gatekeeper of the game, making sure that players progress at the right time.

In the autumn of 2018, the term NPC received further attention when it was coined as a derogatory meme. The meme was shared with the question “Are you an NPC?”.

In essence, the meme was suggesting that any person labeled an NPC was devoid of being able to think for themselves and was simply happy to follow the crowd.

It’s even become an insult thrown around by gamers at those deemed to lack in-game intelligence to prevail (arguably most notable in games such as D&D where players must be active).

Nevertheless, an NPC remains integral to the dynamics of so many of the latest titles, adding a layer of authenticity that makes these virtual worlds more immersive than ever before.

Raid: Shadow Legends
Collect 400+ Champions & Fight For Glory
Read more
See all
Insights
RPG Classes: How to Find Your Character
Insights
Who Are the Best Video Game Characters of All Time?
Insights
What Are the Main Types of Fantasy & RPG Characters?
Connection lost