Want to Be an MMO Clan Leader? Here's How A good leader is arguably the most important part of any video game clan; someone who can take responsibility for the clan’s future, organize in-game events, run a website (or at least a dedicated forum), and basically act as any other real-life manager in any other real-life place of business would.

What is a Gaming Clan?

Before we start talking about clan leaders, let's cover the basics. According to Wikipedia, a video game clan, guild, or faction is “an organized group of players that regularly plays together in one or more multiplayer games”. These groups range in size from a few good friends playing together on the weekends, to an organization numbering in the thousands.

With such a lax definition, the number of active clans at any given time is staggering, especially considering the popularity of MMO & RPG games. There are more video game clans than can ever be tracked, in every game genre and subgenre. 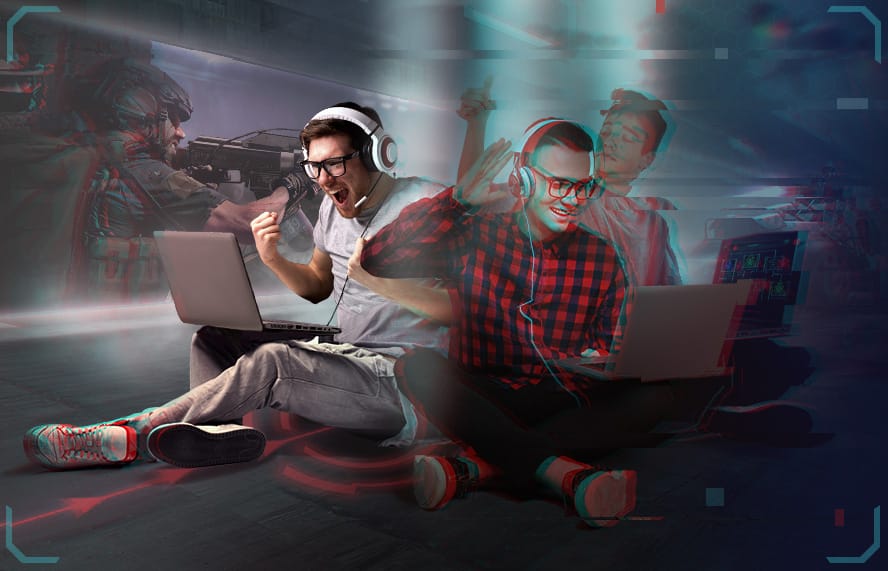 Gamers can expect to find clans in MMORPGs, multiplayer first-person shooters, and online strategy games. MMORPG and strategy games are where clans have the most impact. Back in 2017, Bungie created immense excitement by announcing clan support for their upcoming “Destiny 2”, the sequel to their acclaimed RPG/shooter hybrid.

In role-playing games, clans (sometimes called guilds) allow players to raid dungeons and take on difficult bosses together with individuals whose skills they trust. However, in multiplayer strategy games, the importance of clans is tenfold.

The Importance of Gaming Clans

Strategy games are focused on conquest and the fight for resources and territory. Since one player cannot hope to defeat multiple adversaries and gain control over the entire map, clans are formed to unite like-minded players under one banner. These clans fight each other for supremacy, and this is exactly where the leader steps in. Without proper guidance, a clan has no compass - no individual able to organize players towards a common purpose and goal.

Make Your Vision a Reality

First and foremost, a leader needs to have vision, and an ability to clearly define the purpose of their gaming clan. What is their clan’s purpose? Is it to expand and gain more territory? Dominate all other clans in combat? Offer a safe space for people to socialize? It is important that the clan has a mission, otherwise it is just floating along rudderless, waiting to be picked off by a clan that does. This includes day-to-day plans as well. If a clan wants to “become the best”, whatever would make them “the best” must first be defined, and a plan to execute this goal needs to be established.

It is a leader's job to make sure every member (or potential member) of their gaming clan is aware of their mission statement and will work towards making that vision a reality. Hence, it’s a leader’s responsibility to see to it that every decision made, either by themselves or by others, upholds the clan’s values, vision, and mission.

There’s also the managerial angle. A leader must always consider the good of the clan, while making sure every member is treated fairly and with respect. “Fair” is a tricky word, since not everyone shares the same point of view. What one player considers as just might not sit well with another - this is just the nature of things. The leader must make the tough calls that have the potential to ruffle a few feathers, whether it’s granting a promotion, awarding loot or resources, delegating control over a territory, or even rejecting a potential member.

Since a clan consists of many different people with their own unique ideas and styles of play, there is bound to be conflict within the ranks. A good leader knows when to let arguments run their course and when to step in to break things up and deal swift justice. Rewarding good behavior is easy, but punishing unwanted behavior can be quite difficult and unpleasant. Make sure to explain decisions clearly and in a way that shows everyone they were made with the clan’s best interests at heart.

In order to lead a gaming clan, you must know the people you are leading. Keeping an open line of communication with as many members as possible will give you insight into their gaming habits, goals, and personality. It’s imperative to assign players to roles they will be both comfortable in and good at: 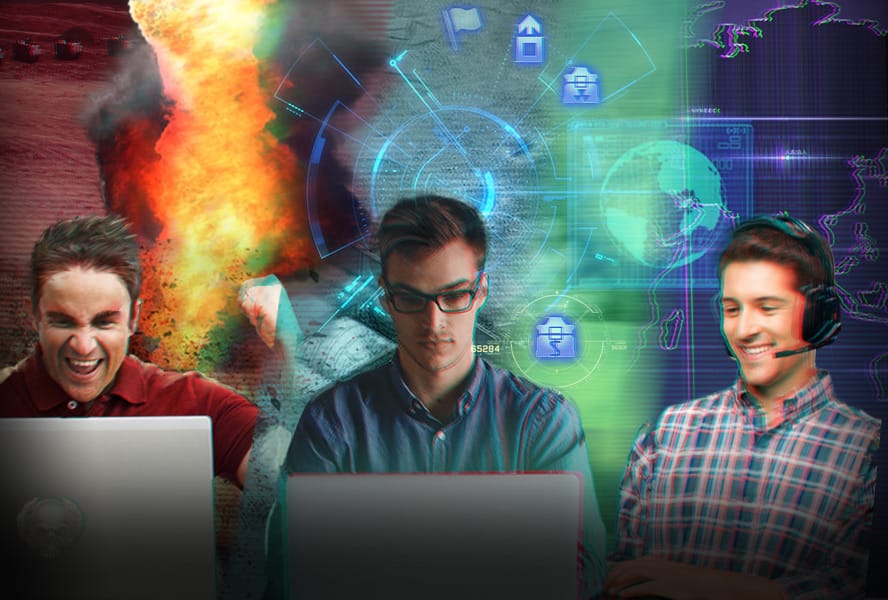 Most games have built-in tournaments that offer leaders the opportunity to play alongside members of the clan and find out more about them. These events allow you to set short-term goals for the clan and learn its overall strengths and weaknesses, and which players stand out. Then, a leader can adjust the long-term goals accordingly.

Knowing which realistic in-game goals to set can lead to more frequent victories and an overall boost to morale. Every victory, no matter how small, can push players to spend more time playing and contributing to the clan. As a result, it’s very important that you play alongside your members, get to know their style, preferences, and capabilities, and focus on the activities that would be right for them.

Psychological Elements of Leading a Clan

Keeping morale high is crucial in order to keep a clan active. However, a leader must also understand that people have a life outside both the clan and the game. Some players don’t want to play as part of a group all the time and it isn’t possible for others to dedicate every waking hour to improving their characters or reinforcing their bases. Push players to invest more time and money into the clan than they want and they’ll end up abandoning the game. Instead, help players to find the perfect balance between their everyday life and their clan duties.

This is where familiarizing yourself with the clan’s makeup is paramount. The ratio of men and women, the player’s personal background, etc. These are all powerful tools in the hands of an involved clan leader. Knowing how your members balance between their personal life and their commitment to the clan, as well as understanding their spending habits, can impact the way you make many important decisions, including the entire structure of your clan. 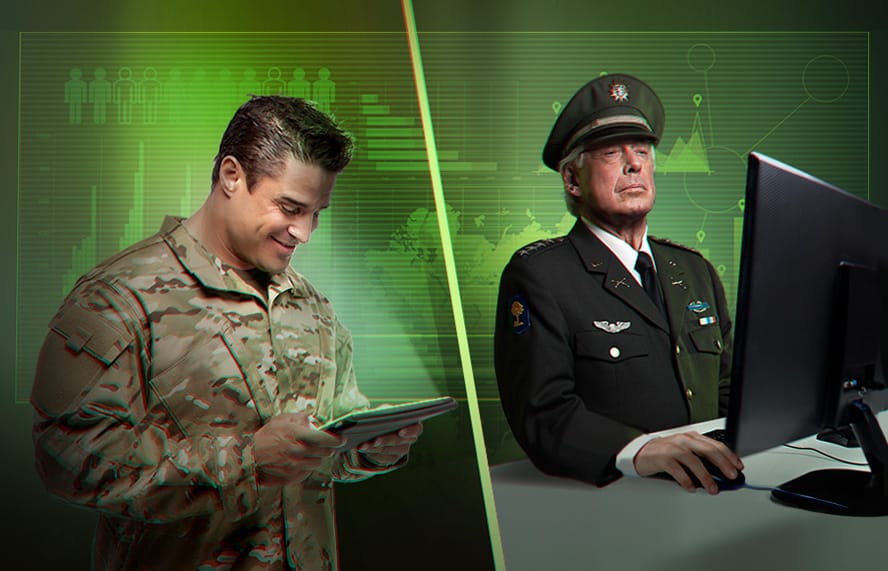 No clan leader should bear all the responsibility alone. Running a clan is simply too much work for just one person, so one of the most important things a leader needs to do is delegate. Find a few players you trust, who have proven themselves, and deputize them - give them authority to decide certain matters. Their roles can be as small as moderating the clan’s forums, to as big as being in charge of the clan’s PvP activity.

Clan leaders who don’t spread their responsibilities out among several lieutenants and who try to do everything on their own can very quickly burn out. We’ve seen top clans tumbling down the leaderboards just because their leader disappeared in a moment of crisis. No gaming clan leader has all the right answers, and the best ones know to let some of their power go for the good of the clan. If nothing else, heed this advice: clans who share and delegate tasks tend to last much, much longer.

The importance of a strong second-in-command is true for all clans regardless of size. Getting a group of 5-6 players to do anything together can be challenging. Nothing gets done without someone stepping forward and dragging everyone in the right direction. That is essentially what a clan leader does every day, and having one or two people to take on some of the minor responsibilities can help to ensure that everything keeps going smoothly. 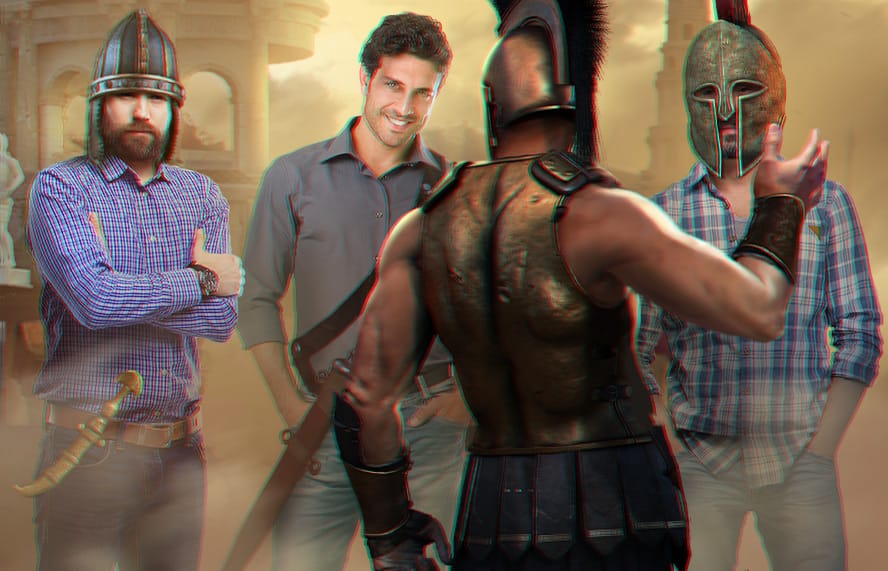 To summarize, here are the main takeaways for amibitious clan leaders:

Sure, being a clan leader may be a highly-demanding job, but if it’s done right it can be one of the most rewarding experiences you can have in any online game!

Raid: Shadow Legends
Collect 400+ Champions & Fight For Glory
Read more
See all
Insights
The Future of VR MMO Gaming and Beyond
Insights
The Growth of eSports & MMO Games
Insights
The Social Gaming Guide & How to Play Well With Others
Connection lost