There are a lot of fantastic, well preserved Viking sites you can visit, such as The Viking Ship Museum in Oslo or in Roskilde, but if you want to see some real remains you need to go outside of the beaten track and visit the smaller towns of the Northern Hemisphere.

Below is our list of the top 5 fabulous spots to to visit, for anyone interested in learning more about this ancient Scandinavian culture. Scroll down to read more about each of these viking lcoations:

Each and everyone of these amazing destinations listed above are must see locations for anyone that is wishing to see, experience and learn more about the deep and rich period of mankind's history that is known as the Age of Vikings.

Unlike many other lists that include museums and sites of special interest, that simply house Viking artifacts, this list does not.

This list is purely focused on real, genuine locations that the Vikings once called home and that you can still visit to this very day.

Although they are in a list, to make anyone of these the top location would be a discredit to the others, as they all have something to offer and should be experienced by any true Viking enthusiast at some point in their lives. 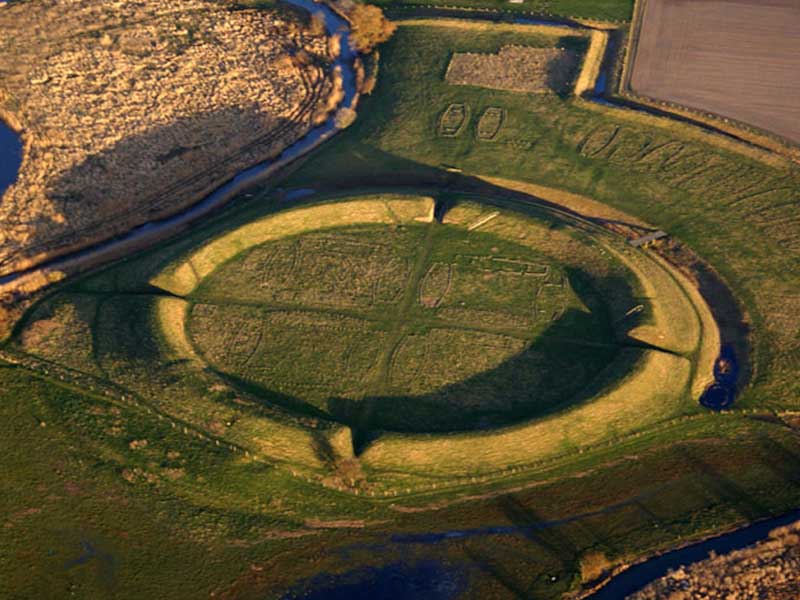 A Trelleborg, also known as a Viking ring fortress, is a type of circular fort.

These fortresses were built in Scandinavia during the Viking Age and can largely be dated to the time period when Harold Bluetooth reigned as King of Denmark and Norway.

They are believed to of been built after Harold Bluetooth lost control of the Danevirke and parts of Southern Jutland to the Saxons and were part of a defensive Viking network.

Currently, we know of seven Viking ring fortress locations, although there were undoubtedly more, many of which are currently unknown or simply lost to time.

Of the locations that we still know of, they are located in Denmark and Scania, Sweden. The names of these fortresses are as follows;

The most historic of all of these locations is the first ring fortress to be discovered and the one that has given rise to the name of this piece of important Viking architecture, Trelleborg, excavated between the years 1936-1941.

The Viking fortress of Trelleborg is located at Trelleborg near Slagelse on Sealand, which is an hours drive South of Copenhagen.

At this location is a museum in which you will be able to view various artifacts that were discovered during the excavation of the fortress, as well as view modern day reconstructions of the 1,000 year old fortress. 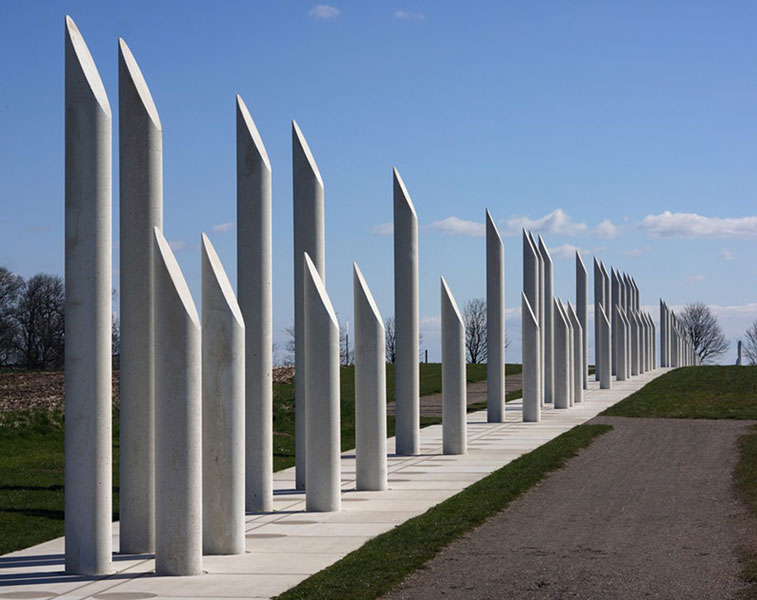 The town of Jelling in Denmark is one of the most historic Viking locations that exist today.

This small town is visited by over 150,000 tourists each and every year and for good reason.

Located here are some of the most iconic pieces of Viking history, ancient burial mounds, runestones and the Jelling Church. 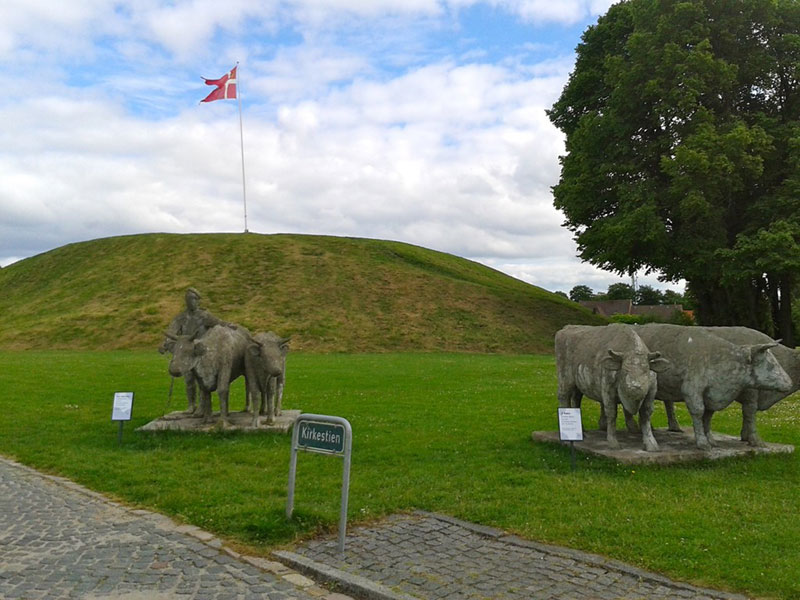 The oldest of these rune stones was raised by King Gorm the Old in memory of his wife, Thyra.

The largest of the stones was later raised by Harald Bluetooth, who erected the stone in honor of his parents and in celebration of his recent victory over Denmark and Norway.

In addition to these beautifully carved stones, we have the Viking burial mounds located in Jelling, which are a key part of Viking history and traditions.

Finally, we have the Jelling Church itself, which was constructed in 1100 and marked the transition of Viking culture from paganism to Christianity.

The construction of this church thus makes it one of the Vikings most critical pieces of architecture that survives to this day, as this was the start of the integration of the Vikings, into the broader world as a whole.

Many consider the Jelling Church to be Denmark’s “birth certificate”.

3. The Settlement Exhibition, in Reykjavik

The Settlement Exhibition is located in Reykjavík, Iceland, created by the Reykjavik City Museum. 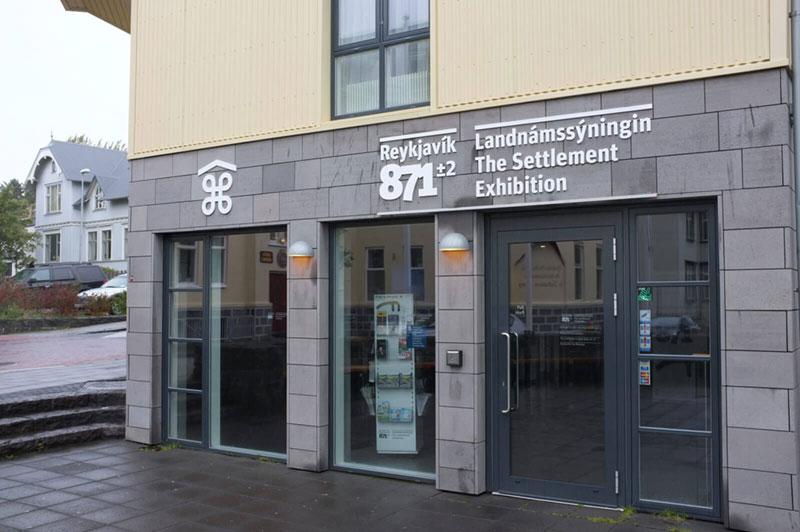 This location is based around a 10th century Viking longhouse, which was discovered in this location between the years 2001-2002.

In addition to this Viking longhouse, the Settlement Exhibition also includes various other settlement era artifacts that were unearthed during excavation of the region.

The unearthing of these artifacts marked the oldest relics of human habitation in Reykjavík, from before AD 871. 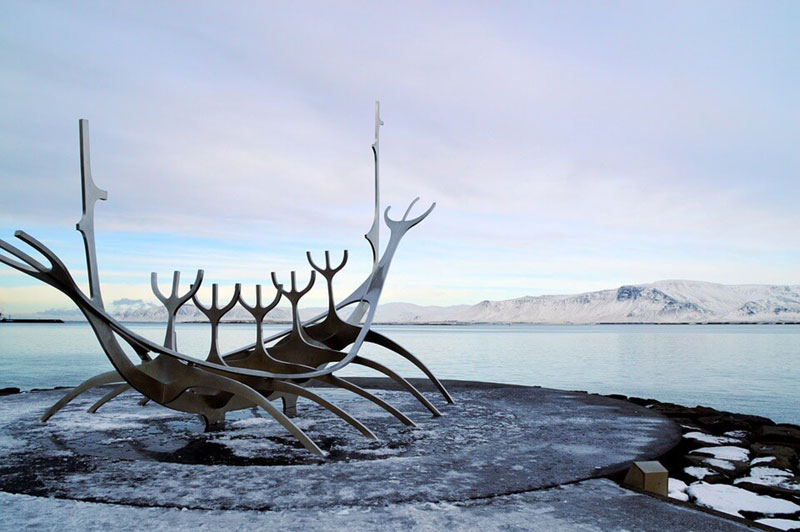 This longhouse is considered to be a part of one of the oldest buildings in Iceland, as a whole and what is truly amazing, is that it has been preserved in the exact location that it was first constructed.

In addition to witnessing this ancient piece of Viking history, you will be able to see reconstructions of what this longhouse would of looked like when it was standing, as well as learn about its construction and its function. 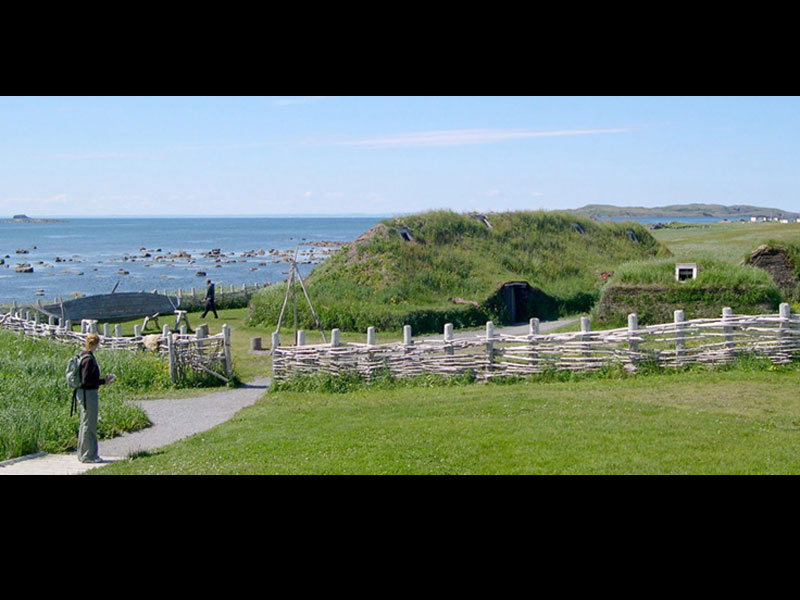 L'Anse aux Meadows is an archaeological site on the northernmost tip of the Great Northern Peninsula on the island of Newfoundland, which is a Province in Canada.

The discovery of L'Anse aux Meadows took the world of academics by storm, as it was direct proof of  pre-Columbian trans-oceanic contact, which changed the history books as we knew it.

This location is incredibly rare and unique, as it is the only confirmed Viking location within North America.

Over 1000 years ago the Vikings landed in L'Anse aux Meadows and created a village, in which they attempted to meek out an existence and for a time, they did.

This town has been recreated and can be visited today. 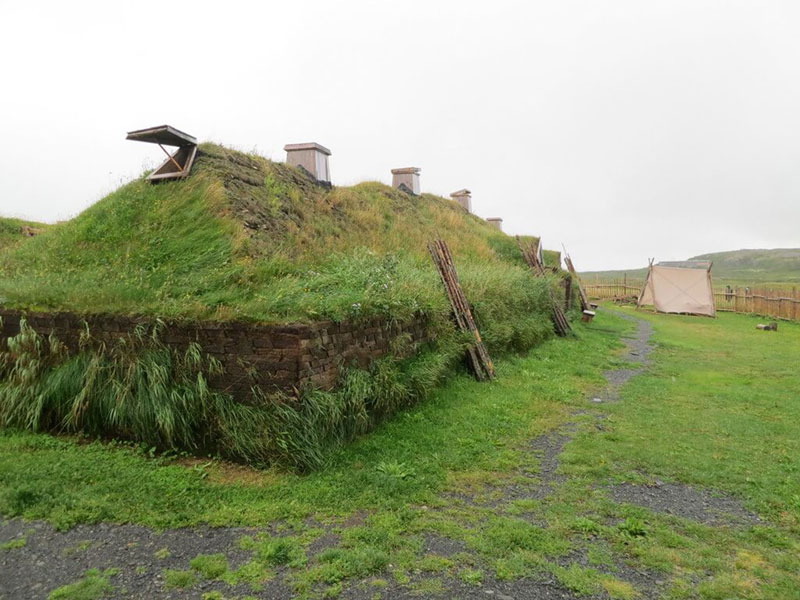 At this Viking encampment you can try your hand in blacksmithing, weaving, and even talk to characters who will bring Viking history to life by reenacting the lives of ancient Vikings.

In the evenings tourist can gather around the skáli (kitchen) and hear ancient Viking tales of both heroics and tragedy. 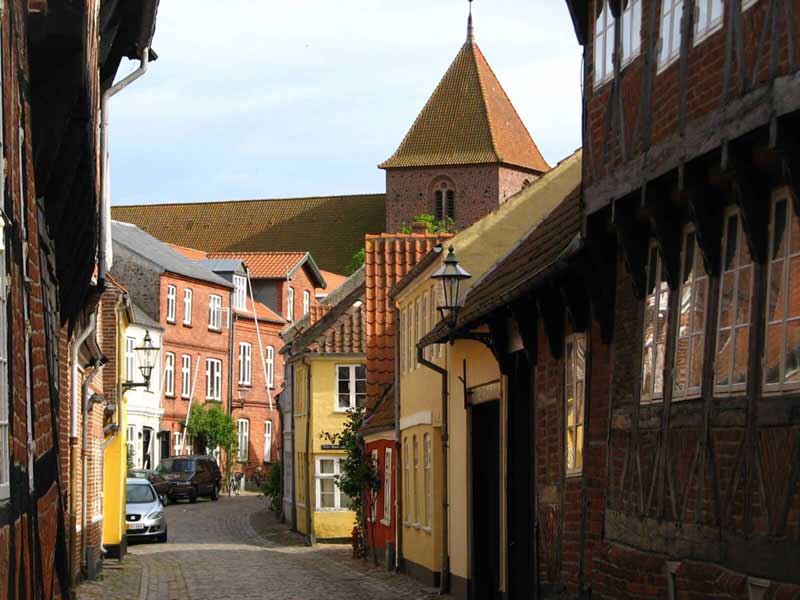 Ribe is a small Danish town in southwest Jutland. Ribe is the oldest town in Denmark and is thus a crucial part of ancient Norse history.

Located in Ribe is the Viking Center, which features authentic reconstructions of Viking locations from Ribe during the period of 710-980 AD.

At the Ribe, Viking Center you are able to visit not only authentic Viking reconstruction sites and buildings, but also attend a Viking marketplace, harbour and attend Viking cooking events. 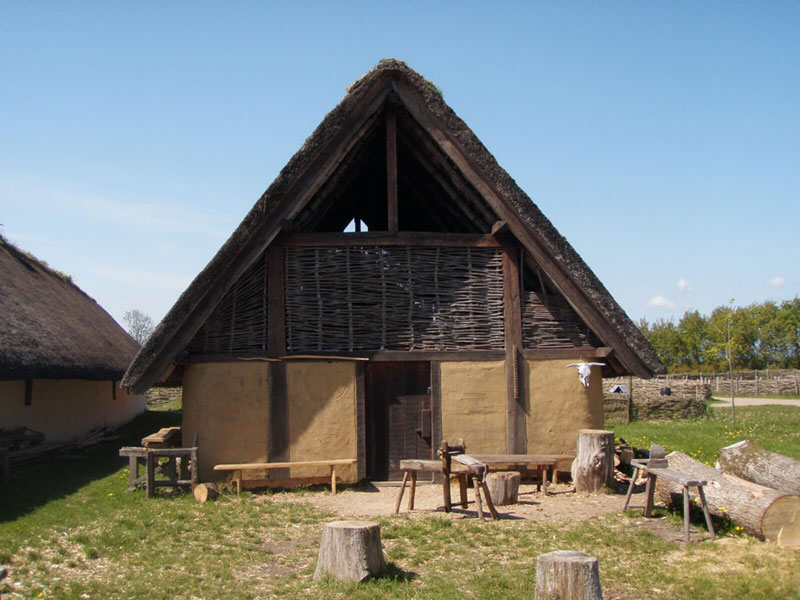 At the Viking market, you will experience an “atmosphere unrivalled”, in which you will be able to meet traders, warriors, craftsman, archers, jesters and many more.

If you are looking to immerse yourself into what one of the oldest towns in Viking history felt like, then Ribe is a must visit location and destination in your historical Viking pilgrimage. 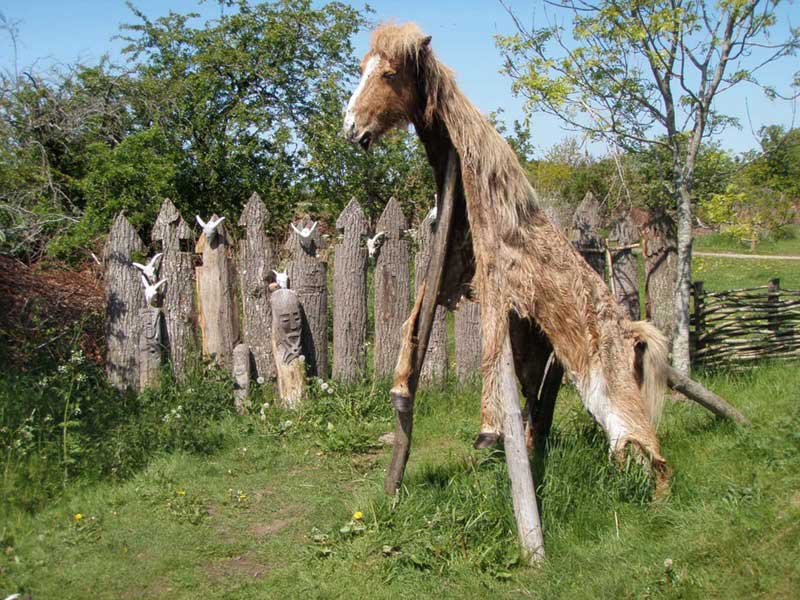 Each and everyone of these locations will make you feel connected and a step closer to the way the Vikings experienced their way of life.

Although these are five of the top Viking historic locations, many other locations and museums around the world exist that exhibit rare and beautiful Viking artifacts, such as the The Viking Ship Museum in Oslo and the Birka Museum in Stockholm.

Any dedicated Viking fan would hopefully be able to visit one, or even all of these places in their lifetime and experience the rich and vibrant history that is known as the Age of Vikings.

Raid: Shadow Legends
Collect 400+ Champions & Fight For Glory
Read more
See all
Insights
The Spartan Warrior, Who Were They?
Insights
What Happened to The Vikings? A Brief History
Insights
Traditional Viking Food: What did the Vikings Actually Eat?
Connection lost