It's an exciting time to be involved in the competitive gaming scene of eSports. To get a first-hand look at the industry from an insider's perspective, Plarium sat down with League of Legends star Bunny FuFuu. A former professional gamer-turned-streamer, Bunny FuFuu gave us the low-down.

Here, we venture into Bunny FuFuu’s experiences as a pro and a streamer. The incredibly popular YouTube star also gives us some insight on the industry moving forward.

Bunny FuFuu’s real name is Michael Kurylo. He’s currently a full-time streamer for the Cloud9 eSport team, focussing on creating League of Legends content. His career began in 2014 as a member of Team Curse, which would become Gravity.

Having impressed with his performances as the champion Thresh, Bunny FuFuu moved onto Cloud 9 in 2016. He featured as a team member before transitioning into full-time streaming for the team.

As of early 2019, Bunny FuFuu boasts over 1.66 million subscribers. The first video on his platform came on 9 January 2016, with Cloud9 welcoming him to the team in the video “Introducing Bunny FuFuu.”

Since then, the YouTube channel has continued to grow, adding exciting and interesting content. As it stands, the “Bunny FuFuu” channel has posted over 1100 videos of mostly LoL content.

Many of the videos are focused on League of Legends gameplay, but there’s also space for some off-the-cuff antics. Bunny FuFuu likes to blend the gaming with other stunts to keep it fresh. Videos like “*1 Death = 1 Clothes* The Hottest League Video On YouTube” and “Mystery Grill Makes Me Dinner | 99% Hook Accuracy Thresh” have eclipsed one million and two million views, respectively.

Of Bunny FuFuu’s huge stock of content, over 40 videos have breached one million views. Just surpassing “Mystery Grill Makes Me Dinner” is “60% CDR Mushrooms | Across The Map Quadrakill |1,000 AP Teemo,” which stands as his most popular video at over 2.2 million views.

On the gaming side, Bunny FuFuu’s champion of choice is Thresh. He rose to eSports fame through his play as the chain warden and continues to play as the champion.

However, his channel doesn’t focus on Thresh gameplay. Bunny FuFuu delves into everything League of Legends, from new patches, like the VFX updates to Thresh in 10.1 and 10.2 and the Akali nerfing, to new skins and game guides.

To reach the pinnacle of the competitive gaming scene and make it onto a team, you can bet that you’ll need to do more than just play a game for a few hours each night. As you’ll see across traditional sports, players sink thousands of hours into perfecting their gameplay with the hope that they’ll make it onto a team.

Training is long and rigorous in eSports, to the extent that such commitment may even ruin the experience for the entertainment-seeking casual gamer. While Bunny FuFuu always speaks fondly of his time as a pro gamer, he does detail a rigorous schedule.

Bunny FuFuu says that he used to have to wake up at 9 am to do scrooges, with there being a set schedule in place for practices. On an eSports team, gamers must practice the game in very specific ways to establish strategy and chemistry when it comes to a competitive match. Bunny FuFuu even admits, “Some days, I would play when I don’t necessarily want to.”

There are millions, if not billions, of gamers all over the world, with many of them thinking that they’re good enough to turn professional. As gaming is so accessible now, with the likes of LoL and DOTA 2 being free-to-play, there’s a great deal of competition for top-class players to overcome. So, the long days and thousands of hours put into the game are necessary for a player to rise to the top.

Why is PC the best form of gaming?

Console gaming and mobile gaming is more popular among mainstream gamers, but PC is always hailed as king. Controls and hardware performance are limited on non-PC platforms. On PC, though, you can continually upgrade top-line hardware and make use of the array of controls available through using a keyboard and mouse.

It is because of this that PC-based games have become the focus of the eSports industry. The platform is home to the most competitive games because the controller set and hardware allow for the highest level of skill to be reached, according to Bunny FuFuu.

If you’ve ever gone from playing a game like Fortnite on an Xbox One X – said to be the world’s most powerful console – to playing it on a high-end PC, you’ll know exactly what Bunny FuFuu means by it allowing for a greater application of skill. 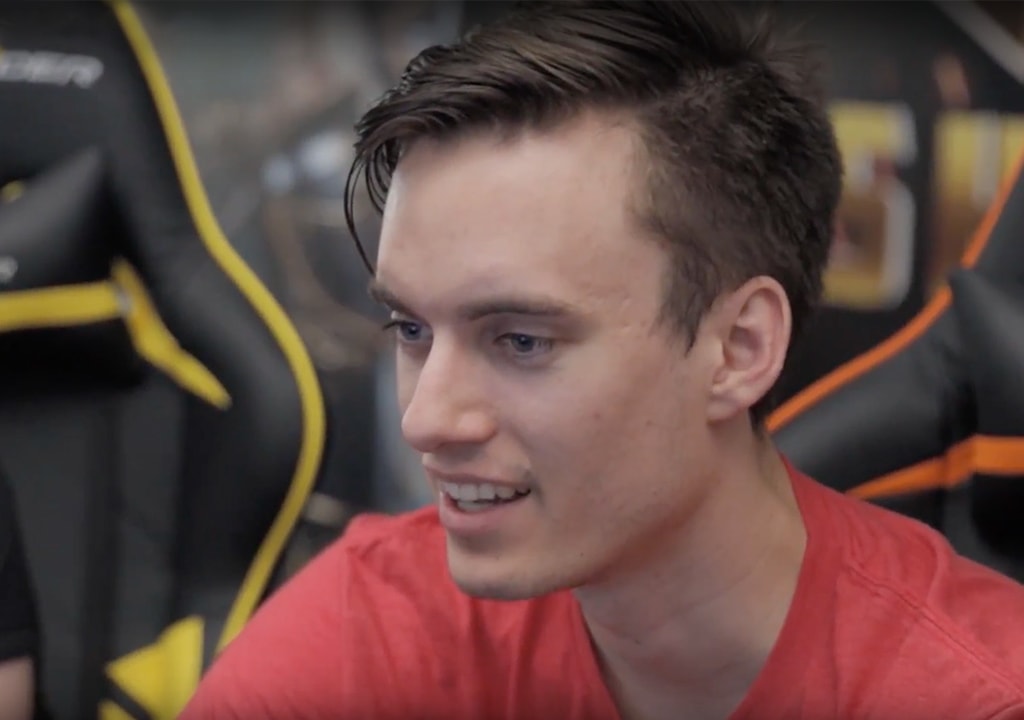 Will competitive mobile gaming ever make it big on the eSports scene?

Where PC gaming offers the greatest ceiling in terms of skill that can be deployed, mobile gaming is certainly the most popular and accessible form of gaming. As eSports runs on viewership numbers and subsequent advertising, it makes sense that mobile gaming could be targeted as a big feature in the industry.

Bunny FuFuu sees it more of being a case of which mobile games eSports figureheads try to promote within the industry. Due to the highest potential skill level that other platforms offer for genres like shooters, a competitive scene for a mobile shooter simply wouldn’t make the cut. Competitive gaming is all about the best of the best battling for supremacy, which can’t be done on a device that is limited to touch-screen controls.

However, the pro-turned-streamer does note that there is space for strategy games. This is because the touchscreen input can be enough for the right game for it to allow for the highest possible amount of skill in the genre.

Another issue for Bunny FuFuu with mobile gaming becoming competitive is that “mobile games are meant for just passing time, having fun, or [for people who want] to play with their friends.” Some games do bring highly-skilled, competitive gameplay to mobile players, as is the case with Raid: Shadow Legends. Shadow Legends, of course, retains its desktop offering for anyone who feels the same as FuFuu.

Speaking on the current competitive mobile scene, the streamer says that the hardware isn’t where it needs to be just yet. Due to mobile units lacking, the skill cap of what can be achieved has ended up being skewed near the top. Bunny FuFuu states that his results in a good player being able to beat a great player. This needs to be avoided if the highest level of competition is to be created.

What does the future hold for League of Legends and Bunny FuFuu?

League of Legends is one of the biggest games in the world right now and is one of the pillars of the eSports industry. However, it can’t last forever.

In the years to come, as more high-quality games push to break into the PC gaming and competitive gaming scene, time will gradually move from LoL. Titles like the PvP-oriented Raid: Shadow Legends on PC are actively looking to become a part of the scene, so will streamers like Bunny FuFuu depart from League of Legends?

Bunny FuFuu has dabbled in Fortnite – as has pretty much everyone by this point – and Teamfight Tactics. But the Cloud9 streamer doesn’t see his whole future as being tied to YouTube. He says that he’s been trying his hand in the world of real-estate, using YouTube to watch other estate agents to find out more.

However, Bunny FuFuu doesn’t see such a leap into another profession as coming anytime too soon. The popular content creator simply says: “Right now, I just want to play League, Minecraft, every game, all day."

As gamers, we all know this might just be the best time to be playing games. There’s so much quality in the software across the board. Hardware continues to improve and take us to better experiences. Then there’s also this incredibly exciting new way to enjoy gaming as a spectator, steamer, content creator, or even a professional player.

With Bunny FuFuu orchestrating a wildly popular YouTube channel that’s dedicated to a superb game, it shouldn’t come as a surprise that he’ll keep at it for a while yet.

We thank Bunny FuFuu for taking the time to talk with Plarium and giving us a look into the exciting world of competitive gaming.

Bunny FuFuu continues to put up daily League of Legends videos, so be sure to check out his channel over on YouTube.