The Mystery of Viking Music

Sadly, little to nothing is known about the songs and music that were sung by the ancient Viking people as they did not have the knowledge of writing and therefore did not record their rich and lustrous history.

However, we know that the Vikings did possess numerous musical instruments and held poetry in extreme high regard.

Poetry was very closely associated with music in ancient times and therefore it was incredibly likely that the Vikings also created and sang songs to help lift their spirits, prepare for battle, or soothe a crying infant.

Regardless of the ancient history of the Vikings being lost, there are some facts that we do know about Viking music, of which we will explore throughout the course of this article. 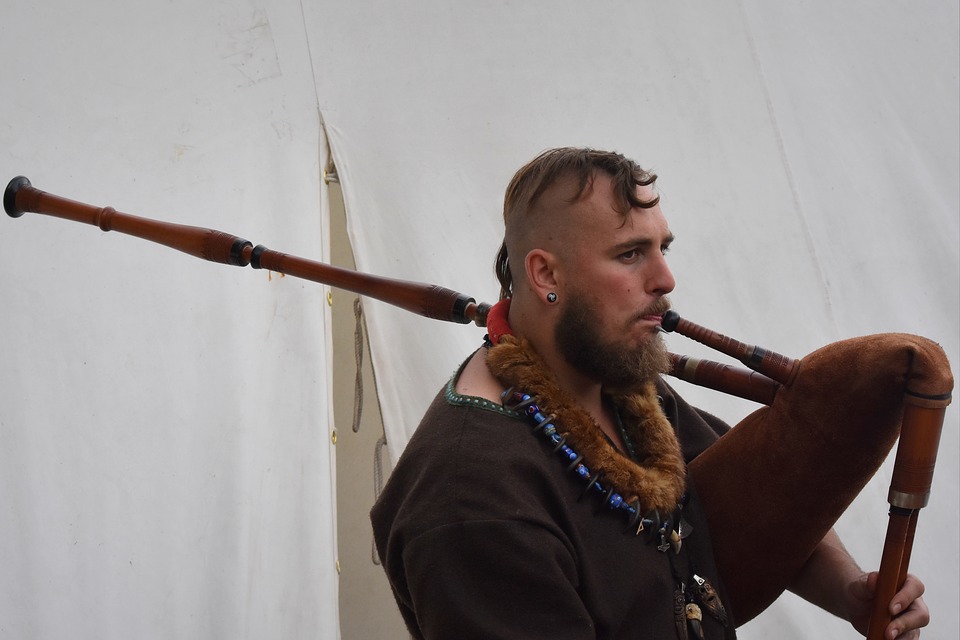 To better understand the unknown, we must first explore what was known about the ancient Viking culture.

Poetry was held in incredibly high regard in the Viking culture and those who were skilled in its art were held in great esteem and rewards were often bestowed upon them.

The reasoning for this was due to the fact that poetry was directly connected with the mythology surrounded their gods, with the most notable being Odin.

In Viking lore, Odin risked his life to obtain the Mead of Poetry, also known as the Mead of Suttungr.

The Mead of Suttungr is a magical beverage that the Vikings believed when consumed would grant the drinker the ability to recite any information on command and solve any question asked.

Essentially, it was a mythical drink of all knowing knowledge.

Being a “True Poet”, or “Skald” as the Vikings referred to them was thus so revered that it could propel a citizen up the social ranking and land them in the “Jarl” class, which was typically reserved for Chieftains and Kings.

We know that ancient poetry and much of poetry today was and is very closely associated with music, as it takes many of the same skill sets, such as a good memory, rhythm and the ability to perform.

Thus it was incredibly likely, especially given the fact that almost all notable societies throughout ancient history have contained some form of music in their culture, that norse music played an important role in the Viking world.

In addition to knowing that poetry played an important role in the Viking culture, we also know of a number of instruments that the Vikings possessed and used on a regular basis.

Although many of their instruments, like much of Norse history in general is lost for all time, we do know of a few notable examples that have survived to this very day. 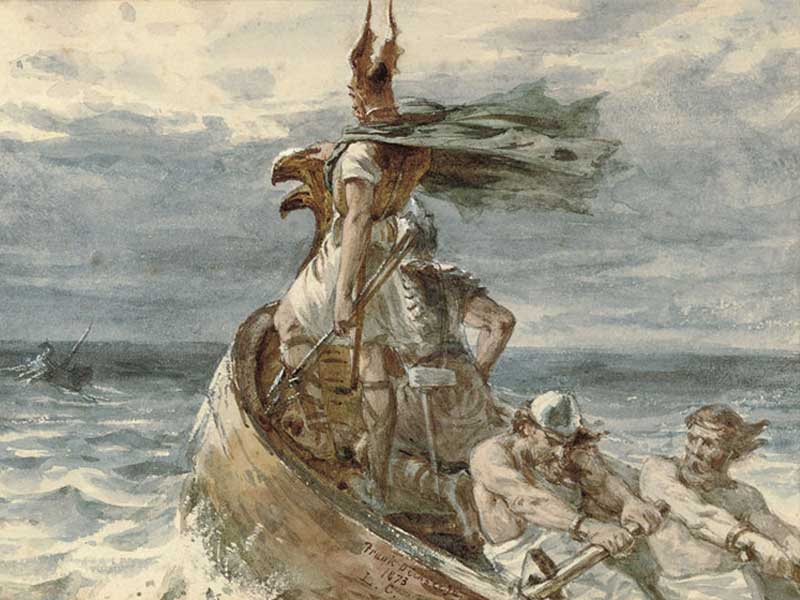 The “cow’s horn”, was an instrumented created out of, you guessed it, a cow’s horn. It was a type of recorder, therefore it would of had holes drilled into its side that would enable it to be blown into and notes created depending on which holes were covered at the time.

One example of a cow’s horn was found in Västerby, Sweden. Another was discovered in Konsterud, Värmland, which had five holes drilled into its side and was 27 cm in length. 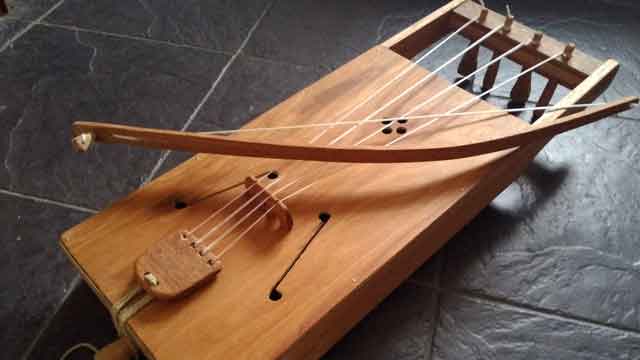 The “lyre” (sometimes also referred to as a harp) is mentioned in many of the sagas, and sadly due to them being out of wood, no examples have been discovered to this date.

Other such instruments that the Vikings used were animal skin drums and a variety of “woodwind” instruments, the latter of which include various flutes and pipes made out of bone and wood. A number of these instruments have been recreated by Danish musicians and played.

All Viking Instruments, including the Viking drum would of been used as a part of Viking war music, however they would of also been used alongside Viking poetry and music as well to enhance the performance and add effect. 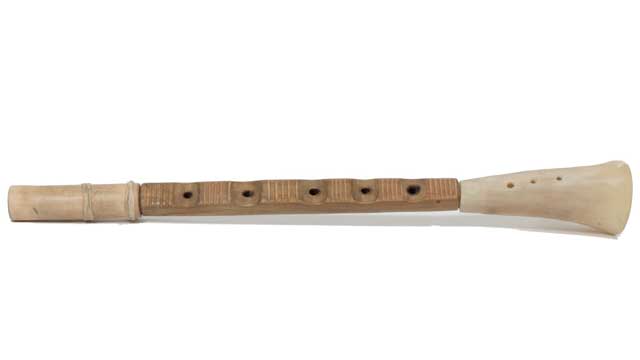 The Only Ancient Viking Song Known?

Although there are many songs that can be dated back to ancient Scandinavian history, most of these songs can then be linked to broader European culture and thus would of been adopted by the Norse people at later dates, once they began to integrate into the societies around them.

However, not long after the Viking people learned of a way to record their history and write down music, a song was carved into a piece of wood. Carved on a small piece of wood from the 14th century, found in Denmark, the first bars of an ancient song can be read; "I Dreamed a Dream"

This song was written in runes in a manner that was typical of this age in time, however it is believe that this song was not new at all, but was rather one that was passed down from one generation to the next, as was typical.

It is believe to be a line from an ancient Viking song. Thus highlighting one little fragment of the history surrounding the mysterious Viking music.

Viking war music would have included numerous chants in which their warriors would sing in unity to strike both fear and dread into the hearts of their opponents. The Vikings were skilled warriors and the war chant was a way of showing strength and coordination to your foes.

As with Viking music in general, no known ancient Viking war chants are known today, but still it is something to this very day that is being practiced. The latest example of this is the “Viking Thunder Clap”, which was performed by Iceland after their victory over England in 2006, then again during the FIFA 2018 World Cup.

This is a modern day example of a “war chant” proving that old traditions still live on, even if the specifics are lost.

Even though much of the Viking history has been lost due their inability to record their own acts and great feats they achieved, the spirit of the Viking warrior and performer live on to this very day. Certain aspects of Viking culture is still celebrated and revered. Modern day interpretations of Viking and Norse music are also featured in games, building the mood and helping immerse the player in the fantasy world.

In addition to being featured prominently in video games, norse music has played a powerful role in a number of successful hit TV shows and movies, such as “Vikings” by the History channel and “The Last Kingdom” by Netflix.

Viking Music in a Nutshell

In addition to being warriors, they were craftsman, poets, musicians and without a doubt - they were even singers. Norse inspired music lives on to this day and has the ability to stir our hearts and souls, invoking powerful emotions whether it be through chant or song.

Hopefully, one day more will be learned and discovered about Viking music, pulling back the curtain surrounding so much that is still unkown of this period in time, revealing a key part of Viking history.