The Spartan Warrior, Who Were They?

The first mention of the Spartan warrior appeared in the last phase of The Bronze Age known as the Mycenaean age, which took place between 1600-1100 BC.

These were Spartans that were feared across the world for their rigorous training regime and intense fighting style. Although the first mention of the Spartan warrior first appeared during the Mycenaean age, it wasn’t until after they defeated their rival city-state Athens in the Peloponnesian War between 431-404 BC that they became truly feared across the world.

This victory was considered the height of their power and was the time period in history in which they rightfully earned the reputation that they still hold until this day, in which the name “Sparta” still conquers up images of fierce , muscle bound, fearless warriors.

Throughout the course of this article, we will prove these stereotypes correct, as we highlight and explain the rigorous training schedule and life of the average Spartan warrior during the height of their power.

To start, we need to discuss the weaponry that the average Spartan Warrior wore into battle.

This is an important fact, as there were some key advantages that the Spartans gained over their opposition, due to the way they equipped their warriors before heading into battle. 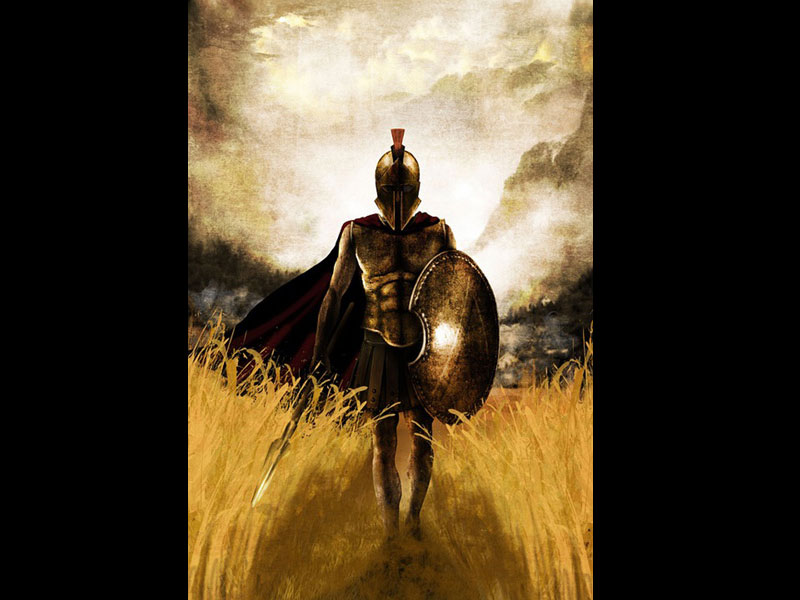 First and foremost, was the Spartan’s primary weapon, the Dory.

As is often shown when representing a Spartan warrior, their main weapon of choice was known as a Dory, which was a long spear measuring between 7-9 feet in length. 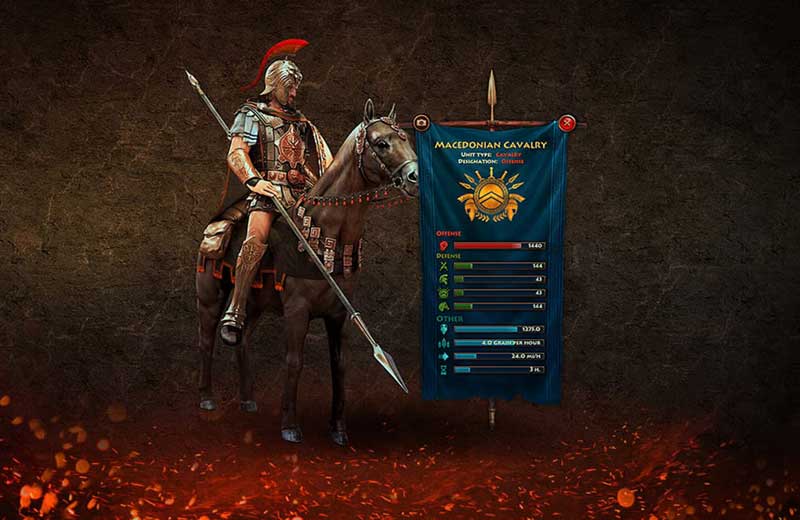 Typically, the Dory was held overhanded, however, it could be held underhanded as well, when adopting a defensive positive, working in conjunction with their shield.

A curved leaf shape, made of iron or bronze represented the point of the spear, while on the bottom was a spike. The latter was useful if the spear was broken during battle, allowing the spear to be used in a secondary manner.

The benefits of wielding a Dory into battle were vast, as it gave the capable warriors reach and the benefit of a ranged attack if needed.

The second weapon that was used in the Spartan army was the Xiphos, a short and deadly sword that was even smaller than the average short sword used by most armies during this period of time.

On average a short sword was two feet in length, however the Xiphos averaged between 12-18 inches.

This difference in length allowed the Spartan warrior to wield the blade in incredibly close combat, allowing it to be wielded at times that a longer blade would not be able to be used.

An alternative to the Xiphos was the Kopis, a curved sword that was used for hacking opponents, rather than piercing. It was considered a nasty, ruthless weapon, akin to using an axe in battle.

Finally, the last weapon that the average Spartan warrior used was their shield.

Although typically used for defense, the Spartan shield was also a formidable bashing weapon, made intentionally to be effective as a weapon. 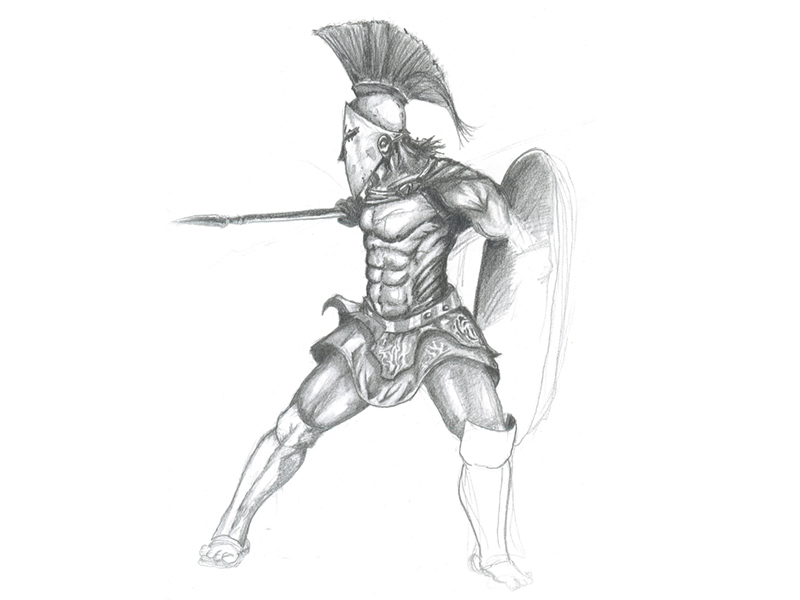 Much more akin to the era, the Spartan soldier, or Hoplite, wore armor that was very similar to other nations in their region.

The Spartan shield, which we discussed previously was a rounded shield that was made of either bronze or wood, that could be used effectively as both a defensive and offensive piece of equipment.

The letter lambda (Λ), standing for Laconia or Lacedaemon was painted on the Spartan warriors shield and was widely known during the period as a symbol of Sparta. This practice was adopted around 420 BC. The Spartan shield was revered by their society and military families passed it on from one generation to the next.

As body armor they wore bronze cuirasses, leg greaves and ankle guards to protect against slash attacks from their opponents.

This armor would grow and evolve as warfare during the time period progressed, leading the Spartan armor to become even more lighter, allowing increased flexibility and mobility in combat.

A Rigorous Life of Training From Birth

To put it simply, the life of a Spartan was not easy whether you were a man or a woman, as both were subjected to harsh demands and treatment from birth.

Spartan warriors were however exclusively men and their lifetime of training as a warrior began from day one of birth.

Babies were immediately inspected from the time of birth and were often discarded if any signs of defects were shown.

A misconception is that they were tossed from a cliff if a defect was found, however, historians have shown that often times they were simply abandoned to the elements, in which they either succumbed, or were saved by a passer by.

Spartan babies who passed inspection then had their constitution tested by being bathed in wine, rather than water.

Their cries were typically ignored, as Spartan woman adopted a “tough love” approach and they were commanded never to fear darkness or solitude.

Spartans believe this would result in hardened warriors from a young age, molding them into the men they wanted to represented their warrior society.

At the age of seven, a Spartan boy was taken from his household and placed under the control of the state.

This was known as the beginning of the Spartan agoge, or military training. 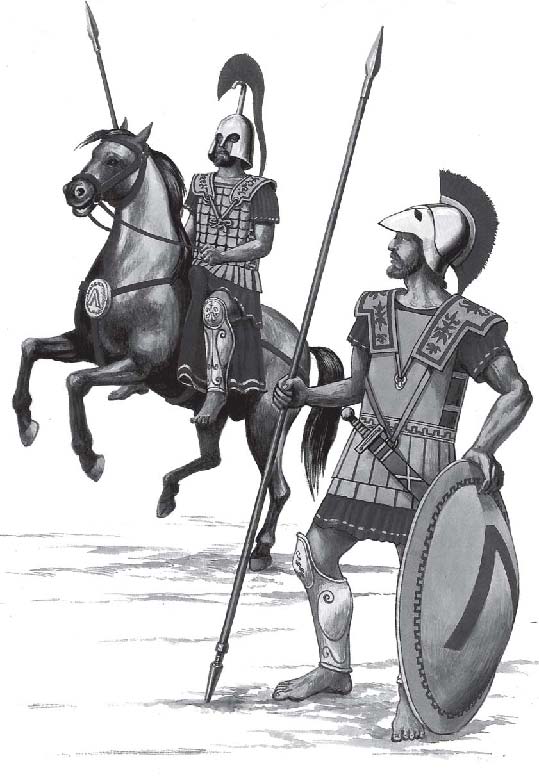 At this point they were housed in communal barracks with other young children their age, where they were taught scholastics, warfare, stealth, hunting and athletics until the age of twelve.

Hazing was a common practice and instructors actively encouraged it, along with fights amongst peers.

Once reaching the age of twelve, they were then stripped of all clothing, except that of a red cloak, forced to sleep outside and make their bedding out of reeds or whatever material they could scavenge.

They were encouraged to steal for food, however if they were caught, they would be vigorously punished for it.

This taught them to survive and prepared them for the harsh campaigns of war, in which they would often experience below sub par living conditions for extended periods of time.

Becoming a Spartan warrior was not a choice, it was your duty and it was one that lasted a lifetime.

Spartan men remained on reserve until the age of 60, and given the average life expectancy of the time, this often meant that almost the entirety of your adult life was devoted to the ways of warfare and the training that surrounded it.

Spartan men were discouraged from marrying until the age of 30 and woman were not allowed to marry until they were 20.

Although they could marry before this time, it was frowned upon, as all Spartan men had to live in the military barracks until they were 30 years old.

If they married before this time, they had to live separately from their wives and therefore it was not common practice.

The main point of marriage was not for love, but rather for producing future Spartan warriors. Therefore men were encouraged to marry healthy, strong childbearing woman, or risked facing ridicule for not doing so.

Poor physical fitness was something that was seen with disgust across the board in Spartan society and Spartans were encouraged to stay in peak physical shape at all times, at all phases in their life.

In fact, this was so important, that you could find yourself banished if you fell too poorly out of shape.

In battle, you remained a Spartan warrior until the bitter end. To surrender was considered the ultimate disgrace, resulting in Spartan military units fighting to the last man.

This was so true, that a common saying that Spartan mothers said to their husbands and children before heading off to battle was “Return with your shield or on it.”

The End of an Era

At the height of its power, the Spartan warrior was an unbreakable fighting machine, defeating foe after foe and winning them the reputation that still stands today.

Their innovative phalanx formation in which Spartan soldiers fought shield to shield, advancing with thrusting spears against their enemies was a strategy that seemed unbeatable at the time.

In addition to this fighting formation, was the code that all Spartan warriors lived and died by, that was taught to them from birth.

This combination made an unbreakable, fearless force that stood unrivalled for centuries.

Sadly, this unbending code would ultimately be what brought about the end of the Spartan era and their empire as a whole.

Their unwillingness to change eventually resulted in Sparta's defeat by Thebes in the Battle of Leuctra in 371 BC, which ended Sparta's prominent role in Greece.

Once the curtain was pulled back and they were revealed to be just mere mortals and able to be defeated, there was no going back.

Emboldened their opponents and enemies would continue to adapt and innovate new warfare fighting styles, using effective tactics such as long distance warfare, that the Spartans believe to be cowardly.

Sparta remained as an independent state, even if weakened, until the Roman conquest of Greece in 146 BC, ending an era and closing a chapter in mankind's history. 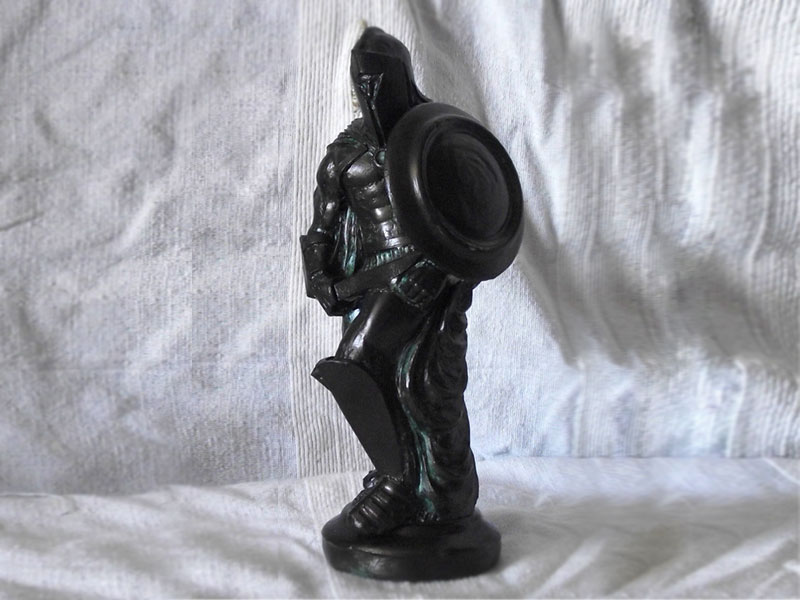 The Spartan warrior to this day is still thought of as one of the fearsome fighters in all of mankind's history.

Their victories in the face of seemingly insurmountable odds are stories of legend.

The Spartan warrior code lives on to this day, as many modern militaries have adopted much of the training and tactics that were developed by these fearsome warriors during their reign of dominance.

To this day, advanced militaries have a strict code of discipline, ensuring that troops stay in shape at all times, putting them through rigorous training programs and that they maintain their appearances to a high standard. This was the Spartan way, as they knew a well kept, well maintained fighting force could strike fear into the hearts of a less disciplined foe, defeating them even before they reached the battlefield.

Unity was paramount to the success of the Spartan fighting force and is something that placed them leaps and bounds over many other military forces of the time.

To this day, this is true, as a strong united fighting unit will often overcome a better equipped foe, even when outnumbered.

In addition to the influence the Spartan Warrior has on our modern militaries of today, they have also affected our pop culture, resulting in massive hit titles such as “300” and “Rise of an Empire”, among many strategy games.

Games such as “Sparta: War of Empires”, have been massive successes, proving that the warrior mindset is still something to be desired and sought after to this very day and likely, until the end of time.

The Spartan’s rich and long history will live on forever. Of this we have no doubt.