What are MMOFPS games?

MMOFPS games offer a huge range of opportunities for MMO fans and FPS lovers alike, but so far this combination of styles can lack major representation.

While there is some difficulty in the combination of these genres, there is little doubt that this crossover hides enormous, largely untapped potential.

With the world of gaming increasingly shifting to a more online focus, this genre is one poised for a huge hit to bring it into the mainstream.

In this guide, we take a look at exactly what qualifies as an MMOFPS, how these titles relate to current MMO and FPS games, and what examples have so far set the stage as the best examples in the MMOFPS genre. 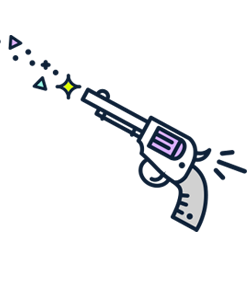 What are FPS games?

FPS stands for First-Person Shooter. These games are played from the viewpoint of the player character, where utilization of firearms and shooter combat is the major part of the gameplay loop. 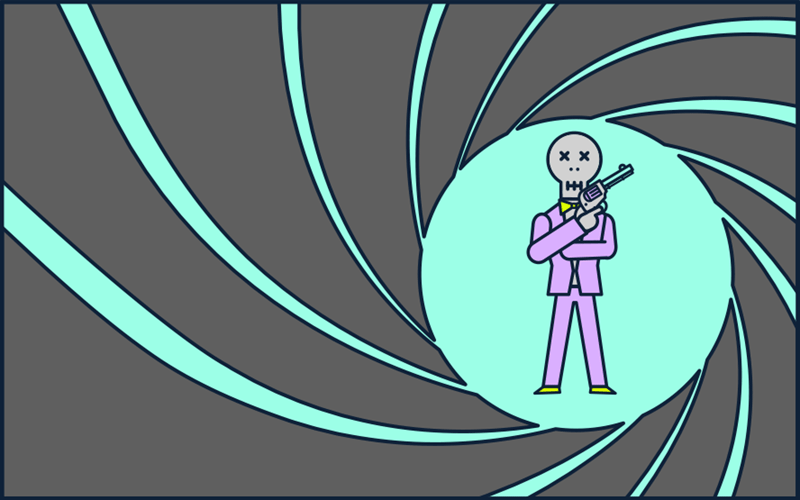 While not the first example of the genre, FPS games were popularized with the release of Doom on December 10, 1993. Doom proved so popular a game that for years after it, before the term FPS was settled on, many games in this genre were instead known as "Doom clones".

Since then, though, FPS games have become some of the most popular titles to play. A large part of this comes from online multiplayer gameplay, which reached the mainstream in a major way with the 2001 release of the Halo series on the original Xbox.

Originally, FPS games were arguably only well suited to PC given the difficulty of adapting their controls to a gamepad device. Over time though, as dual-stick controls and auto-aim features improved, this issue was mitigated to the point where the differences between PC and console control capabilities are now minor. 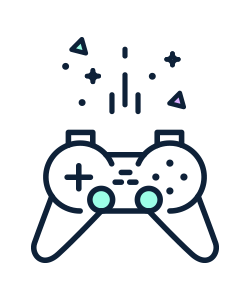 What are MMOFPS games?

MMOFPS games are titles within the greater MMO genre which have gameplay primarily informed by traditional FPS gaming. Among these are games like the Destiny and PlanetSide series.

What makes MMOFPS games a difficult genre to build?

The difficulty in creating these games is mostly due to the differently targeted playlengths of each of the MMO and FPS online genres.

While MMOs have long been the type of game which favors extended periods of play, FPS online games tend to have sessions lasting around half an hour, often considerably less. Finding an effective way to combine these models and their fanbases has proven a very challenging task. 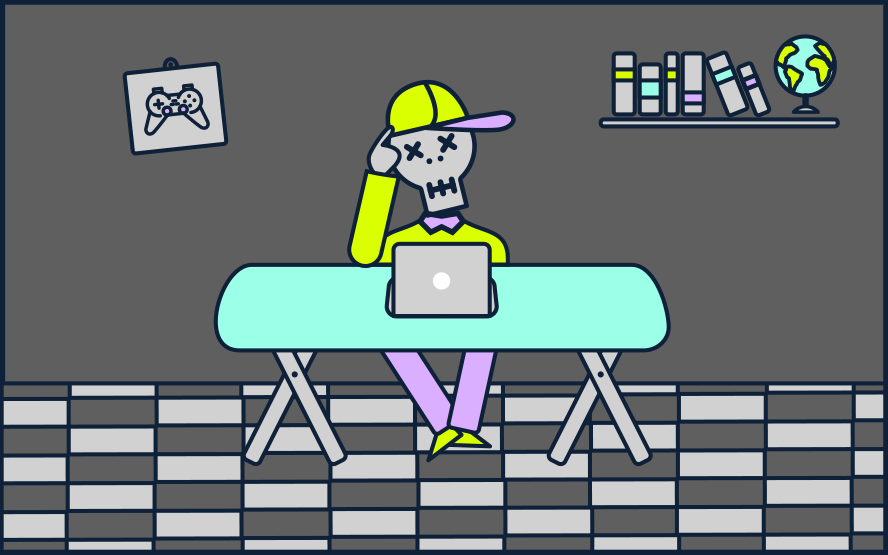 Also factored in here is the inclusion of the standard MMO monthly pay model. While this is accepted among MMO games, players of FPS games are used to a single upfront payment for their normally LAN-based game, making the establishment of this system a problematic sell.

Countering this issue is the potential of a free-to-play model. These traditionally charge no upfront fees and earn their money through various in-game transactions.

However, many leading developers are hesitant to engage in this model, with some preferring a full-priced game which then includes free-to-play microtransactions – a system often derided among video game traditionalists. 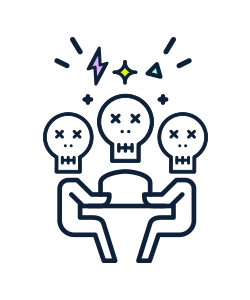 Another issue here is one which is less of a problem in PvE game but constitutes a real concern in PvP – pay-to-win mechanics. In effect, these refer to direct gameplay advantages which can only be obtained through either monetary purchase or an exorbitant amount of grinding.

As it skews the odds towards those who pay their way to victory, this can create a gulf of power between the haves and the have-nots.

The History of MMOFPS

The earliest recorded game that can be thought of as an MMOFPS game was Underlight, released on the now-defunct MPlayer service in March of 1998.

While it was a technological feat, the limitations of computer processing and bandwidth at the time meant that the combination of the two genres was not particularly cohesive.

Because of this, when people ask what was the first MMOFPS, the most common answer is Neocron, a cyberpunk post-apocalyptic game released in 2002.

The biggest effort and the one which ultimately proved the potential of the genre is still considered to be the original PlanetSide, released in May of 2003.

With up to 399 players able to compete in a single battle, this title is generally thought to be the originator of the genre as it exists today.

Which Games are Considered MMOFPS?

The two biggest examples of the MMOFPS genre currently available are Destiny 2 and PlanetSide 2. Destiny has more of a traditional MMO loot and leveling-based focus, as players improve their characters and complete quests for experience, currency and gear rewards.

PlanetSide 2 is more of a widescale battlefield type of game, with over a thousand players able to exist on a single map at the same time, compared to 10 or so in Destiny and depending on map conditions. 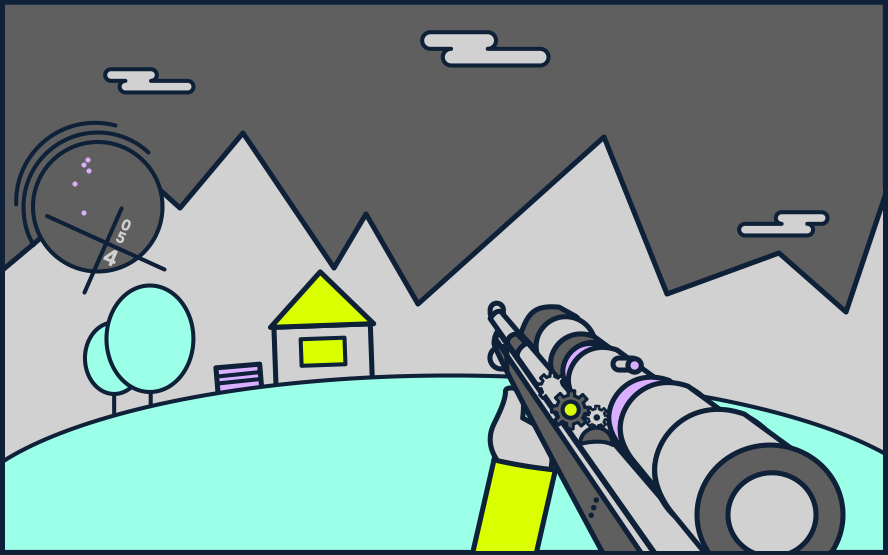 In fact, PlanetSide currently holds the world record for largest MMOFPS battle, with over 1158 players recorded in a single battle. Leveling in PlanetSide is comparatively tame, though there are elements of currency earning and unlockable progression.

Perhaps the most direct form of MMOFPS came with Firefall, launched July 29, 2014. While initially hyped due to a strong emphasis on combining MMO and FPS games in the most coherent manner yet, the game was mismanaged and eventually shut down on July 7, 2017.

Would an MMOFPS Game Work in eSports?

Both MMOs and FPS games are represented within the world of eSports, so the combination of the two into an effective eSport is possible, even likely. To gain traction on this stage though first requires considerable fan interest and funding from both developers and the community. 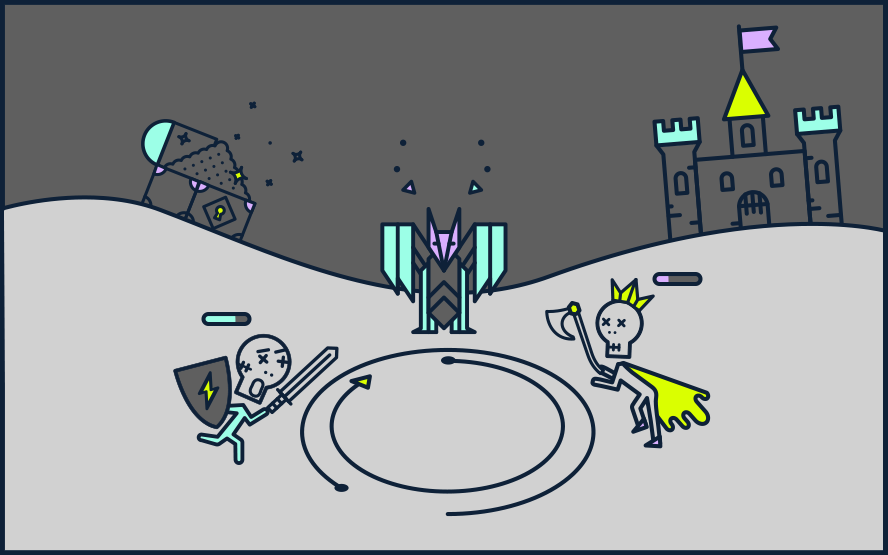 While some of the bigger examples in the genre like Destiny have made progress in this regard, there is yet to be a breakout hit on the level of other successful eSports genres.

MMOFPS games have long stood as a genre with massive potential. Despite this, we are yet to see a truly popular example of this genre, reaching the level of an MMO like World of Warcraft or an FPS like Halo.

With interest in both sides of this genre only growing, a breakout hit remains only a matter of time. The only question left is, who will be the first to take the crown?

Raid: Shadow Legends
Collect 400+ Champions & Fight For Glory
Read more
See all
Insights
PvP and PvE in MMO Games – What’s the Difference?
Insights
What are MOBA games? Your Guide to One of Gaming’s Biggest Genres!
Insights
TwitchCon (2022) is Back with a BANG!
Connection lost