One man Versus the Entire Immortals Coalition AND he's WINNING ! LOL HUAA! 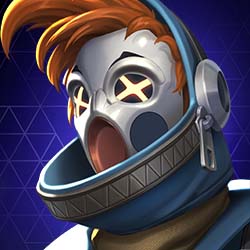 One man Versus the Entire Immortals Coalition AND he's WINNING ! LOL HUAA!

Hi all warriors of sparta, its been about 2 to 4months now heavy battles between myself ( helping hands coa) and the overated immortals coalition have been fighting, and iam winning lol. literally !!

ever since i left the immortals coalition due to the top order having guys sacrificing their trooops for their laughter i decided to quit the non-sense and play with my troops however i like.

their ego ways are nothing but exaggeration and no one, i mean NO ONE ! should ever EVER EVER fear them huaa!!

in my battles against them, ive managed to eradicate about 4 strong offensive players for them, sadly they arent around and if they are their acropolis red units are empty lol.

i wont stop hunt them they have awoken a huge ant nest. and they ll get bite everytime.

they are stupid in their approach to the game and feel they knows it all...but troops and reports does that for me...not talking !

so ill just leave this here for some fun....remember, if you want more fun like this and full particiaption within a team..join mines :) its new and going great. (helping hands)

landi ( for sticking his nose in other peoples affairs.

corey ( for being a snitch )

leaders there arent the as their first account holder...MM and other coalition have their Main accounts like Kaos same as marduk, and valkyrie posing as a woman lol..all that is irrelevant in the game and thats fine....but the lies they telll cant see who would loost troops for them anymore...i used to now i kill theirs ;)

they cant and would never win a war against me too pvssyfied and is cowards to attack me...but i must admit...they like to TALK ! epecially their cross dressing hedgemon lol.

dont come here and talk...join me on the battle field   oO

have a good weekend sparta. 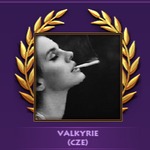 Just another nonsensical fairy tale. LOL It's very funny. Your efforts to continually damage the reputation of Immortals are surpassed only by your utter inability to deceive and manipulate anyone in Sparta to your dirty game.
You don't fight, you just gave your "Helping Hands" to some Immortals opponents. Otherwise, you just persistently spam with ridiculous and completely unsuccessful attacks. Immortals will not increase the PVP statistics of some Nordmen, who are just trying to weaken our warriors and gain PVP points. LOL
A legitimate effort ... but it will not succeed. We are not sheep. LOL

You're just a "big mouth" with 10 helping hands.
It must be fun to play alone in the coalition. But otherwise you're a great hegemon, military leader, strategist, warrior and ... the only team member. Congratulations. LOL

And this is how this hero fights every day ... He can't endanger a single warrior of Immortals. LOL

It's annoying, boring but what can we do. Just endure this until the hero is taken to a psychiatric clinic. LOL

stupid woman/man...i bomb your city with politicals every pvps and those attacks are to break your traps so that my politcals can work. anyways as you say i cant hurt any...but yet heres another one of your morons coming to fight me and LOSTTTT !  you are no leader as i once thought..sad to see good players following your BS..all the long talk and gibberish coming from your mouth falls on dry sands.anyways say shout out to tokyo for me...maybe he can visit the shrink now lol.

PS. MY CHALLENGE WITH YOU AND YOUR FOLLOWERS I MADE 5 LEVELS OF CHAROTS CHOSEN...THAT TOOK FIGHTING LOL, IF YOU HAD ACCEPT MY CHALLENGE MAYBE YOU WOULD HAVE GOTTEN NICE CHALLENGE POINTS...OH YEAH YOU RE A POLEMARCH  LEADER. Thats 5 of your poles offence annialiated LOL...WHY DONT YOU ATTACK BIG SHOT AND BIG TALKS ? ohh thats RIGHT! YOU ARE A USER FOR A LEADER. AND FRANKLY I CARE NOT ABOUT IMMORTALS NAME FOR I HAVE MY OWN ;).  do enjoy the rest of your evening and weekend...maybe my next visit here is you :D

as i said....i solve my differences on the battle field...join me and stop being a coward  fool !

There is only one thing I am sure of. You are a limited and very naive fool. ...
You can continue to insult me, at your liking, I don't care. LOL

I have no plans to send my ponies against Haitamus DEFF, who is sitting in your town. You're really a fool if you think you're motivating me with insults. LOL

I will choose the time, the battlefield and the way I will punish you. LOL

You can watch, throw up your lies and wait for the turn to come.
... I repeat, you have nothing else I can take from you. You are absolute zero. LOL You have no honor, no respect, no friends. LOL

So, finally take your hand off your sweatpants ... wake up ... and you'd better shut up. LOL

Your funny PA attacks have no chance of endangering me.
You don't have an OFF army that can take down a single tower in my citadel. You're just a "big mouth" and an annoying stupid insect. Nothing more. LOL

I am the Queen of Immortals and the motto you know well that defines our way of playing is: "There is nothing you can take from me if I do not give it to you, on the contrary I will take everything I want" ... Remember idote? LOL

Your screen photo of the one of my brothers' attack you brag about doesn't belong to you. It is in French and clearly shows that you are just a "bait" that the Nordmen use as a trap. Nothing more. LOL

It's too naive to expect you to see my ponies now. LOL I'll wait for you to bore your masters to death. HAHAHA
The current situation suits me and not only me. HAHAHA

hahahah what a fking stvpid woman/man you are......as i said all your fat talks of nonsense aint making sense to me...you talk about fighting about annialating my armies etc,,,but yet still you never trow a single meaningful attack at me...all you do is hide and talk cvnt! i willllll be ready for you whenever you decide to grow some ballls lol...snaps ! you have those lol....you say i dont have friends but yet still friends ask me to join them in annialating your dvmbasss weak warriors.

you think be me being there the other day you seeing my stats that was it? no dvmbasss, ive got more since then lol.

NOW ! stfu and fight ! am done talking....and its finally good to see some there getting sense and leaving your ass.

i dont know about your strength or level of anti assassins in your city and i dont care, for every one pol i kill 3 champion units along with troops and i get 520 pvps with every one.....i gain always..you are free to do the same....i ll continue to bomb your stvpid followers also.

you and your armies also cannot even touch a tower in my kingdom....know that ! 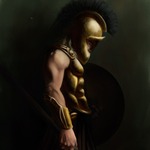 Nice Killer :) Valky sucks anyways. Alpha my rear end. She may have to dip into her moms savings account soon lol

valky suckks big time too lol.....alpha? lol indeed rear ends. she is bruk or i should say financially challenged lol. one of my latest victime.

NO ONE CARES ABOUT YOUR STUPID EGO ARCHON !! BE GONE !!

best to send them one by one when plucking champs units like this lol...rookies lol 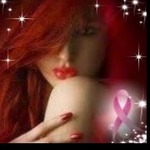 Hello guys, interesting reading🙂.I would kindly ask you to respect each other and not call names to each other. It is not wrong to post the battle reports of winning someone, but it is totally unfair, not to post our losses too. Guys, it is only a game to have fun, not to hate each other over a game. What I have read broke several of Plarium's rules, but I will let it for now🙂