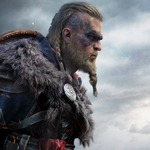 This guide is here to help you understand the mechanics of seasons (as much as we can understand it as of today) and using it wisely. TL;DR at the end.

A season is a 4 week period in which seasonal competitions take place and a seasonal store is available. From the information we could gather so far, based on common sense and the hero skins that were released, there are going to be 4 seasons. During each season, seasonal competitions give you the option to win Runic Coins which are the currency used to make purchases on the seasonal store. That's in short, and now let's dive into the details.

These are basically regular personal competitions that take place during an active season. However, it's important to notice that even though we were already familiar with most of these personal competitions, you should always consider them as new competitions and check out the details carefully, as changes have been made to make them more suitable for the seasons.

You could easily see if there is currently an active season by looking at this banner on the events window:

We're only a week into the first season but there have already been some changes. For example. Town Planners' Hunt that took place a few days ago, gave points for upgrading your troops on the Valkyries' Citadel, while usually you could only get points for upgrading buildings. That really depends on your current situation, but if your palace is 32 or higher and you don't have too many Gold Nuggets to spare, upgrading troops could give you "easier" points as upgrading buildings might be hard for you given the nuggets situation. It's important to stick to the general recommended guidelines and not go for upgrades you don't need just to get some score. Another example of a change was that Influence Increasing that just ended also gave points for troop upgrades. The score system for Invaders Hunt changed as well, and it's no longer 200k points for a level 6 invader and 600k for an uber, so notice that as well. Another (good!) change is that Resources Yielding competitions give 3 points for iron instead of 1, so while these are active make sure to farm iron to maximize your results.

Additionally, these competitions now give much more Gold Nuggets and Star Shards to help you with new upgrades for your buildings and new town skins.

As mentioned, these are the currency used in the seasonal store. Notice that as far as we could see, they're only given as rewards on personal seasonal competitions (for the League of Conquerors or higher), so make sure to get them when you have a chance. They're usually the "main" reward of the seasonal competitions, meaning you can get them at several checkpoints, when the first checkpoint that gives them is usually the 3rd, then another one around 6-7 and the last one at 10. If you can get to the 10th checkpoint - go for it, but if not then make sure to at least get the 6th or 7th checkpoint to get the coins there.

You should also pay attention to the quests that are active since different quests give different amounts of Runic Coins. The numbers depend on your league, but you can notice that longer competitions, such as Town Planners' Hunt and Invaders Hunt, give much more Runic Coins than the regular 48 hour competitions, so these are your chances to score the big bucks. Of course that if you want to get good rewards on the store and quickly you should also try to max out the 48 hour competitions as well.

You can always see the amount of Runic Coins you have by:

1. Looking at the seasonal store:

Shopping on the seasonal store

As previously mentioned, Runic Coins are currently only available to get through checkpoints on seasonal competitions. Therefore, you should think carefully before spending any coins (a good tip for life, I guess).

From what we've seen so far, a season is active for 4 weeks, and gives two unique skins (per season) - a town skin and a hero skin. The town skin costs 3m Runic Coins and the hero skin costs 1m Runic Coins. Additionally, there are various coffers available for purchase as well. However, you should take in mind that as far as we can understand, these coffers will be available on the seasonal stores of next seasons too, but the hero skin and town skin will be different. This means that at 4 weeks per season, if you wanted the current town skin and didn't buy it - you're gonna have to wait at least 3 months (given the fact that we don't know the breaks between seasons) until you'd be able to buy it again. Therefore, you should really go through the seasonal store and set your targets.

To give this season as an example, the town skin looks like a fantastic addition for those who are doing a lot of fortress defense. If you're active on defending your SH during siege, defending the POP or the throne or defending towers, this might be the ideal skin for you with a total of 280% offense defending these (140% offense during defense + 140% offense when guarding fortresses). Also, 200% increase in your infirmary capacity is nice as well.

So if you've decided you want the town skin, you should make it your priority to get the 3m Runic Coins ASAP and purchase it, without spending coins on other deals. However, you should take in mind that some other purchases may be worth your coins as well. For example, if you're out of boosts during a seasonal competitions and won't boost for gold, it might be a good idea to spend some coins on a boosts coffer if it will make you pass another checkpoint on the seasonal competition and get the coins back (or most of them, at least). This also applies in cases where you're missing a small number of Obsidians or Gold Nuggets for an upgrade that'll make you get another checkpoint - you can just buy this amount for coins and get more coins in the checkpoint you clear.

Also, other things to note about the seasonal store are the coffers. The coffers are limited in quantity, but after you're done with them you're left with single items available for purchase with unlimited amounts. Go through the details carefully, because you can make some basic mistakes if you don't. For example, if you decide to buy some Gold Nuggets, you can purchase 20k nuggets for 20k coins. However, if you purchase Coffret of Star Shards and Resources for 20k coins, you get 50k nuggets out of it for the same price, along with other goodies such as 5k Star Shards and some resources. Notice that even though coffers have limited quantities, they are likely to renew themselves next season, so you would probably have more chances to buy them.

As for purchasing single items on the store, the math is 125 gold = 1 Runic Coin, so make your preferences accordingly. This could be seen on various examples, such as a clan task refresher that normally costs 2k gold (or 200k gold for 100 tasks) and now costs 16 coins. Another example is the coffer of legendary material that normally costs 8k gold and now costs 64 Runic Coins. In some cases, like personal task refreshers, your coins worth less at 123 gold = 1 Runic Coin.

That's it for the guide. Hope someone would find it useful :)

- Go over the coffers and skins on the seasonal store and set your target wisely. Don't spend coins if it's not worth it, especially if you aim to get the skins (which will differ each season).

A great post, I appreciate the time you have put into it., thank you. The only thing I would add is save your runic coins for the things that are hard to get any other way.