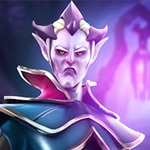 I've encountered a player in Thracian Frontier who raided with 100,000 Hops. As well as 10k Myrs and thousands of other troops. How can the game allow such nonsense?  It makes the packages you sell hilarious, claiming buy this package for defense, etc...when there is no chance to ever play against a player like that.

Putting something like troop limits in the game would make it more fun and competitive. A suggestion would be a correlation to your territory size (sieged cities) determining how many troops you can support.

I know players like the one I've mentioned help support the game, he MUST spend a ton to have these numbers, but still, some sort of limit should be in play to make it more difficult to have such an absurd army...or he should not be allowed to attack players so much smaller than him and vice versa....something to stop this unrealistic Ancient Greek warfare nonsense.

Thanks for reading :)
Комментарии Unfortunately, this suggestion was declined by devs already.