Why are we punished for playing on Plarium???

Why are we punished for playing on Plarium???

So I have been playing this game for over 2 years on Kabam's website and decided to start fresh, why not on the site of the games creator.  I've noticed a few drastic differences however.  The first was that there is no Daily Mission. Ex. Raid 3 Havens, Collect 50k from 2 raids, Defeat 3 Prizes, etc.  They usually last for 4 to 5 hrs.   The next is the outstanding cost for boosting troop build time with rubies.  Over there it is 150 for any single set, period point blank.  Much better than this time based one.  Hopefully these can be worked on as it may steer people back from where the came.
Комментарии 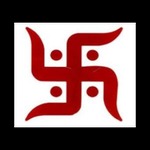 06.11.14
579
I'm not familiar with Kabam version of Pirates but I do like this idea and will definately pass it on up

Thanks, I know it's a long shot as it means rubies will go further for us but why not try right.  Here's an example of boosting Vet SOL's, as you can see it's only 150 to boost the group of 5.  Then with random deals from the Wheel of Fortune on Unit Build Time of 20 or 30% it makes getting a fleet together quickly more reasonable.  Which in turn makes us fight more and recover or build more still putting coin in Plarium's pocket, after all that is what it's all about in the end.

Because Plarium has games in 3 different sites, "possibly more"

I think they estimate the game cost to how active the game is,

to try and keep it as balanced as they can 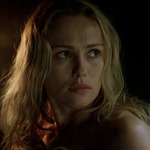 Is it me or has Plarium gotten cheap on their package deals?

For $50 bucks I'd expect to see at least two 1 day time boosts for help in building troops as well as one 30 day prestige activator.

Come on guys, these prices are too high for what you get!

I haven't seen any upgrade etchings offered in any of these packages yet either and speaking of etchings.. 10,000 rubies for a 1000 etchings???

I'm willing to bet Plarium would get more money if they made stuff a little more affordable rather than robbing us blind.

I think better deals would make people more inclined to buy in.

Something else I find annoying is when you do decide to buy a package they jack the price next time around. It's almost as if you're punished for buying one of their package deals.

it's random and you have to watch on what the special is about, u wait for the ones now that gives boost in construction which i got now

so i can boost troops faster, just takes patience waiting on the packages you want most