Alice VytsenetsAdmin
About the cache, canned responses, and more

Read about all the changes in the patch notes: https://plrm.cc/3955kMG

In order to update the game, we'll be carrying out some technical maintenance. You won't be able to log in to the game during that time, but after the maintenance is over, you'll receive a reward.

🔔If you have any issues with the game, please ensure that you're running the latest version of Vikings: War of Clans.

now im in, but boosts dont work, for example yielding speed, without Shaman or Hero 1hr and the same tile with shaman and zero full Yielding gear = 1 hr same time , its crazy 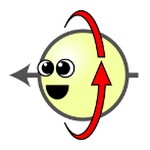 There's an icon labeled "Clans" >> open it up and click on "Help" to boost clanmates processes.

Or when it pops up in bottom right corner, just click on the icon.

Thank you for the reply 😎

I found the "Help All" button in "Clans/Help" but .... it is disabled 😣 and in the Received Requests main pane it says that there are "No assistance requests at the moment" despite there being clanmates with active processes in progress.

In my kindom chat I am told that the missing icon will be fixed. I hope they make sure that is also works 🤓

Since update, my clanmates cannot help me anymore for timeboost

Since update, my clanmates cannot help me anymore for timeboost

Hi aaa! Our specialists are aware of the issue and are working to resolve it🙏

Well my clan increased our tower to 5 in the SH   we easily took all marches in tower 4 with minimal losses    this was an epic mistake and grand faliare on my part  went from scoring  45 -60 Trillion in cvc to less than 20 T   sent request to turn back the build  no response yet at least they should put a demolish tab in there for the clans like mine that made a mistake.  we spend about 3k as a clan per month  hope plarium heeds my request

It strikes me as rather odd that you didn't understand this concept before you went ahead with the upgrade.

Good luck with your request to undo it.

There is no 'unbuild' of only 1 level, there is only total destruct.

this game takes forever to load  it only stays on 18 percent .. i dont want to download

It can be problematic to open the game,especially after an update, as it is like a new game.

It sticking is indicative of some problem with either your system or theirs.

In order to get the update working, the old version has to be removed, and  there  be enough working space, preferably uncluttered, on your device.

Try getting rid of  rubbish  by clearing history ,cache.

A new update can take ages to load , its like starting from scratch, patience is needed as it says on the webpage.

The game has to load onto your device in order to play it, its loading there, even if you dont 'Download'.

Downloading the app is supposed to be better, but some players still have problems with this way of launching the game.

this game takes forever to load  it only stays on 18 percent .. i dont want to download

Hi Laura! Please forward this request to our technical specialists through the "Ask a question" button by following the link:
https://vikingsweb-support.plarium.com