How to get best outcome during Furry KvK 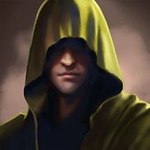 How to get best outcome during Furry KvK

Hi First of all thanks for the Furry Event . It is nice that you guys are thinking to make the game more interested .

We haven´t won the Furry but we became second. The reason was we were outnumbers - living in an old kingdom with very less active players and then having kingdom 786 a totally new kingdom as an Furry Enemy well we tried to beat them anyway and the battle was very close .  Anyway we all had a lot of fun and this is important :-)

First of all we all prepared in our kingdom for it , training troops for fighting , using Gold for Hero and shaman energy and then talking and updating other clans in our kingdom about what we will do next . We went for the double points , except for the fighting . But more about this in the next step .

1.First you must have Peace inside your own Kingdom during the Furry KvK - in the end hole kingdom wins a lot if they work hand in hand like our kingdom did

2. We moved to the kingdoms where we get double points for farming/gathering ,killing ghost and invaders and the Tower

2.1. when there were double points for farming/gathering in a kingdom, our guys with the most hero energy killed then Uber Invaders/Intruders for these guys from us who still had the farming Protections shields from the r kvk or other events

about preparation : SHIELD SHIELD SHIELD,saving the farming protections shield from the r kvks and events(for farming uber tiles or level 7 )  and very important : Taking free from work or studies on Friday when the Furry begin ;-) . And then what I wrote above

Hope this helps some of you

P.S. keep on going the great work for the game and our kingdom is looking forward for the next Furry 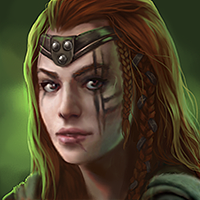 The only things you won’t get double points in your own kingdom are, are things that you don’t score points for anyway (e.g. invaders/ghosts/yielding). When those are on in your kingdom, you are best to try to stop people from farming by time hitting them, and you could consider taking out the Uber’s and level 5/6 ghosts if you have energy to spare to stop your opponents from getting those double points!