Guide for Fury as a smaller clan 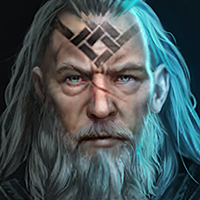 Guide for Fury as a smaller clan

this small Guide is addressed to smaller clans who wants effectivly take part in the Global KVK Fury Event and want to help their Kingdom win.

Before jumping into the wild battle of Defending or Attacking Towers of Fury make yourself a mental list what your clan is good at. If your clan has only strong farmers and no Defenders or Attackers, there is no need to start Attacking or Defending in this event because it will end in a disaster. The same checklist goes in different ways and have to be discussed during your clan what is your personal goal you wanna reach.

The Event window is shown several days before it starts so you can see what actions will get your clan points. It is devided in 2 sections

Both Types ( Home and Foreign )

You will only get points in fulling the requirements stated in the Window. There is no need to farm in Home-Kingdom if you dont get points for it. By the way the only thing you get points for in Home Kingdom is to kill ENEMY Troops.

Next Step is to Grab all the Tokens for Jumping over in different kingdoms and Returning to your Home Kingdom. This is easily be done by clicking on one of the Kingdom Symbols.

If the Event is starting wipe your already sweaty hands dry and try to relax :) . First you open up the Event Window and take a closer look on the Pictures with the 4 Kingdoms. Underneath this picture you will find now the Bonus section. This Information will be your best friend during the competition because it will show you in which Kingdom a different Bonus is Active.The Kingdom in which this Bonus is active is marked in the Picture. The Bonuses will switch every 2/ 3 Hours between the Kingdoms. So each Kingdom will get each of the bonuses once during the competion. I figured out 4 Bonuses

a) That means you will get the double of points for killing enemy troops. You still wont get points for killing tiles or towns from members of your Home Kingdom so absolutely avoid attacking them because you will weaken your Kingdom. But if you are good in Attacking or Trapping…Jump over to the Kingdom where this special bonus is active and set your Attacks or Traps there because you will get better points in doing so. But be aware that all other Players also the big ones will watch closely in this Kingdom!

b) Easy to understand…double of points for yielding in the mentioned Kingdom. Another option is to go in those Kingdoms to make tile-hitting because a lot of players will yield there. Or another option is to go not in this kingdom and instead go in a kingdom where this Bonus is not active. You might find a lot of yielders there because they think themselve save from getting tile hit.

d) Well for this part i would advise smaller clans to leave out because the neutral troops inside those towers are very strong and the bigger clans are well prepared to defend or attack them. You can try it with Onslaughts if your clan is good at it but be aware that it will take huge losses. For those how wants to try this out. Jump over to the Kingdom where the Bonus „Tower of Fury“ is active and use your watchtower to find them. In the watchtower is a special field „Tower of Fury“ visible during the competition. But as I said i don´t reccomend it smaller clans. But on the other hand if you have troops you want to get rid of it…try it out . I want to add that towers can only be reined from one clan at once. If another clan (hopefully one of your Kingdom) also send reinforcements inside you are not able to send your reinforcements there. Thats what i meant with...leave this part for bigger clans in your kingdom because they will be much better suited for defending or attacking those towers.

If you watch closely to the bonuses and work as a team you can reach good results for the benefit of Kingdom and counted together there is a good chance to win the competition.

I left the super strategy part out because it is addressed to normal clans and not the big guys. And someone has to begin :)