How was your Clans Battle?

How was your Clans Battle?

Friends, how did your latest Clans Battle go? Share your successes – show screenshots of your battles in the comments! 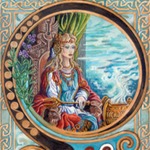 The CVC is just frustrating . There are good points fro yielding Ressources , but most clans forbid that. It's much too dangerous . One single tier 1 troop killed by the opponent clan means 2 lost points. Nower days some fighters have specialized to hit tiles before you 're able to set shield . so of course no more gathering Ressources at CvC .

But what haüüens if you're allowed to gather at the ressources spots?  You get hit 1 or 2 times by your opponent , then that clan play a save game ---- no shield drop --- no farming --- no chance to get that 2 points back.

But without farmers going to the tiles without ressourses shield tile hitter  have got nothing to Attack and surely don't drop shielt for being attacked by others .

That's frustrating for all sides--- Collectors, hunters and fighters. All left for doing at CvC is --- > train some troops, hunt ghoszs and invaders and do a little bit for influence. 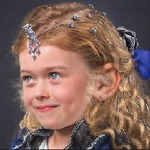 The Clans Battle CvC is a joke since the last Update with this idiotic categories, Balance and Point System.

Nobody want play. Only some rich Money Gamer who buy this Battle with their Money. I stopped gaming vikings war of clans now. It´s impossible to play normal. Nobody is farming. If Opponent make 1 successfull kill, he become 2 Event Points. We lost many Battles because of this idiotic second Kill-Point.

The Opponent leans back, has 2 Event points for 1 Kill and need only 1 other Category to win. The most training now T7. You have never a chance to win this battle now with your own hard work. You need NOW 3 Event Points, the Opponent must hold only 1. Their way: T7 Training.

4 Kill Category....loool. What a idiotic Idea. And also that a Clan become a second Kill Point for 1 successfull kill !

Farmer have no own Category. All are only kill Invader and Ghost´s.

Result of this destroyed and unfair Balance:

Many quit this game, are frustrated to play and Plarium do nothing to correct this Balance and big mistake.  They know THIS Problem since month, but no reaction.

I wrote many times to Plarium. They dont want to change this bad Balance....