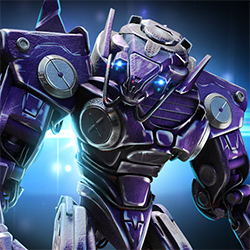 Moderators should always put up a discussion thread for new updates so we can comment.

While the newest update adding Mercs is new, interesting and fun, the update also TOOK AWAY critical information in the battle reports. Thank you for bringing an idea we can open a thread here, however Commander please know that our Community Managers do make a thread in News and Announcements when updates occur :)

This update can be found here. https://plarium.com/forum/en/soldiers-inc-mobile-warfare/news-and-announcements/72955_mercenaries--overview/

Scanning the responses from our CM it appears they are aware of the reports not showing what you want and she advised that it will be fixed soon :)

How do you like the other parts of the update?

I've been receiving many false notifications of the following:

- An enemy has captured your cache.

- A missile attack has been launched.

- One of your annexes has been attacked.

If these are for catching attention, then they are for the wrong reasons. Pls resolve these problems asap. Thanks.

This may be related to the other problem above .. as notifications and reports are probably tied together in the programming.

Thanks for bringing it up, I'm sure this may help diagnose the problem..  If it persists after the other issue is resolved, please let us know or post in Bug Reports =)
The topic is locked. You cannot post comments.