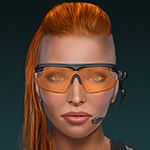 Here is a guide to the new Alliance Duel Tournament. Preview at your leisure and be ready to prove your valor to the whole of Selva de Fuego!

Commanders, a new type of Tournament has come to Selva de Fuego - The Alliance Duel.

In this guide, we are going to take a closer look at the Tournament and try and give you as many hints

and tips as possible. With any luck, you’ll be ready to win big when the first Duel begins.

So, make sure you’re sitting comfortably. You’re about to find out how to earn the best Rewards for you

Let’s get the obvious questions out of the way first. What is the Alliance Duel?

In short, the Alliance Duel is a special time-limited Tournament that consists of a series of 4 Rounds.

Each round pits your Alliance against a rival Alliance of roughly the same strength.

You must attempt to win each Round by collecting more Tournament Points than your opponent. Each

time an Alliance wins a Round, it will receive a Trophy. However, if you lose the Round, you can still

continue fighting. That’s because this Tournament is based on a Swiss Tournament system - the first

event of its kind in Soldiers Inc: Mobile Warfare.

Before the first Tournament, all Alliances will be divided into Tiers based on their current standing in the

Rankings. In all Alliance Duel Tournaments after the first one, Alliances will be divided into Tiers based on

their performance in the previous Tournament.

The Tournament is then split into Rounds, and Alliances within the Tier are drawn against each other.

Alliances will get tasks to complete in each Round. These tasks will be the same for each of the 4

poorly, it will be relegated to a lower Tier for the next Tournament.

Remember, to participate in the Alliance Duel Tournament, your Alliance must meet the following

● Your Alliance must have been created before the Tournament starts.

● Your Alliance must have at least 10 Members when the Tournament starts.

you have earned. You will be assigned an opponent who has the same number of Trophies as your

Alliance. If this is not possible, you will be assigned an opponent with one more or one fewer Trophy.

If you are assigned an opponent that your Alliance is currently at Peace with, you can attack other players

or Alliances to earn Tournament Points instead.

So what is it that you’ll need to do to win those Rounds? Well, here are few of the Round Types.

● PvP. Here you’ll need to battle at any location that has Units belonging to other Commanders,

including enemy Bases, Black Sites, and Alliance HQs. You will earn more Points if you attack

the Alliance you are paired with in the Round, but this is not essential for success.

● PvE. To succeed here, you’ll have to defeat Phoenix Industries on Special Ops. You can find

these in the “Special Ops” window, but please be aware that Skull Op targets do not count

towards this Tournament task.

● Development. You can also build and upgrade your Base or research and update Tech to earn

We will be keeping you updated on any new types of Alliance Duel tasks that are introduced. Keep an eye

So now it’s time for the interesting bit: Rewards. There is a huge range of powerful Rewards that you can

win from the Alliance Duel Tournament.

The first one is your Personal Reward. The size of this Reward depends on how many Tournament Points

you contributed towards your Alliance’s total within one Round. Remember, if a player’s Probation Period

in the Alliance ends after the middle point of a Round period, they will not receive a Reward at the end of

receive if any one of the following conditions is met:

- Your Alliance wins the Round

- The opposing Alliance is disbanded while the Round is ongoing

However, your Alliance will not receive a Round Reward if:

- Your Alliance loses the Round

- The Round ends in a tie

- Your Alliance is not assigned an opponent

- The opposing Alliance is disbanded before the Round begins

There are also Rewards for your Alliance’s Ranking Position. Rankings are calculated according to how

many Trophies your Alliance won and how many Tournament Points were earned.

Last, but by no means least, if your Alliance earns 4 Trophies in each Round and places 1st in the

Rankings for your Tier, you will receive a Unique Alliance HQ Skin. This will be customized based on the

Tier that you have won, and will show the whole of Selva de Fuego that your Alliance is a force to be

places 1st in that Tier.

That’s all for now. May the odds be forever in your favor.