It's Friday! And it's the 13th! Have you already done something special to avoid bad luck? Invited neighbor's black cat to open the Shards? Made sure that you have more/less than 666 Gems in your account? Set a stronger password to protect your account? (it is always a wise decision, anyway). To fight bad luck, all methods are good.

As for us, we love this day because it is also a day of RaidDigest.

Without further ado, let's dive into the very first issue of the #RaidDigest in 2023!

Anniversary celebrations, or why March happened in January?

Those who have been with us for some time, know that we always celebrate Raid’s Anniversary in March. Hence, all festive events, gifts, special personal videos, etc. appear in the game and on our social media in March, and a celebration lasts a few weeks. This year is not an exception. Well, it is, actually.  To some extent : )

This year, Raid turns 4 (awww, such a big kid) that’s why we decided to devote more attention to it, and start to celebrate the anniversary starting in January.

To clarify: Titan Event is not the only thing we prepared for you - it is a big part of the 4th Anniversary.  Why did we pick Galek, Kael, Athel, and Elhain? These 4 Champions met every Raider at the beginning of their warrior’s way, and each of them is unique and has their own path. That’s why we're launching 4 different Hero's Path Events dedicated to each one of these Heroes -  Galek, Kael, Athel, and Elhain.  For early-game players it is not only a great opportunity to get those Champions but also to awaken them. For those players who are not so interested in the starter-Champions, we prepared the Titan Event that allows to transform points into valuable resources, including Tomes and Shards,  and with a bit of luck, get some extra Shards/Tomes from the Chests.

In addition, as a tribute to our 4 starter-Champions, we added 4 unique Avatars as rewards in the Titan Event. They look legendary! Who knows, maybe, there is more to that, wink-wink

As soon as the Titan Event comes to an end in March, we’ll continue our celebrations with more activities, surprises, and of course, gifts.

Stay tuned and follow our social media to be aware of all upcoming Anniversary celebrations.

Let's now turn our attention to other topics.

Taras vs. Polymorph. Are the bugs real?

It seems that Taras is allergic to the Blessing Polymorph. When interacting with this Blessing, Taras causes many visual deviations in the battle (for example, the way how the HP bar or buffs are displayed during the battle). The deviations are relevant not only to Taras but to other participants of the battle as well.

But worry not - they all are only visual issues. We’ll fix them in one of the next releases.

Clan vs. Clan Tournament. With or without Personal Rewards?

And last but not least. The upcoming Clan vs. Clan Tournament will be without Personal Rewards.

This is it for now! We wish you all a Happy Friday the 13th, a good start to the Fusion, and, more importantly, a great start to the year.

Everytime my clan wins, personal rewards are not available.  Either make it a consistent thing or don't do it at all. 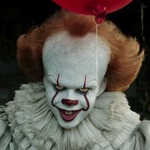 WHAT THE HACK BOY I KNOW YOU DIDN'T SAY THAT