Attempting to raid but game is telling me that I have reached my weekly limit of 50,000 at this rate I can only raid TWICE in a week and some of the individual quest are for 75,000 (in 3 raids) which is above my NOW weekly limit.

This limit has only came about after the last game update.

I play the Nords: Heroes of the North on facebook (and also on facebook gameroom) and am a level 90 player
Comments 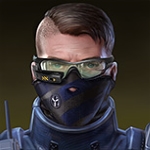 Please provide us with the more detailed information about the issue. Here is an instruction how to report bugs.