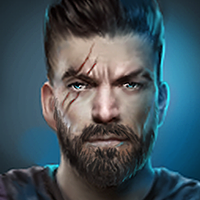 Greeting, pilots! Update 1.09 for Mech Arena: Robot Showdown is now live! We’ve prepared several new features for you, check out the details below.

Design. We’re made some adjustments to the Player Profile. You can also choose a profile avatar now!

Statistics. You can view statistics for the last 20 battles in the Battle Log tab. Also, there are several other categories added to the Profile tab:

You can check the profiles of other players by tapping them in the Leaderboards tab.