Jarls, the first Battle for the Throne broke out a year ago. In honor of this date, we have a few pleasant surprises for you.

From May 24 to 25, you will be able to take part in special holiday Competitions and get special items – Hero's Keys. Be ready: these events will last just a few hours.

During the 12th Battle for the Throne, the Infirmary capacity will be increased by 200%, 20% of warriors killed outside the Town and sent for resurrection will go for healing. This is double the usual value of bonuses that are active during the legendary Competition.

Gifts for each League!

From May 23 to 26, a contest with cool rewards will be held in the official Vikings: War of Clans community Facebook. To take part, you need to fight against other Jarls in Jotunheim. To find out the details, keep an eye on the news.

The King of Jotunheim takes it all! And even a little more...

This time, the winner of the Battle for the Throne will get the King's gifts and... drum roll... a set of real gifts for you and your Clan: a statuette of the Jomsviking, T-shirts with the Vikings: War of Clans logo, a power bank, and much more. 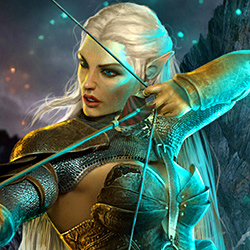 Only money waste for players and money win for Plarium.

Only for big money players.

NO CHANCE FOR NORMAL PLAYERS.

To all think about it!

When you not have a big clan with very big inlfuence. And when you self not have more than 200 million influence than not try it!

Only you have enough money to spend than is it ok.

Now can you see who win and get the first places. 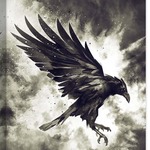 olé the stupid and biggest event go begin, and what we can do there is nothing, all big rewards  go to the goldhackers and friends from plarium!!!!!!!!!!! This is not an equal competition...but then, who ever claimed it was?

And, if we were to ever celebrate like true vikings, we would form a ruckus horde, sail over to Plarium, and run amok through the pristine halls! Better to have desolation and waste then deal with all the broken oars, ill-built ships, inept navigators, and complacent campaign planners.

Someone once said: ""Why all the complaints? If you don't like the food, eat somewhere else!"

I'm beginning to consider my options. I wish to participate in this event even my team but this is too big for us.. all hard work for months would go down the drain if I dare to drop my shield in Jotunheim for 2 seconds! We are still growing but as we grow.. enemies gets even bigger.. hmm.. all good! I’ll wait for the next fun competition in here!  Don’t feel like losing hard work of 20mill+ troops for a “no chance” of winning event . 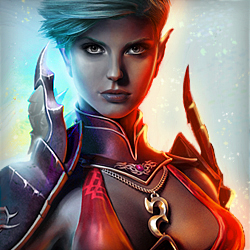 Well my town has not yet reached two hundred and fifty million influence so my experience of Jotunheim is small to non existent.  But surely few League of Recruits people will venture there, competition or no?  So just turning up and writing your name might be enough for a prize?

So to Jotunheim I go, alone and unafraid - well not very afraid.

It is a strange place.  What are all these burning towns sitting unshielded?  I watched for a while without working out what was going on.

Anyway one idea I had was that scouting might scratch up some points - in my kingdom quite sizeable towns have surprisingly few scouts - so I sent my guys out.  The good news is they got reports rather than being slaughtered.  The bad news that the burning towns seemed mainly just empty.

OK so maybe that explains them sitting for long periods unshielded.

But now a reprt comes in showing six hundred k troops - within my compass.  The hero and shaman are nothing much.  OK lads, we came for some points go and get them (and once you are back we will hightail it out of this chilly place).

Well of course the attack was slaughtered.  And I left, tail between my legs.  :(  On reflection the explanation for much of what I observed is that the burning towns are battlefields.  They sit with clan mates close at hand and invite attacks.  Now, of course in my case looking at the hero and shaman was a mistake.  I was sending my guys to fight reinforcing troops and they would have with them their own hero and shaman; and a much more formidable hero and shaman than those belonging to the battlefield burning town's owner.

After licking my wounds I posted a screen shot showing the points garnered from my efforts and waited to see if I was right that few folk of my size would participate.  If a prize came along the excursion would show a decent profit.  If not the pile of dead troops represented a total loss.

And to-day came the good news, scraped into the list.  Hurrah!  My gf thinks I am mad for going about all day with a smile on my face just because of events in a computer game.  But there we are.  Guessing right for once in a while IS satisfying.
Тема закрыта. К ней нельзя оставить комментарий.