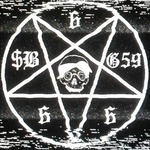 Hi, noob here in a noob clan that apparently made a mistake yesterday by attacking a Ghost shelter occupied by someone already. After attacking there was about 5-6 russians messaging me and my clan chief complaining that i was dishonorable asking if we trying to start a war. Is there a list of common rules/courtesies or something where it states not to do shit like that? or was i ok for doing so? because i have been attacked at my resource spots before and i thought it was just part of the game. Not trying to start a clan war or anthing right now either so i was wondering if anyone had any info on this.

Your supposed to be a viking, there are no rules

Perhaps your Kingdom is one where a no tile hitting rule holds sway.  If so you are fortunate.  Such Kingdoms tend to do very well and often enough find other ways to combine together for the general good.  Regularly winning KvK, KvKr and Fury events confers valuable bonuses; and the ability to yield tier 7, 8 and 9 tiles safely is another very considerable boon.

What I suggest - assuming the language barrier to be a problem - is to reply apologising and saying it was a mistake (if you have someone who speaks Imogi that will help) then watch for a while and you should be able to see if a no tile hitting agreement is in place.  If all the tiles in the forest are constatly being yielded that alone is a sure sign.  And in that case: 1.  don't tile hit; and 2.  seek a way to open comunications with the Russian clans.

As John wrote, a lot depends on the kingdom, how new it is, and who thinks they should be in charge, also, some players have very thin skins and take affront at the least thing, even when there is no provocation.

First, did you know that the tile was occupied when you sent your march?

In order for there to be a battle on a tile , at least one of the parties has to have no sheld.

If you dropped your shield to attack, its a different matter to not having a shield sending to a tile an arriving ther after  someone else. either because they were nearer,move faster,or purposefully sped up to beat you there.

Though it does happen, some players can take offense if you go to a lair after they have killed the invader/despatched the ghost.