do you do anything about petty tyrants 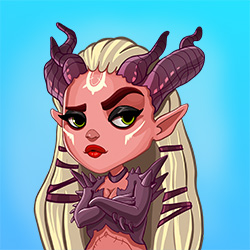 do you do anything about petty tyrants

so if one player holds the KD hostage, is there anything to do about it. or too bad just quit?

Part of the challenge of the game is the group dynamics, including the bad actors. It may not be a pleasant challenge, but mirroring real life, a challenge it is.

An option is to cart to another kingdom. More than a few orders have done so, despite high citadel levels. [They leave a caretaker Master behind.]

A golden rule seems to be (for such) - ignore them; absolute silence (to them). Block them. [Yes, however irritating and painful that may be.] Think 2 year old temper tantrum. I have heard of cases where anyone responding or talking to the hater was booted from the order - things were just that bad. It was the only thing they could do. They just had to wait him out. (He left for a few months, came back ...)

This is different than profanity, vulgarity, languate, hating, and so on. Those are bootable offenses, but support needs things to be documented for them to act. So keep ss, with dates and times. You might do menu / ask a question and ask as to the conditions under which support will suppress a player - which is to say, what do they need from you to take action. [Essentially, they will have to violate ToS so badly as to be so blatant / not on the fence / fuzzy about the infraction. Tos = Terms of Service, Terms of Use, and whatever else is out there for official docs. Support can point you to them to help you figure out what to document, and give you some guideance. Things have to be 'extreme' before they will take action, but I understand them to have indeed taken action in the past. It is very rare.] They will tell you to block them, overcome them, or cart out - as being the easiest.

Not a happy place to be in, mirrors the world, and you're here in your off time - no foul to those that just cart out or leave, Can't really blame them.