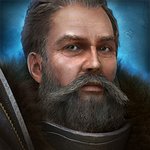 Is there anywhere isting all the bonuses including hidden ones and what is required to get them?Would help a great deal.

Is there anywhere isting all the bonuses including hidden ones and what is required to get them?Would help a great deal.

Officially, no - Plarium is very adamant that these secrets are.

Just bear in mind ... this is one guy's effort to collect game information. Granted, a fantastic effort (and thank you!), but it isn't official / authoritative. YMMV.

The information changes over time as corrections are (eventually?) made. I believe the longer that time has passed, the more likely you can depend upon it. Certainly I do so (depend on it). It is sufficiently accurate in such (*) things - e.g. if I need 2M event points through study / build, you can select the levels you intend to boost and it will total the power points for you. Given the game variables, it may be off by a few %, but is sufficiently close for me to unpack that amount of rss before requesting the corresponding rep.

(*) such as in, gear inputs are gear inputs, and things are either accurate or they are not, and they have always been in my experience. How much power, rss, whatever is needed per build / study level, sufficiently close is good enough, and it is.

An example of the need for time to pass: it took a few days after game introduction for the achievements to be listed. When they arrived, they were the Vikings names and particulars version. Within a week or so that got changed to the (now understood?) KaW equivalents / corrections / proper.

- within some few days or weeks after, the particular levels got corrected, mostly (#). Thus the above that the longer time has passed, the more accurate the information is likely to be. The Wanderer coordinates are good examples of this update over time. (It took a while for the '?'s to be replaced with the actual coordinates.)

(#) e.g. Even now, White-Haired doesn't seem to be accurate for all. Seems Plarium has presented a moving target on that one.

Your best resource in all of this is the game's Discord channel. See sig for link.