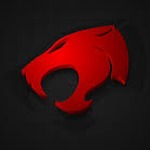 Dear plarium, a few days ago I took the task of raising some discussions in the forum, but I see that these discussions are not to your liking and neither are you to the liking of your mods, so to be more specific and contribute ideas to revive the game and that this lasts over time, today I bring you my proposals, I hope you consider at least taking them as a pilot plan, I have developed these ideas designed for your benefit and for the benefit of those of us who play sparta in a balanced way

I have changed the name to a couple of events, this in order to recall two historical events that have never been included in the game, although of course, you can add, improve, or delete something regarding the names

Reward by 100k points increase to a maximum of:

My idea is that pvp can be implemented alongside the coalition conflict tournament, so that it brings fun and players can do something different than just add cc points.

the idea of including dominion points is that you raise your dominion status to level 20, this will also contribute to the consumption of your packs and will encourage players to acquire this level

Reward by 120k points increase to a maximum of:

In this tournament, since the points needed to reach the maximum rewards are currently at 120k you could raise it to 150k, in this case you can also design a pack according to these same rewards, it would be a very tempting pack for players to acquire

Reward by 25k points increase to a máximum of:

These are my three proposals (for now) if you implement these changes and get positive results in the number of sales (I know that it will) I could present some more proposals, and of course ... as a reward for my work, you could put some troops in my acropolis as a sign of thanks

please don't screw it up 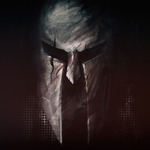 In the first place, I am glad to see that there are more people active in the forum, who see how the game is dying and instead of resigning themselves, they are trying to make Plarium see what there is ... to see if it reacts in time.

As I said in other threads ... because limiting tournaments, with bad rewards, this is a game and we want to play, but of course, not playing at any price ... there must be a decent return of prizes ... not rewarding those who play, because more and more rewards for click click and less and less for merits in tournaments. 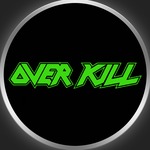 I fully support this idea, the game needs oxygen, plario, are you going to watch from the shadows? Show a modicum of respect to those who are struggling to come up with ideas to save the game, what's stopping you from giving an answer? 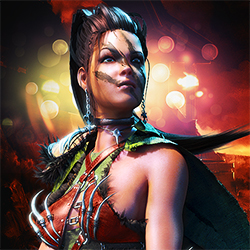 great ideas, hopefully the dev team can implement some of them :) 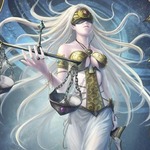 I hope they do, we really need better tournaments with better rewards. 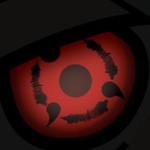 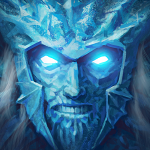 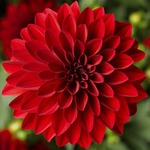 Hello all, I see a lot of interest from different people, all contributing to the growth and improvement of the game, but as always happens, it seems that plarium does not care about this, so many voices and everyone agrees on the same thing, the game is stuck with a trend to disappear, I see that they have contributed new ideas and that can give a quality leap to the game, plarium, what do you think of this? Act before we reach the point of no return, if the game dies, it will be your fault, enough with your greed and indolence !!!!

all that mauro raises is a great opportunity to reverse the bad state of the game. Plarium, do not stare indifferently at those of us who are still here insisting that this can change and be beneficial to all 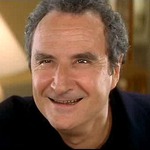 great proposal ... plarium takes the opportunity to implement them, it is an opportunity since by increasing the number of power in the general's teams, the players have turned to the pp event

I would like more that the CM review with empathy and seriousness the proposals that I have presented, and not turn this into a plea in search of a miracle, I am not looking for acts of faith, but concrete answers!!!!

Mauro, thanks for your enthusiasm.

I appreciate that the future of the game is important to you.

Could you please explain how exactly the events should work?

Mauro, thanks for your enthusiasm.

I appreciate that the future of the game is important to you.

Could you please explain how exactly the events should work?

hello anastasia thanks for answering

the dynamics of the events are basically the same, only with adjustments in them to make them more attractive and thus encourage participation and stimulate purchase (happy players are potential buyers) also give a new air to the game, because the events are They have become monothematic, that is boring because there is no surprise in the rewards, I consider that different events can be added with the same theme of the game, because of course the game has its own identity and altering it can have a bad Criticism, rotate the events each week I think it would help a lot to revive participation, I mean, every week an event with different rewards, tempting rewards of course, because currently events have very few rewards, that leads to participation being very low or almost zero, or participation it's more for monotony than fun, that's very bad for the future of the game, the core of every game is fun, but ... sparta currently it's not very funny

So, my idea of ​​the pvp that I propose to you, it would be carried out as I specified in the post, the pvp tournament and the cc tournament go in parallel, for me it is a great idea, the cc tournament has good rewards, but it takes place in a controlled and very lonely environment, there he would enter the pvp to give that injection of adrenaline and joint participation of the coalis in search of objectives.

As for the Persian tournament, many players complain that it is a total loss, because many, despite having been in the game for years, still do not know how the Persians work, so what I propose like the other tournaments, is the participation, and purchase, this is achieved by incentivizing players with better rewards and packages designed so that players and the developer profit and both win

Now, the events can all be reactivated, one of the many is the pantheon event, which is basically in disuse, I also have some ideas for the pantheons to regain importance, and have a function beyond that of the veteran troops, since today the pantheons are in the oblivion room, because the game advanced, made improvements, but the pantheons continued to fulfill the same functions as 5 years ago or more, so it would be good if they gave it a new look and retake them as part of the fun of the game, and as a fundamental piece in the performance of the troops

Sorry for the bad level of English, but I use a translator

Those prizes in a pvp every weekend together with the cc would be a fun weekend, the players would look for objectives, more fun, more activity and finally more money, if I get bored I will not spend any money.

I agree on new ideas for the pantheons.

But the main problem is the same as always, there are no war tournaments, and the prizes are ridiculous ... so no one is interested in attacking pantheons and the game is boring.

I love them! And the names are Awesome, really epics!!

Mauro, I do like the ideas you shared. I will forward them to the dev team for consideration.

Mauro, I do like the ideas you shared. I will forward them to the dev team for consideration.

thanks for your attention 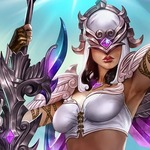 Hello, I have read several comments about the need to reactivate the game and the suggestions that have been raised here seem very good to me, I think this would encourage players a lot. I am glad that there are still those who dare to propose ideas.

What does not seem good to me is to close the threads where another proposal was renewed, that of Yaviz, that although it is true that both are related, they are not totally the same. Closing it without giving an answer sends a very discouraging message to the rest of us.

That is why I bring to this thread the image published by Yaviz in another thread, where in addition to graphing the way to increase the rewards, it also suggests the sale of certain packages when reaching certain scores which I also find very interesting.

I hope they analyze it.