About the new city 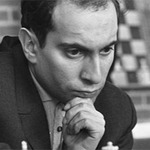 About the new city

It has two major drawbacks. One or better boith of them should be corrected.

2. Its Persian positions should be corrected in a multitude of ways.

a. They should provide some kind of benefit. As they are now, they are only a loss for players.

c. They are tedious. It is not only they cause damage, they are a ton of them. You need to do tens of them only to be rewarded by nothing.

d.There is no substantial  differentiation practically in the defenisve value of its units. They are all about the same.Homogenization ... meh!

e. It's missions are a major concern, as they can cause immeasurable damage to players, especially those playing casually and

not willing to do even basic arithmetic.

The units in the second city require GPs  and this can be gained from tournaments and many other rewards.

I see your point when you say " resources produced in its buildings" needed to build the units.

The need of the GPs is there to add to the difficulty of the game and avoid the GPs become redundant item and to differentiate between 1st city army and Elysian army.

The beauty of the Elysian units is that they are powerful on both defensive and offensive.