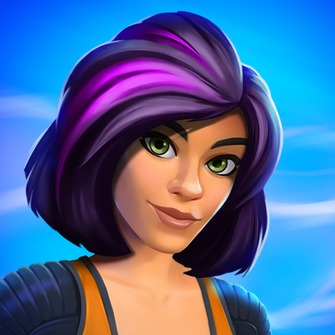 Archons, take the fight to the Persians together in the Team Position Takeover!

Join with three other defenders of Hellas and clear Team Positions. The more of these Positions you and your Team clear, and the further you progress through the Areas, the more Rewards you can earn.

The Grand Reward is available for all Team Members if all four of you conquer every one of your Areas!

You must be Level 60 or higher to enter this Tournament. If you meet this requirement, you can start the fight in one of two ways: either create a Team and invite 3 other Archons, or join an existing Team by accepting an Invitation from its Team Captain.

You can get ready for the Tournament by forming or joining the Team 3 days before the Team Position Areas open. But be aware that, if you join a Team, you won’t be able to leave it until the end of the Tournament.

Invitations are valid for 24 hours and will be automatically canceled if they are not accepted within this time. Check your Incoming Invitations regularly!

The Archon who created the Team is assigned as the Team Captain. The Team Captain is responsible for naming the Team, inviting the other 3 Members, and appointing Mercenaries.

The Team Captain should think carefully before despatching Invitations, because Members cannot be removed from the Team once they have joined.

The Team Captain can delete the Team only if it has no Members, Mercenaries, or active outgoing Invitations. Note, also, that if the Team Captain deletes a Team and creates a second one, they cannot delete this Team - even if it is empty.

Archons around you not up to your standards? Engage in that grandest of Greek traditions and hire a Mercenary!

Purchase this veteran fighter and have him act as an autonomous Member, duplicating the progress of the Team Captain. If you have 3 Invitations already active, you will need to withdraw at least one Invitation before you can assign Mercenaries to the Team.

There is, however, a downside: you won’t be able to get the Grand Reward if you recruit Mercenaries.

You will be faced with 32 Areas, each with an Offensive and a Defensive Position.

Each Team Member is responsible for their individual Area and will fight in it alone. You will not be able to send Guardians to these Positions, nor will your armies benefit from any active Boosters or Bonuses.

When a Team Member conquers one of the two Positions, that specific Member may consider the Area complete and they can then move on to the next. However, the Area will only be totally completed when all 4 Team Members complete their respective Areas.

Each Area has 3 Reward Slots, and some of those Slots will not open until all 4 Team Members have cleared their Areas.

If you clear an Area, you can unlock one Slot and claim the Rewards within. But 2 Team Members must clear their respective Areas to unlock 2 Slots, and all 4 of you must do so to open all three Reward Slots.

Be sure to encourage every Member of your Team to clear their Areas!

And that’s not all: there’s an added incentive for every Team Member to complete all 32 Areas - the Grand Reward.

Play without Mercenaries and ensure all Team Members complete every Area to claim the Grand Reward for all 4 Members!