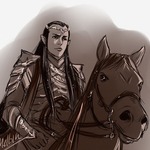 I'm the hegemon of a small coa named "Ares: War and Courage". The coa is active in S2, is 11th in the classification, has a lev 5 cap, no pantheons and has accomplished most of the coa achievements. I love this coa very much and I contributed actively in its creation in the far long 2017.

I'm here to write to this forum, on Plarium's support team suggestion too, because I need 8-9 players (no more) to create a small group, as active as possible during the coa missions and coa tournaments in order to help Ares grow more and more, gaining most of the offered rewards every time. The players should have reached lev 75 at least and be interested in growing their cities and, I repeat, taking part in coa missions and tournaments, like acolytes (I need 10 players to have this tournament), arena, cc tournament and all the other coa tournaments and missions.

I would like to see my players chatting from time to time but this isn't a must. What I need and, most importantly, what my coa needs, is to have members playing with me, united, as one person, as a team with the only purpose of making Ares grow. If Ares grows, its players will grow with it. I don't like spies, traitors, people who only chat but don't do anything. I don't like people who insult other coas or players. I had enough of them. If I could find some trustworthy people who love this game and want to join my coa, Ares would become a great coa again. And if that happens one day, I have some good friends who could help me to go on with "politics" and "politicians" too. For now, my main aim is to be independent from everyone and everything in order to make Ares grow and play the game for what it is: a war game.

If you are interested, please send me a request to join.