How to win kingdoms battle:Fury 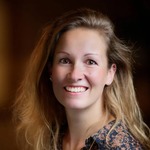 How to win kingdoms battle:Fury

First - Once the competition appears in the events tab, you should gather Intel on opposing Kingdoms. Biggest clans in them and their biggest players, look at their chosen troop type (Cavalry, Siege) etc if possible this will help you decide if your clan can take them on.

Make communication between clans in your kingdom easy, try to set up a discord communication channel for the kingdom. Share information with them and vise versa.

We also purge any unshielded towns of points an hour before the event is due to start.

Inform your kingdom of any traps you intend to set. So they know not to attack.

So in summary, plan accordingly in the day leading up to the event.

Second - Fury towers are where the big points are to be had, however, they are not easy to defeat. You need to scout and find out what's inside them. Eg- If it has most siege, Then take advantage of the big Killer players in your clan as they have +50% on siege. 💀

Third - Bonuses!! Wherever the double bonuses are every 3 hours you need clans to focus. The yielding x2 points flood the kingdom with farmers and tile hit opposing kingdoms clans. Limit your farmers to 15k t1 to reduce losses. Use domain guards if you have them. ✅

For double points on invaders/ghosts utilise the shaman repute for someone who has a lot of shaman power to blitz in 3 hours. 👊