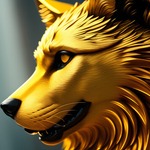 After first event of Fury which our clan has won, I can share some impressions what did I find as most important aspects of it, or let say a guide.

I am part of biggest clan in our Kingdom. One of main conditions for win in Fury for let say medium strong Kingdoms,  is to be in huge clan that is several levels above other Kingdom clans. That can be really helpful with organization, tactic, preparing OS on enemy or defending, making traps, etc... Fury that passed showed just that - Kingdoms that had 1 really strong clan have taken first 2 places, Kingdom that had 3 or 4 clans with similar strength couldn't cope with fighting power of those clans.

Another condition that is very important is to have good coordination among clan members. Clan members must know which tasks they can do most efficiently, whether it's being a leader, fighter(soldier), yielder, target finder, or uber tile maker. Fighters should be reachable for big actions that are making most points for Kingdom.

One of conditions that makes good fighting clan is to have for every troop type specialized fighters, whether it is for scout, melee, ranged, etc.

Always have control of your Kingdom POP.

Know your enemy - find out which clans could be very dangerous for your clan, same applies for kingdoms as well. Try to collect as much info about them before Fury starts. Which players are biggest, which are non active, what types of troops their biggest players using, will their POP be shielded or not when event starts. Look for your POP to be shielded when event starts and allocate reputes to those who will need them the most. When searching Towers of Fury, try to involve as much clan members in it as possible. Finding lower levels quickly before enemy is crucial. If you are home Kingdom with Towers, maybe best way to defend is to destroy lvl 1 yourself and reinforce lvl 2 for defending. Lvl 3 and above for Kingdom of our stature showed to be too big to destroy if we wanted to have troops to fight on optimal level in whole event.

Beginning of event showed to be very important , it is time of event when most of attacks on Towers happen, so you can really make a difference if you act as well trained coherent group of people that are thinking and moving fast. It is also time when real testing of other clans is at full scale. If you endure attacks in that part of event, your opponents can be more reserved or passive as event makes progress.

Look up to your clan members, shield drop of clan member with lot of troops can be very costly. Your clan members shouldn't be involved in solo actions much and scattered all over the place, that way persons who are watching for those things can spot shield drop better.

Use bonus events that duplicate your score. That's why they are made for.

These are just few things that I had to point out, there are lot of other things and approaches that can be helpful and I will look forward reading them. And one other thing I must say - prizes for winning Fury are just amazing. They totally worth fighting for.

Thanks on your attention.