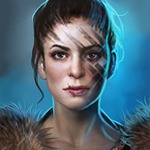 - Conditions in which your tactics are effective [BASICS]

Make sure you join a clan prior to Kingdoms Battle: Fury to compete. Always have enough gold to keep yourself shielded at all times - losing a large amount of troops can be costly to your kingdom. If you see a clan member unshielded, make sure to tell them and reinforce if necessary! Good communication between clans members helps gain a lot of points. Letting your clan know you're doing an onslaught on a Tower of Fury or you killed an Uber Invader and there is a now a lair to farm will help your clan rack up points quickly. Making best use of the bonuses (explained below) can double your point gain. Having a good supply of boosts, to help you win battles and more efficiently yield and kill invaders/ghosts, can give you the edge over an enemy.

- Your tactics, series of actions, and their significance [MY PERSONAL EXPERIENCE]

Most of my points were from yielding and killing invaders this event due to being a smaller player in a large clan. Making sure to make use of bonuses by yielding and killing invaders when double points were active helped maximise my points. Those with larger armies can have a huge impact by killing enemy troops on tiles and onslaughting unshielded enemies and Towers of Fury. Be careful for reinforced trap palaces, which appear much stronger than they seem, and always shield up quickly after attacking to avoid being hit by enemies through marching boosts.

Make sure you check what tasks get you points and how much!

Tasks are displayed under the Kingdoms Battle: Fury competition in the events tab. The tasks are split into 'In enemy kingdom' and 'In home and enemy kingdoms'. Note that for the first Kingdoms Battle: Fury, points for yielding and killing invaders and ghosts were ONLY granted in enemy kingdoms. Too many in my kingdom were hitting uber invaders in our own kingdom. Not only did this not give any points, but opened up uber invader lairs which allowed enemies to quickly get points by yielding!

Every 3 hours, a new bonus is active in one of the four kingdoms. The bonus can be double points for invaders/ghosts, double points for yielding, double points for killing enemies or Towers of Fury can spawn in that kingdom. Those looking to maximise their points should move to the kingdom where the bonuses are active to reap the benefits.

Those yielding during a 2x points for killing enemies should take extra care as enemies will be looking more actively for tiles to hit.

Saving energy and shaman power for when 2x points is active will help you and your clan reach that next checkpoint.

Towers of Fury are incredibly strong, and should only be attempted by the strongest of clans. Onslaughts are highly recommended. Smaller clans should look to gain points elsewhere.

Are the rewards worth the effort?