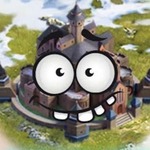 We are experiencing BIG players joining small clans and then porting to kingdoms that are not prepared to face a player of that size. For example, our KD is 105T total influence with a top clan of 15T yet we were attacked by a single player of 45T influence and afterwards the clan was disbanded. Can we impose an ineligible player similiar to the one in Holmgang to prevent them from porting and abusing certain loop holes.

We will think on that, I Smell Smoke!, thank you for the suggestion👍

You have thought on that - and aided the high spending visitors by shortening the time required to move from kingdom to kingdom.

You have thought on that - and aided the high spending visitors by shortening the time required to move from kingdom to kingdom.

This doesnt even involve using drakkars. Just have an alt make a clan wait for cvc to be announced and join the clan which allows you to port to a potentially weaker KD and hit sieges and players that are trying to complete madness achievement and arent prepared to face someone that is half the KD influence.

I am going to suggest again ... once cvc is announced no clans ought to be able to allow players into their clan until cvc is over ... 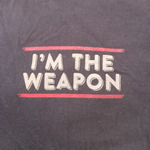 I have had something very similar in that a super idiot cheater uses the stronghold improvement loophole where he joins the clan after notification and therefore is ineligible for regular points and even though he was 13 trillion influence I would have attacked him with only 480 billion influence to take one or 2 different categories, but he never dropped his shield.  He only made outrageous improvements to the stronghold which should not have been allowed because he was ineligible to create any points, but he did.

Even after reporting this.  I was told by Plarium idiots that they found nothing wrong!

speaking of Plarium intelligence that make ungodly amounts of money from us.  Why is it so difficult for them to make some simple capabilities for the players such as a 24 week automatic random relocation (even though I believe it should be 4 weeks and an automatic Shield drop).  I'm fairly certain that the reason for the stupid unreasonable things to continue is not because of their stupidity, as much as it is with their selfishness because the people that will and do pay a lot of money so they can come in and mess with us little players incapable of fighting back with Black Credit Cards.

I love it when I or someone else pulls away the wool to show the Wolf underneath that allows players of outrageous money to do pretty much what they want, even when that is screwing over us little players that can barely afford to turn the game on!  And when we try to post something about it.  They disallow the post!

This makes me wonder if this game is being run by Nazis!