Problems with the game and how Plarium can improve 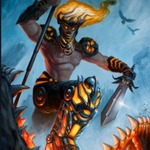 Problems with the game and how Plarium can improve

This is my opinion I don't want any hate. Don't get me wrong this game is one of my favourite past time games to play but there are some not so good things in the game. Shaman shards apart from the one you start with are quite hard to find. Most of your troops when you lose a battle die a lot and you need gold if you want them back and sometimes you lose 90% of your soldiers and you send out loads of them. Also end game Building takes forever so why not add a "skill tree" for being able to upgrade your boost. They could add Customizable options like naming your own troops and making them look how you want them too. That is it apart from that the game is very good i would like to see your opinion if you decide to reply to this

I think there are  more than  the some 'not so good things in the game'  that you wrote about .Which hopefully you will discover sooner than later to your advantage.

The most recent  example was the addition of achievements, followed by the blocking of one of them, and subsequently changing the parameters such that, many that  were more accessible, are virtually off limits now.

Its true that Shaman charms are more difficult to acquire  and I don't see them changing this.

You are right about the so called battles, but it keeps some players happy and amused.

I think if you want to  have instant restoration of your troops you will need an awful lot of gold and  if you are lucky, you might get someone else to agree  with my  borrowed advice of, 'that  spending gold on resurrection is not the best use for gold'.

Maybe you will see your skill tree  introduced such that we don't have to wait a millennium to get things that others have paid small fortunes for ,so we can all join in as well.

I think customizable troops would not add anything to the game,anyway options would be limited to what they had programmed, and any would likely take up too much game memory.

Don't  be put off posting by my response.