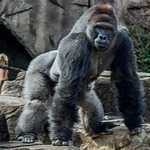 Okay so me and this dude started in the same exact kingdom right, I was elder in a clan with him and we were having a merge with a clan that I left for personal reasons right when it began, I instantly drakkared away, 2 weeks later, this man follows me so i'm thinking he's my friend, we've been through an entirely different kingdom together and I got him into a real good clan, it didn't work for me so I drakkared away to another clan I was invited to. I had to leave them as well because I "attacked" someone i was friends with with 69 troops at their tile as a joke and the leader yelled at me as if I was supposed to have a "boss" in game.. spoiler, i'm in the clan that I "attacked" now. They became very toxic and I realized I was stressed because my "friend" was still with them no matter what they did or said to me even though he didnt speak very highly of them, so I told him those are your friends now. The result was a grown man with children at home easily 10 years older (in his 30's) than I am acting in a stalkerish way and I thought , hey, let me expose this real quick since you want to behave in such a manner when it isn't necessary and your clan thinks it's cute behavior when I don't even bother them. I'm in a much better clan that helps each other and isn't war hungry even though we could be. Sorry I probably shouldn't post this here, but it's hard to talk about these things and get it off your chest in a Russian clan. Even though i'd know they'd be supportive if I could explain it to them like I have here. 11/25/18
7
this was after he was blocked. Grown men should be shamed for this behavior. If a mod wants to delete it I understand.

Unfortunately this game can bring out unfortunate traits in the people that play it.

Not everyone one sees eye to eye, not everyone takes it as seriously as some do.

For some, winning is all and an ego booster, especially from certain quarters.