Hi! I started a clan and am somewhat baffled as what to put in the regulations. I haven't seen any samples/examples of them. 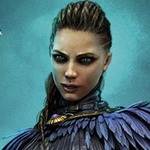 I am having the same problem.. nice to see all the replies you got to your question..

so do you have an answer for it now??

just etablish some rules with your elders for your clan and write them down there.

Or whatever you like to. Clanregulations are a usefull Feature. If you dont do it you will be put alot of time in clanmails or private messages😉

I also recently started a clan, but I've had experience with some amazing clans before and the regulations were very similar between them. Here's what I added

My first tab explained Activity. Basically just telling everyone they needed to stay active in chat and in game in general. And how long you could go inactive without notifying one of the higher-ups without being booted.

The second explained our allies. Who we had NAPs with and who we were friendly with, stuff like that.

Third was our enemies. Clans who had attacked us in the past, rivals, and people we didn't like.

Fourth was for Disputes. Wether that be between fellow clan members or people of other clans. It defers them to the chief or an elder and let's them know we would settle it.

Fifth was for what to do during War-Time. Basically, just stay shielded when possible and send any supplies/troops to the bank.

If you'd like to see how I set it up specifically, my clan is the River Delta WolfPack in the Oterenvik kingdom.