At the beginning, we all wondered what should we craft first. I saw a lot of questions ,,should I craft legendary standard equipment?" or ,,should I craft usual invader equipment before crafting legendary?". Well I will answer most of those questions.

Another set of questions was ,,what set of invaders should I go first?" and ,,what level should the invaders I hit be?". If you are active and can use your energy daily, I suggest you the Royal Guardsman gear. If you are defensive/offensive focused town, you should go Lynx/Saracen gear. You can choose what you craft picking a bonus from here. It helped me a lot, I hope It will help you too. Regarding the invaders level, the higher the better. A youtuber made a test, if you'd like to watch the entire video you have it here. But here's the summary

The worst level invader, is the level 1. I would avoid the level 3, as much as possible. Don't forget that normal attack are better than enhanced attacks.

Its an old post,but I only read it yesterday.

I was going to ask if you had done the research  yourself  but it seems not, at least you had the deceny to post the link to your information source.

Though no doubt you gained useful information from the links you gave.

I would suggest that without corroboration of the information the youtube link contains, its a disservice to players to post it as fact.

The introduction of Ubers and other changes  will have affected things considerably.

I dont doubt the you tube player knew /knows how to play the game,but am doubtful about the accuracy of his research or its relevance then or now.

The research and video was produced in 2016 ,when he was quite advanced in his game ,,

One of his replies to comments about his video says this.. .... "I can only test for what i have."

Thus admitting  the research is really only relevant to his circumstances at the time he did it.

Whats the point in telling someone who has just started playing?.

Lots of advanced players are attacking level 1 invaders  so there has to be a reason for this.

The usual reason higher level players attack level 1 invaders is to just expend the energy they have built up on an invader they can kill ... I can kill level 3 invaders with just the energy I have built up but sometimes I go for level 1 because I have a little more energy to use or I just want to use an hour and a half of energy because then I will be doing something else with my already built up energy. Very good post but I have to disagree about what you said about legendary standard equipment, some of the legendary standard equipment has larger boosts than any of the legendary invader equipment. For example the victor's Bracelet has the second highest building boost in the game higher than any invader equipment you can craft the only equipment with higher stats is Bjorn's Goblet which is special equipment. Same with learning speed Falcon Figurine gives the third best stats in the game for learning speed only behind Olaf's Seal and Harald's Blade which again are special equipment, The Yarl's Helmet, Heathen's Armour  and Golden Boar give you the biggest boost to food production out of any equipment and they are standard Equipment. 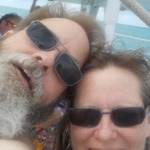 For my purposes, I look at how much energy I am spending per the desired specific piece of material I'm seeking using Simple as a common link. For example, I would look at how much energy I spend per Simple-equivalent materials for invader gear. If I get three Simples from a Level 1 for 1300 energy, and 1 Unusual from a Level 3 for 20000 points of energy, that Unusual is worth 16 Simples, so the equivalent cost would be 20,000/16, or 1250 per Simple.  I have found at my current standing that Level 1 invaders tend to give me lower energy costs for the same amount of invader gear material. All the other materials I get are just fluff at this point.