No novice relocation in objects

No novice relocation in objects

I started a part. My town is under level 6 but since the beginning i have no novice relocation in my objects.

Does anyone got the same issue

Unfortunately you are largely reliant on new players to have made a note of this aspect of the game,read your post and respond, which is probably a big ask.

Until they changed the rules a while back, the novice relocation was there till you went to palace 6.

After this update in rules, it was usable  for 2 weeks from the day you started the game.

I have seen no recent announcements to account for you not having a novice jump from the beginning of your game.

I started a part. My town is under level 6 but since the beginning i have no novice relocation in my objects.

Does anyone got the same issue

Send me please your game ID. You can find it in the game in "Menu" then "About the game".

Waiting for your answer and thank you in advance! 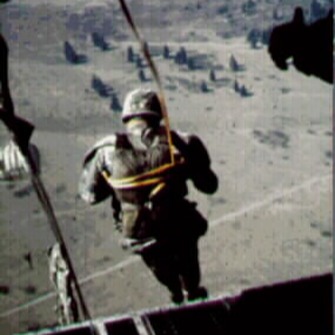 The same issue, could suggest that the answer  is exactly the same.

First its a bug,

Second , in addition to the questions asked previously . i.e.

What is your palace level?

How long have you been playing?

How many times have you moved from the your starting spot on the map?

When I started  playing the game there were  two free relocations.

I just started today  and  haven't done anything but the tutorial and do not have a novice relocation.  I have not moved/relocated , been playing less than a day, my level is 1 and my id is 58347934

Its possible it now operates under a different system,and is no longer displayed like it used to be.

You could test it to see if its there, but unseen, by trying to move to a new kingdom.

I just started today  and  haven't done anything but the tutorial and do not have a novice relocation.  I have not moved/relocated , been playing less than a day, my level is 1 and my id is 58347934

Hi gregg1026! Please forward this request to our technical specialists through the "Ask a question" button by following the link:
https://support-portal.plarium.com/en/vikings-web/faq

Thank you in advance! 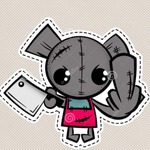 Novice's Relocation item has been removed from the game and it is no longer granted to new players. In order to move your Town to another Kingdom, you need to develop your Town to level 21 and move using the Drakkar items. This item can be found in Bank offers, you can get it for reaching checkpoints in some Competitions and for completing some monthly Quests if you have a Northeren Brotherhood subscription.

To relocate your Town, please follow the steps below:
1. Go to the Kingdoms map.
2. Choose the Kingdom and tap "Go to". Please pay attention to the relocation icon beside the Kingdom name.
3. Select a free tile on the Global map.

In the pop-up window you will see the number of required Drakkars to move to this Kingdom. To get extra information about Drakkars tap its icon.

We hope that this information will be useful for you. Have a great day!

I know how the Drakkars come, they come with real money :) Not sure why Plarium decided to remove the novice relocation, may be because of the money, but ok, it is your employer choice.

Thanks for the feedback and have a nice day.

Some kingdoms, they dont like getting new visitors or being challenged on their turf. A kingdom allows a certain amount of towns. These people have no problems in making a few thousand alts to claim a kingdom completely and let no one enter.

Some issues for new players wanting to join friends, but getting to level 21 wont take forever and its sort of required to pay atleast some, depending on what level you want to perform at. 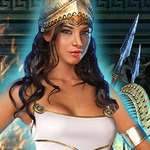 The removal of the novice item is seriously unfortunate, as indicated you might miss out on joining your friends, and while you are trying to get to 21, you are missing out on the benefit they could give.

Also the blocking of kingdoms to new entrants exist, so you could find out you couldnt join friends after all.

Ive seen many a ' Dont jump to Our kingdom, without an invite'  which prompts me to ask a question avoided thus far.

Who is running the game?