A Pact is a union between two Orders.

An Order can form a Pact with another Order from any Kingdom, but Pact members from the same Kingdom will have more advantages.

In addition, no one from either Order will be able to dislodge a Pact member from a resource location by accident since it won't be possible to fight allied Lords.

If a Pact is formed between Orders from different Kingdoms, they will be able to:

How to form a Pact

A Pact can be formed by an Order's Master. To send an invitation to another Order, the Master needs to open the information window of the relevant Order and hit the "Form Pact" button. The Master can accept or decline offers from other Orders in the "Pact management" window. All offers are saved for seven days.

If the Master doesn't want to receive offers from other Orders, they can set a restriction on incoming offers in the "Pact management" window. This won't affect their ability to send offers to other Orders.

You can form a Pact with only one Order at a time and only on Mondays or Thursdays between 00:00 and 23:00 UTC. To do so, both your Order and the Order you want to form the Pact with must be more than seven days old.

When you decide to form a Pact, check the time to make sure that it is Monday or Thursday. The time zone in the game is UTC+0. If you live in London, then your local time is the same as the time in the game (when British Summer Time is not in effect). In December, in New York, the game day begins at 19:00, in Paris at 01:00, in Moscow at 03:00, and in Tokyo at 09:00. Please bear in mind that in some countries, winter and summer time may be different (as per the example of London), so the times mentioned may vary depending on the time of year.

A Pact cannot be formed if one or both of the Orders is gathering troops for a Raid. However, as soon as the troops start attacking their target, a Pact can be formed.

How to break a Pact

If you are an Order's Master and you want to break a Pact, open the "Pact management" window and hit the "Break Pact" button. This can be done by you or by the allied Order's Master after seven days have passed since the Pact was formed, and only on Mondays or Thursdays between 00:00 and 23:00 UTC.

A Pact cannot be broken if one or both of the allied Orders is gathering troops for a Raid. However, once the Raid has started, the Pact can be broken.

How to participate in a Tournament together with a Pact member

If allied Orders are assigned as opponents in a worldwide Tournament, they can't attack each other. Points in Tournaments are scored by performing other actions, such as:

If members of one Pact are assigned as opponents in the Battle on the Isles, they won't be able to attack each other's Forts and Towns. They can earn points by attacking Lords from other Orders. In order to fight each other, they would have to break their Pact.

If you don't want your Pact members to be randomly assigned as your opponents, choose a different time slot for battles in the Tournament.

How do I know if a Lord or Order is a member of my Pact?

At the bottom of the My Order tab, you can view information about your allied Order. It is visible to all Order members.

Also, Pact members and their troops are marked with a green icon. It appears:

On the Kingdom map and in the Watchman, all Order and Pact members are marked in the same green color.

In Pact Chat, Order members are marked in orange, and Pact members in green.

Can I view a report about a joint Raid with a Pact member?

All participants of a Raid will receive mail with the report, but in the "Order members' battles" window, the report will be displayed only to members of the Raid initiator's Order.

Can I disband an Order while it is in a Pact?

No. First, break the Pact, and then disband the Order.

How do I know if my Master has broken a Pact?

Only the Master will receive a notification about this. Members of the Order will be able to see that the Pact has been broken at the bottom of the My Order tab.

Can I form a Pact as a Counselor if the Master hasn't logged in to the game for a long time?

Can I send resources to the Pact member's Order Citadel? 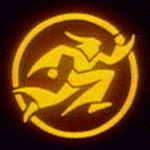 Like secret achievemnets, this is principally designed to get players to spend more money.