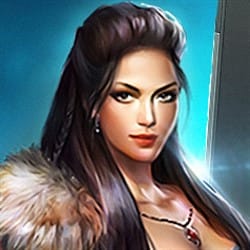 My Lords and Ladies, share a fascinating story about your League in the comments below to take part in the contest! Tell us about your major battle operations, your League Members, or how your League was created – it’s your call! The author of the most exciting story will get 10,000 Sapphires! Also, our Community Managers will interview the authors of the most interesting stories that will be published on our Blog on plarium.com.

Leave a comment if you want everyone to know about your League!

I don't know exactly how my league was created but I know it's an awesome league, the always help me and the rest of the new members. I hope to win it would be a good chance for me and my league. Kim low carniros

I don't know exactly how my league was created but I know it's an awesome league, the always help me and the rest of the new members. I hope to win it would be a good chance for me and my league. Kim low carniros

Hi! Could you tell us more about your League? It would be great if you could write an one-page story.

...It seems like many dark ages ago that the first walls were built and a lonely spire erected, pinions wavering hopeful in the smokey and darkening light.

Balur and his hoardes, for the moment, felt a little less ominous. There was hope now… But we were alone and battle weary. Surely there must be other honorable Lords to parlay with and rally against the impending doom.

Scouts issued forth the following morning before dawn stuck, in search of any possible allies. Day’s went by without any reports. Finally, pieces of information started to trickle back to command. News of catacombs spewing Balur’s filth upon the tired land and camps of refugees nearby without a place to go. Wretched times these….

Then, just after the first frost of winterstorm hardened the weathered soil, a messenger pigeon flew in with the icy Gail. It landed Perched atop the life spring, dropping it’s message on the central courtyard cobblestones. T’was news from a veteran and Noble lord! The dai shone brightly! He and another great lord from the north; a barbarian clan from Gerkishland agreed in an honorable pact, to form a league of warriors with our humble Keep.

Since that time years have past and other great lords and ladies have joined our cause. Warriors forged through hell stand United and ever vigilant against Balur and any other aggressors that threaten our League of Hells Warriors!

My league POB was created do to not agreeing with my previous Marshal. POB is a smash league we build troops to attack others! We choose who we hit and yes we hit beacons also! Like to find smaller beacons and taking them before giving away. We all aid each other with defense and anything else we try to be family!

The DeathEaters is  a laid back group who Have one another's back ,and is comited to building the leuge and finding new members and Alies "who are chill"

My new dust ask anything of u but what ur willing to du on ur own, no requirements or line apps required just 1 rule fight the enemies at hand and protect your team the best we can.. Cannot ask for anymore but ther are more serious players amongst us that du group hits n hav line apps to talk outa game.. Helps create a bond as a league member but if you don't want to you don't even have speak a word we still have your back

This is my first wargame and I struck gold with my league.  I didn't know what the hell i was doing but right away, my league taught me, helped me and was in all ways fighting for me. So i KNOW i am better because of them :)

My league is international and we love each other. They are supportive...will back your ass when you raid someone better than you cause your stupid....but most of all...family.  I will never leave them.

One day, about 3 years ago, a small league was created by a warrior known across Stormfall under the name of ''showtime''...There were barely a few people with him, but those people were motivated to put efforts in building up the league... The idea behind the league was to create a community of mutual help, respect, honor and basically a place where it is fun to be in. The name '' Brothers in Arms '' was chosen to reflect that spirit. Despite many hardships, the league never gave up and trough patience and perseverence started gathering more and more players and rise in rankings...

At that moment, there were many many leagues stronger than theirs and difficult to defend against. It became clear that in order to rise to the top, one needed to master the game mechanics to the core... Which is why the leadership of that league started experimenting around with the game features and spending months to figure out on how to play the game the best way possible... Among many other things they ended up discovering a great way to increase their power by doing battlegrounds in a very specific way. That method  was shared among league members who vowed to keep the knowledge for themselves.

With knowledge came power and with power came high ranking, which ultimately placed the league in top 1 ranking multiple times. Alliances were built, friendships outside the league were made and many more wonderful people wanted to become Brothers in Arms as well, which over time led to the need of creating 2 more sister leagues to welcome all the new members that wanted to join.

The league is doing well until the present day, constantly growing and evolving. All of this to say that, if you put enough time and strengh of will, you can achieve everything you want ! Never give up !

Elven Dominion is the first Elves league in storm fall and it's a really cool league.  I made this league because I truly wanted something different in the game so I made the league and the family who is honestly just bad