THE HIDDEN SECRETS OF DARKSHINE 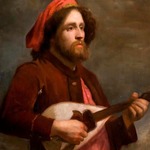 THE HIDDEN SECRETS OF DARKSHINE

Storm clouds of Marennon darkened the skies and turned victory into defeat. Leagues without numbers fell to an endless advance of Orcish Raiders as the half-breed Ogre King of Anher’even sought death and destruction to satisfy Balur’s insatiable thirst for blood.

I found Lord Oberon wounded on the last battlements as hundreds of thousands of orcs breached his castle walls. “We must regroup and fight these devils!” he raged. “Most all but I are slain!” I wailed.

“Legend says the dead from all battlegrounds are not forever-gone but held as captives in select villages, refugee camps, presidios and mage towers,” Oberon whispered. “You have only to achieve victory in the correct place to secure their release.”

Everyone I knew had heard the legends and had rescued paladins, knights, and even a few dragons who swore fidelity to their diminished armies. “There are hundreds of battlegrounds,” I said. How shall we know which ones hold the vast numbers of captives that we need?” I asked.

“Lepracy, the dark sorcerous of Ravenwood, was once espoused to an early Plarium programmer and knows his demented mind as well as her own!” Oberon began to cough blood. “Seek out this wretched daughter of Balur and obtain from her the Hidden Secrets of Darkshine!” he gasped with his last breath.

“Oh great! Another witch to visit,” I mumbled as I lay on a wagon heaped with corpses and pretended to be dead.

The wheels of fate began to turn and sometime later I was able to escape by blind-luck and a nasty romp with an Ogre female named Beooga … but that is another story.

I was more than a year traveling, wandering, searching ….

Inside the dark stone walls and looming battlements, there were a great number of gibblets with the skeletal remains of tortured victims suspended in iron cages. And among them, perched like an overfed vulture, a single ragged farm with swine feeding about a thatched-roof hut.

I found the witch crawling inside a wretched and withered garden picking dark berries from a thorn bush. The sagging skin hanging from her boney fingers was bleeding as she pointed to some unknown horizon. “You’ve come far … seeking my pain.” She smiled showing rotted teeth and a coiled and twisting tongue … in the shape of a black snake.

“I’ve come for that which you keep hidden,” I said drawing a Harvester of Souls from a blood-stained scabbard attached to my belt. “And I’ll have it … or your crushed head … when I leave.”

Lepracy laughed so hard tears poured from her eyes and formed a small pool at her feet. I could see my stunned reflection glistening on the surface. “Long days I’ve watched you approach,” she said wiping her crooked-nose with a filthy gown-sleeve. “Longer days have I hungered to taste the flesh of your agony.” She stood then and lifted a basket woven of dwarf-hair from the worm-riddled ground. It was suddenly overflowing with berries. “But where are my manners? Let us go inside for a sip and a nibble. Business will wait for the moon to attend!”

I turned … and followed the prancing beast inside. 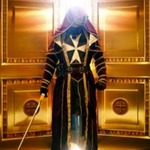 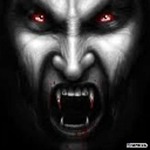 You have written this 2 days ago. And already you have 250+ views. So you don't need some farmer to tell you your worth.

I enjoy reading your tales. Keep them coming. One day, maybe we will have a Stormfall Movie, and you are talented enough to write it. Your writing is well suited for such plots.

I can't wait for the next installment. And I hope the CM will one day reward your services with a forum achievement.

Who would play you?

Who would you have play me?

I am a person who likes to watch good and interesting TV series and movie channel and play games too. My friend recommend but I don't know where to download it safely, anyone know if you can help me.