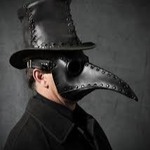 For ages untold I had mind and eyes only for the daughter of King Antares and the Goddess Eir, the breathtakingly beautiful Princess of the Isles of Arc. Her enchanted hair shimmered like the first rays of dawn as it rises over the Western Seas and her voice was the song of morning birds nesting in the misty forests of Dell and Ravenwood. Her eyes were glistening sapphires turned to sallow by some soft enchantment and glowed like candles under the moonlight. She was a fierce and unbreakable warrior of the battlegrounds, slaying thousands of enemies with her enraptured arrows beyond the endless years of the Marennon Wars.

She cried my dusty Sabaton boots wet near one lost summer’s end for my help in her endless fight against the cruel and vicious armies of Balur. I dried her tears with my courage and as I lifted Adelaide to her feet I pledged my sword, my life … and all in the world that they might do … for her love. She kissed me then …and from that moment onward my heart was forever captured … never to be returned.

I fostered strong bonds in my struggle against the vast and terrible Armies of Darkness. Oberon and many others were strong and loyal allies … but it was the Ogre, Maxog who betrayed us all.

As was customary, after a period of extensive Sorcery Bombings, we divided our attacking forces before we stormed Balur’s stronghold. Each of us would magnify our raids in turn so that no single army would bear the bulk of the tremendous casualties.

Maxog secretly sent word to Oberon and others that the attack had been called off, and then laughed when Balur’s forces overran my heroic defenders. As I was pulled through countless blood-filled rivers in chains, I saw Balur paying the dancing Ogre for his treachery with thousands of slaves and vast caravans overflowing with emeralds. I was dragged through the Black Marsh beyond the Anhr’even Gates … to be tortured at my enemies’ leisure.

In order to secure my freedom, Adelaide disobeyed her father, the king, and undertook a long and dangerous journey to the Temple of Shadow hidden far inside the chasms of Everdeep. There she bargained with the Goddess of Darkness for my release. Mara has a heart of stone and the compassion of unbreakable ice to those who thirst in winter. In payment for my safe return, Adelaide was cursed with Bloodthirst … becoming forever a vampire … and an Imperial Priestess of the Dark Order.

Long years have withered my hands and dimmed my eyes but never have they touched the eternal light that glows in my shattered heart. I am broken, but fear no man or vampire, and wander these forsaken lands dressed in rags. I am known to most as Insidious or to others as Black Plague. The village children often throw stones ... though I would harm not one of them. I rummage piled corpses inside stricken cities of sickness and often visit sweltering battlegrounds in the dark of night ... searching always for Sapphires or rare Maranian Amulets.

These precious gems I offer in sufficient numbers each season to the Shade Lord Lovar, in hope that the cruel Master of Darkness might someday swallow his wickedness and send to me a fierce and unbreakable warrior … my beloved Adelaide …with hair shimmering like the first rays of dawn …and eyes of sapphire glowing like soft candles in the moonlight.