HOW DEFENSIVE POINTS ARE CALCULATED 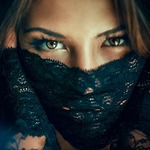 HOW DEFENSIVE POINTS ARE CALCULATED

Today i have found this interesting how to browsing some files. I post it to help you in case u need it. Most of u sure know how it works but lets think about new people and those who still dont know. hope u enjoy it.

The most difficult part to put in a sentence is how defensive points are calculated in a battle. In short, each defensive unit will provide points based on the attacking forces types. So, I will try to explain it with this post.

Let's say an attacker attacks with 250,000 offensive points, and 50% of his offensive points are from Bestiary units, 25% from Occults, 15% from Cavalry, 10% from Infantry, then the defending units will give defensive points on that same spread.

50% of the defensive points of a unit group will be from its Bestiary number, 25% from its Occults number, 15% from its Cavalry number, and 10% from its Infantry number.

With a defense with multiple defensive unit types, you do the same calculation, to get the real defensive points from each unit type.

Many prefer to use the average points of defensive units, to simplify calculation. And I agree in most cases, except for a few units like Griffins, Golems, Dwarven or Balur units. A proper calculation will give a more accurate result with units that have a lot more in one defensive area, especially if a big majority of the defensive units are Griffins, Golems or a specific Balur unit. That's why some BGs of the same level can take more to kill - or less - depending if Balur sends mostly one type.

Let's take the previous example. The average defensive points for a nomad at level 20 is 210, the difference is not that significant from the 204.4 of the current battle. It would mean 210000 defensive points if we simply calculated the average. The battle total would be 460k, the attacker would have 54% of the points and the defender would have 46%. If you lose 45% of your troops, or 46%, it doesn't make much a difference.