A brand new feature has come to Stormfall: the Champion Pass! We're here today to break down how this new feature works, and how you can best use it to enhance your forces.

You must reach at least Level 40 and complete all the Champion Tutorial Quests to be able to participate in the Champion Pass and receive great rewards.

The Champion Pass works very similarly to the Battle Pass. It works in Seasons, each of which lasts one month (starting on the 10th of each month). When a Champion Pass ends, it refreshes your progress and you can begin earning rewards again.

Over the course of a Champion Pass Season, you must earn Champion Pass Levels by spending Energy attacking the Undead and the Corrupted. As you gain Levels, you earn Rewards, and can unlock powerful Special Bonuses.

There are two types of Champion Pass:

The Free Pass is available to all players who can access the Champion Pass. The Royal Pass must be purchased at the Bank.

If you have the Royal Pass, you get more Rewards from gaining Champion Pass Levels, and you get access to Special Bonuses.

If you've got the Royal Champion Pass, however, you get even more Special Bonuses. The most basic is the ability to unlock a larger Season Bank. The Season Bank has 3 Levels, and only the Level 1 Season Bank is accessible to the Free Pass. Season Bank Levels 2 and 3 significantly increase the storage capacity of the Bank, giving you an even better payout come the end of the Season.

Lastly, the Royal Pass also gives you access to infinite Levels! Once you max out your Champion Pass Levels at Level 30, if you have a Royal Pass you can continue to earn Levels, each one granting you a handy Champion Chest.

Champion Chests come in three varieties, and contain helpful goodies you're sure to appreciate.

When a Champion Pass Season ends, unclaimed Rewards will be handled automatically:

- Unclaimed Items will be directly added to your account.

- Unopened Champion Chests will be moved to the "Goods" tab of the Inbox window.

Warning: you have a maximum of 300 Chests in that tab! Be sure to open your Chests, or you'll miss out on Rewards!

- Unclaimed Geists will be added to the "Goods" tab of the Inbox window.

- Your Season Bank will automatically be emptied into your account.

- Additional Bonuses will end, whether they have been claimed or not.

Finally, note that purchasing the Royal Champion Pass will not grant you any Artifacts - the ones used to earn Trunks of Power. 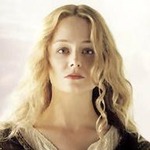 How long is a seson when does it start and end 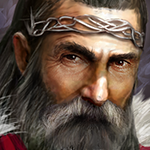